With the recent landmark decision, in which it was held that ethical veganism should be provided legal protections under the Equality Act 2010, Ben McCarthy, employment law writer at Croner-i, explores the law around this decision and what led the tribunal to it. 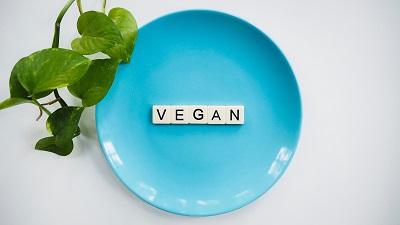 In a long-awaited ruling, the employment tribunal has confirmed that ethical veganism satisfies the tests required to be a philosophical belief and therefore should be afforded protections from discrimination under the 2010 Act. This outcome comes from the case of Casamitjana v League Against Cruel Sports, which concerned the claimant Jordi Casamitjana. The claimant asserted that he had been unfairly dismissed from his position after raising concerns that the organisation’s pension fund invested in businesses that were involved in animal testing. Identifying as an ethical vegan, he argued that his dismissal was due to his beliefs. With the tribunal confirming that such a belief should be afforded legal protections, he is now free to bring a claim for discrimination.

This ruling has received a significant amount of media attention, particularly as it is the first ruling that specifically addresses whether forms of veganism can be considered a protected characteristic for the purposes of equality law. In order to understand what the implications of this are, we must first take a look at the law which led to this decision.

What is a philosophical belief?

Under the 2010 Act, it is unlawful to discriminate against an individual because of their religion (or lack of religion), or philosophical belief. Establishing what can amount to such a belief can be tricky and, over time, many claims have been presented to the tribunal that sought to place this label. In the Equality Act 2010 Statutory Code of Practice, it outlines that a belief “must affect how a person lives their life and perceives the world”; essentially, they will need to base a significant aspect of the way they conduct their daily lives around it. The Employment Appeal Tribunal (EAT) went one step further in the 2009 case of Grainger plc v Nicholson, providing specific guidance on what could constitute a philosophical belief. This case had concerned an employee with a “strongly held philosophical belief about climate change and the environment”. Previously, the tribunal which had heard this case found that the employee’s views had gone beyond “mere opinion” as they affected the way in which he led his life. The EAT upheld this original decision, outlining that, for a belief to be classed as a philosophical belief, it must affect how a person lives their life or perceives the world and must also:

Armed with the Grainger ruling, tribunals have since had clear criteria to apply to subsequent claims where claimants have attempted to establish their beliefs should be considered a philosophical belief. In the 2011 case of Hashman v Orchard Park Garden, the tribunal found that the belief in being against hunting, something which had led the claimant to take part in a number of campaigns against this activity, met the test for philosophical belief. This was because they were strongly held and influenced the way he lived. Likewise, another 2011 case, Maistry v BBC, found that a senior journalist’s beliefs in the “higher purpose of journalism” also met the criteria. The claimant in question held particularly strong views on integrity in news reporting and had argued that his dismissal had been the result of his being “straight up and front” in promoting cultural interchange, citizenship and social cohesion.

Rulings do not always go the claimant’s way, as demonstrated in Lisk v Shield Guardian. Here, the claimant asserted that he had been denied the option to wear a poppy throughout the month of November, which he argued went against his belief in showing respect to those who gave their lives in war. Although the tribunal found that this belief was genuinely held and not just an opinion, it was too narrow to be a philosophical belief as it did not relate to a weighty and substantial aspect of human life and behaviour. In addition to this, perhaps the most high-profile recent example was that of Maya Forstater, who, after tweeting her opinion that transgender women could not change their biological sex, was dismissed from her role. She argued that her views should be considered a philosophical belief but, ultimately, it was held that they were “not worthy of respect in a democratic society”.

Prior to Casamitjana, whether veganism could be classed as a philosophical belief had been debated, but never specifically addressed, for some time. In the recent case of Conisbee v Crossly Foods, the claimant had tried to argue that vegetarianism should be classed as a philosophical belief following his dismissal. Although the tribunal did not dispute that the claimant was a vegetarian, nor that he had a genuine belief in vegetarianism, it noted that there were numerous reasons why someone may wish to adopt this diet, meaning there was no cohesion in the belief. However, it also stipulated that veganism could potentially have been provided this label as a “clear cogency and cohesion” could be seen in vegan belief. It was, however, left to Casamitjana to look at this issue directly.

Following the ruling seen in Casamitjana, tribunals may see an increased number of claimants trying to assert they have been subject to discrimination because of their veganism. It should be remembered that the Casamitjana outcome does not apply to all vegans and specifically addressed the beliefs of the claimant in question in ethical veganism. As the claimant himself has stated, there are many different forms of veganism and he views his own beliefs as something other vegans can work towards. However, similar claims could serve to widen these protections in future, especially if they progress to higher courts, and employers need to be ready for this. What Casamitjana demonstrated was a willingness by tribunals to consider ethical veganism as having equality law protections and, for now, we should proceed under this ruling.

Philosophical belief cases continue to increase and show no signs of slowing down. It does not matter if beliefs seem almost strange to an employer; if the claimant can demonstrate that their belief meets the criteria as outlined in Grainger, they stand a good chance of bringing a successful claim of discrimination. To this end, employers should always be mindful of the way they address differing beliefs in their organisation and be prepared to evaluate if any changes are required. For example, employers should consider if more can be done to assist vegans, particularly ethical vegans, in their employment.