It appears that not a day goes past without another high-profile story of someone losing their job because they’ve posted a personal view on social media which is offensive, inappropriate or against company policy. Whether it’s an Australian rugby player or an over-excited football fan being caught on camera, what action can employers take when personal views are causing a negative impact on your workplace environment? 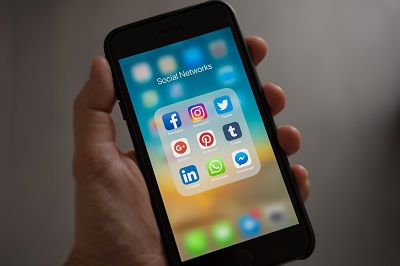 In a diverse mix of employees, it is understandable that no group of people will have the same views. Whether it is a view on religion, politics, Brexit or the TV programme from the night before, your employees will have their own opinion. Moreover, the European Convention on Human Rights protects this, as Article 10 provides the right to freedom of expression and information. This human right includes the freedom to hold opinions, as well as to receive and divulge any information or ideas. In essence, this looks as though employees will have an unrestricted right to hold and communicate their personal views, whether in the workplace or outside, without limit.

In the workplace, employers can introduce necessary and reasonable restrictions on personal views in order to ensure their business is not being detrimentally affected by certain opinions or ideas. The most common way of introducing business-related restrictions are through workplace policies and rules — usually contained within the Employee Handbook. We take a look at some usual workplace policies below.

Alongside an equality and diversity policy, or equal opportunities policy, this will usually introduce rules stating that employees are restricted from communicating in a manner which could be classed as harassment or bullying. This will, therefore, restrict employees from imparting opinions which are related to protected characteristics and have the purpose or effect of violating an individual’s dignity or creating an intimidating, hostile, degrading, humiliating or offensive environment. Most policies of this nature will include examples of harassing or bullying behaviour to highlight which actions are prohibited, and it will be useful to ensure this list covers the communication of ideas or discussing harmful opinions whether made verbally, in person, over the telephone, via email or other messaging services.

Following increasing levels of online and social media usage, most employers introduced rules to ensure employees’ behaviour on these sites remained in line with their internal policies. Most social media policies will address corporate usage and personal usage, although it is clear that personal usage rules cannot be overly restrictive or this will affect employees’ human rights.

The most common type of action taken will be where the employee’s action in expressing their personal view has brought the company into disrepute. A recent example of such action is where the wellbeing charity Happy City dismissed its head of measurement and policy for posting a tweet referring to violence against Nigel Farage as this was contradictory to the charity’s values and condemnation of violence of any kind.

Dismissing an individual for posting inappropriate personal views which bring the company into disrepute will fall within the potentially fair reason of “some other substantial reason” that justified the dismissal, although the employer will still be required to show there has been a fair process carried out and a dismissal was reasonable in all the circumstances. One key piece of evidence required to show the dismissal was reasonable will be that which shows the negative impact the personal view has had on the organisation, or any particular evidence that the opinion has brought the business into disrepute. Reasonableness will also examine factors such as the particular view expressed, the length of service and previous disciplinary record, and how similar actions have been treated in the past.

To avoid being placed in a position where action has to be taken, employers can ensure their workforce is fully aware of the rules relating to expressing inappropriate personal views. Not only by reiterating and reminding employees of the important policies, regular training which starts at the induction period and continues throughout employment can help reduce the likelihood of employees breaching rules on personal opinions. In addition, ensuring there is an internal culture where complaints and concerns can be raised to managers and dealt with efficiently will prevent employees feeling disgruntled and airing negative opinions about the organisation on sites such as social media platforms.