Barrister Robert Spicer summarises a key case where an employee claimed compensation from his employer for a breach of the Personal Protective Equipment at Work Regulations 1992. 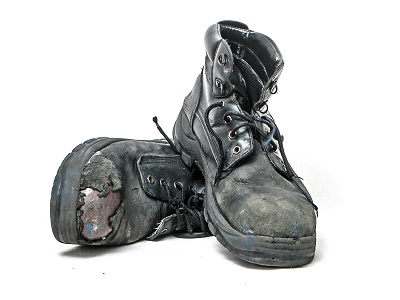 The requirements relating to PPE

Personal protective equipment (PPE) means any device or appliance designed to be worn or held by an individual for protection against one or more health and safety hazards.

It includes the following.

PPE must be provided where it is identified as necessary to protect the health and safety of employees. PPE provided must be suitable for the hazard against which it is intended to protect, be maintained in effective and proper working order, be replaced if lost or found to be defective and have designated storage accommodation.

Employees must be trained in its use and given specified information and instructions, including practical demonstrations if necessary.

Employees must use PPE according to information and training received, report any losses or defects and return PPE to its storage accommodation after use.

PPE must take into account ergonomic requirements, the health of the user and workstation characteristics.

It must fit the worker, and so far as is practicable, prevent or adequately control the risk of exposure without creating overall risk. It must also be designed and manufactured to an approved standard.

The key legislation on PPE in the workplace are the Personal Protective Equipment at Work Regulations 1992, as amended.

The leading case on the application of the PPE Regulations in the context of a claim for compensation is the decision of the House of Lords in Fytche v Wincanton Logistics plc (2004).

The facts, in summary, were that F was a driver of an articulated bulk tanker, collecting milk from farms in all weather conditions. He was provided every six months with steel-capped safety boots designed to protect his feet from heavy, hard or sharp objects.

Following a three-hour period of exposure to extreme weather conditions, he developed frostbite in his toe after water entered his right boot through a tiny hole in the sole. He claimed compensation from his employer for a breach of Regulation 7 of the Personal Protective Equipment at Work Regulations 1992. That regulation states that PPE must be maintained in an efficient state, in efficient working order and in good repair.

The claim was dismissed at first instance on the basis that the condition of the boots was unknown to the employers, could not reasonably have been discovered by them and that the boots were ordinarily satisfactory for F’s work. Regulation 7 only required employers to maintain or repair to preserve the efficiency of the boots against the risks for which they had been supplied.

F’s appeal to the Court of Appeal was dismissed. That court ruled that the absolute duty imposed by Regulation 7 only related to the risks necessitating the use of protective equipment. Further, in order to recover compensation for an injury against which the PPE was not supplied to protect, a claimant would have to establish a breach of the common law duty of care rather than a breach of the PPE Regulations. There was no such breach of duty in the present case.

F appealed to the House of Lords, which dismissed the appeal and made the following points.

It is worth noting that the Enterprise and Regulatory Reform Act 2013 amended s.47 of the Health and Safety at Work, etc Act 1974 (HSWA). Under that section of HSWA, there was a legal presumption that all health and safety regulations involved civil liability unless expressly excluded.

The 2013 Act reversed that presumption. No regulations will impose civil liability unless there is express provision to that effect. There will be no civil enforcement for breach of health and safety regulations.

On facts similar to the Fytche case, employees will have to rely on actions for common law negligence. Breach of statutory duty may have evidential relevance but cannot be claimed in its own right.