Low-carbon hydrogen will play a crucial role in reducing carbon emissions and meeting net zero targets by the end of this decade, the Government claims. But producing hydrogen as a source of heat and power at scale comes with its own unique challenges, as John Barwise explains. 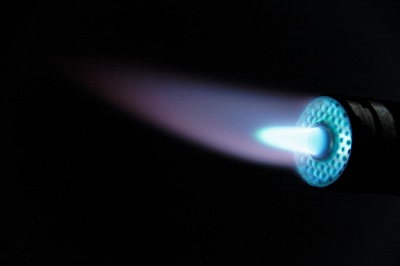 The Government published the UK’s first hydrogen strategy less than a year ago with a commitment to deliver 5GW by 2030. Since then, it has revised its plans to double hydrogen production capacity to 10GW by 2030 — with longer term projections of delivering up to 35% of UK final energy consumption by 2050.

The added sense of urgency follows recent volatility in global fossil fuel supplies, coupled with rising energy prices that have heightened the UK’s vulnerability to global energy markets and forced the Government to redouble its efforts for more “home grown” energy supply options, including hydrogen.

The Government’s preferred option is for a twin track approach, supporting both electrolytic green hydrogen and blue hydrogen production with carbon capture, usage and storage (CCUS).

Green hydrogen is the cleaner option, but blue hydrogen with carbon capture could help drive the industrialisation of carbon sequestration to capture fugitive CO2 emissions from other industrial processes.

The Government’s CCUS plan includes two industrial CCUS clusters by the mid-2020s, and a further two clusters by 2030 with an ambition to capture and store 20–30 million tonnes of CO2 per year by 2030.

Up to £1 billion has been promised to support four industrial clusters in the North East, the Humber, the North West, Scotland and Wales. The UK Oil and Gas Authority (OGA) has recently awarded a licence for carbon storage at the depleted Rotliegend gas fields off the Lincolnshire coast to securely store CO2 in deep geological formations.

The wider plan involves co-locating hydrogen production and use to minimise cost of storage and transmission.

According to the CCC, the largest potential for hydrogen to contribute to decarbonisation is as a low-carbon fuel for heat in buildings and industrial processes. Heating accounts for about 37% of all UK carbon emissions, with 85% of all homes heated by natural gas.

One option that is currently being trialled in a number of locations is to mix 20% hydrogen with natural gas to assess the cost, benefits and safety issues of blending hydrogen in natural gas networks and to monitor the performance of heating appliances.

The Keele University trial, managed by the HyDeploy consortium, involved injecting 20% hydrogen by volume into a private natural gas network at Keele University campus, Staffordshire. During the 18-month trial, 100 homes and 30 university buildings received the blended gas and the project was the first to receive regulatory approval from the HSE to operate a mixed gas network. The project concluded successfully in spring 2021.

Winlaton, near Gateshead, is the first community-based project to receive a 20% hydrogen blend supply via a public network. The HyDeploy pilot scheme supplies 668 homes, a number of small businesses and the local school. The project is run by Northern Gas Network with the support of Gateshead Council and is monitored by HSE. The project ends later this year.

BEIS is also planning to run a neighbourhood trial by 2023 and a village-scale trial by 2025. The village trial will involve a larger and more diverse range of consumers, and conversion of existing local area gas infrastructure to 100% hydrogen. The village of Whitby, in the Cheshire town of Ellesmere Port, has been shortlisted as a contender to be home to the UK’s first “hydrogen village”.

Another trial, run by Hy4Heat — the BEIS hydrogen for heating demonstration programme — and funded by BEIS, aims to encourage the gas appliance industry to produce high-performance hydrogen-based appliance technology — all new homes will be banned from installing gas and oil boilers by 2025, and will instead be heated by low-carbon alternatives. The Hy4Heat consortia partners are encouraged to develop working prototypes of various appliances that would lay the foundations of entirely new customer-focused hydrogen appliances, for both domestic and business markets.

The first hydrogen-fuelled homes — located in Low Thornley, Gateshead — are two residential semi-detached houses where all gas appliances, such as boilers, cookers and heaters, are fuelled exclusively by hydrogen. The project was part funded through Hy4Heat.

Transport is the UK’s largest source of carbon emissions, accounting for over 30%, and a major source of other pollutants that damage human health. The Government is committed to banning fossil fuel vehicles from 2035, and while battery power is suitable for light vehicles, the preferred option for freight and public transport is likely to be hydrogen fuel cells.

The Department for Transport is investing £3 million to establish the UK’s first multi-modal hydrogen transport hub in the Tees Valley. Trials are also underway for the UK’s first hydrogen-ready passenger train, HydroFlex, which can operate under electric, battery and hydrogen power. A refuelling station for hydrogen-powered vehicles has also been set up at Teesside International Airport.

Plans have also been submitted for a pilot green hydrogen production plant and fuelling/distribution centre. The Holyhead Hydrogen Hub will support the decarbonisation of the heavy goods vehicle and maritime markets on the Isle of Anglesey, Wales.

These and other transport trials are part of the Government’s plan for hydrogen to be in use across a range of transport modes, including HGVs, buses and rail by 2030, along with early-stage applications in commercial shipping and aviation.

A recent report summarising the Hy4Heat trials indicates that hydrogen is a viable option for future gas appliances. Early results from other trials also suggest hydrogen is an effective energy carrier for heating, transport and wider industrial use and for energy storage.

Some issues still remain, such as developing new low-carbon hydrogen standards and regulations for various hydrogen distribution networks and appliances, which are currently a work in progress.

More CCUS facilities for blue hydrogen schemes will also be needed as these schemes expand. Infrastructure network systems will also have to be proven to work at scale, given that hydrogen is expected to be rolled out nationally by 2030.

Government funding will be needed both to support infrastructures, innovative technologies and new initiatives that will give investors the confidence that integrating hydrogen into the UK energy network, at scale, is a viable investment opportunity.

Hydrogen is a nascent area of energy policy which the Government admits will depend on the collective efforts of industry, researchers, innovators and investors and the public to help scale up the hydrogen economy over the coming decades to provide security of supply and meet net zero commitments by 2050.