UK exports of goods grew by just 0.2% last year 1. After inflation, that’s actually a net fall. What’s an exporter to do? 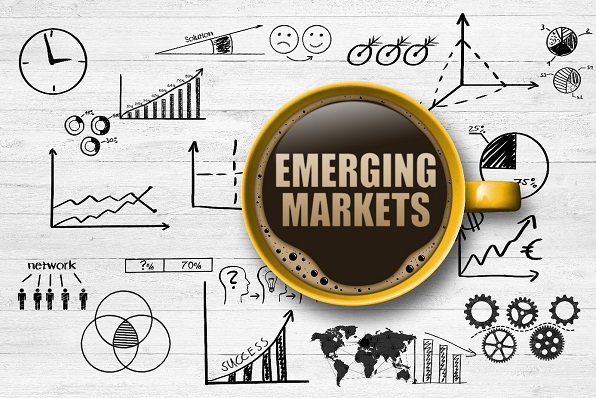 2019 wasn’t a golden year for UK exporters. Sales of goods barely grew at all. A 2.2% growth in rest of the world sales was just about wiped out by a 1.9% fall in sales to EU countries. Services exports fared a bit better, but that’s no consolation for a manufacturing business. The overall picture was affected by a large fall in exports of motor vehicles and parts, but even taking that out of the picture doesn’t make for a much happier story. And of course, 2020 has started with the coronavirus badly shaking confidence.

And yet, behind the gloomy headlines, there are signs of real opportunity. UK exports to three countries more than doubled last year (they were Mozambique, Malta and Azerbaijan), while another 21 saw double digit growth. That list included both The United States and China, so perhaps there’s a silver lining after all?

The United States was the UK’s 15th fastest growing market in percentage terms, but by value it was number one by a very wide margin, boasting a huge £8 billion increase in sales year-on-year. When we look at growth in absolute value terms, five EU countries were among the UK’s ten fastest growing export markets last year, while emerging markets such as Azerbaijan, Ethiopia and The Philippines all featured in the top 20.

Focus Economics 2 has picked out five economies that it predicts will lead the way in economic growth during 2019-2024, and perhaps surprisingly, China isn’t one of them. While the massive Chinese economy is still predicted to enjoy strong growth, the report suggests the real winners over the five-year period will be Rwanda, Bangladesh, Senegal, Ethiopia and Myanmar. Only two of these markets appear in the ten fastest UK export markets (Ethiopia was number four and Bangladesh number seven), so are some exporters missing a trick or two?

It all depends, of course, on the nature of a given business. Overall figures don’t tell us very much about opportunities for a given product or service. But more specific information can quite easily be obtained from public sources, and they may help exporting companies to identify emerging markets that offer potential for them. UK export statistics are searchable by HS tariff code, which is how exporters classify their goods, so it offers a fairly convenient way to find out where other exporters are making headway.

The HMRC website uktradeinfo.com allows us to customise official trade figures to focus on our specific areas of interest. It takes just a few minutes to make a comparison of how an export businesses’ own sales compare with the sector as a whole, and by doing so, perhaps identify markets that are worth more investigation. Subscribers to Croner-i can of course access data for UK exports to a basic (two-digit) level via the country pages, which carry this data for more than 60 of the world’s leading economies.

Of course, looking at UK statistics only compares an exporter’s performance with other UK exporters. It’s a good place to start, but perhaps doesn’t go far enough? A second step could be to extend the search to look at the performance of exporters in other countries. Which countries we want to consider really depends on where we see the greatest competition. Typically, UK exporters might wish to compare themselves with exporters from other developed countries, such as the European Union, the USA, Japan, etc. All major developed economies publish their export statistics online and the data is easily accessible (but because every site uses different methods, the means of accessing the data we need varies). European Union countries publish their own data, but it is also accessible from a single source, the EU’s Market Access Database. Export data for the United States is accessible at census.com and for Japan at customs.go.jp. China also publishes export statistics online (and in English) but the information is often difficult to extract. These few sources alone allow us to see the picture for the world’s leading exporting economies, representing well over half of global exports.

To find out about imports and exports for developing countries, national websites are more of a mixed bag, but the International Trade Centre has a statistics database that can provide data at a less granular level.

The world is facing an uncertain future in regard to trade. Climate change, political instability and a growing sense of uncertainty are all acting as a brake on business investment. And at the time of writing, the long-term effect of the coronavirus on global activity is a matter of considerable uncertainty. And we have haven’t even mentioned Brexit yet!

Exporters have a choice. They can either be the victims of circumstance, or they can carve out their own future. Economic growth is an indicator of growing opportunities for exporters, and sustained growth is being seen in particular in parts of Asia and Africa.

Pace of change in many developing countries is remarkable

The pace of change in many developing countries is remarkable. Education, innovation and investment are transforming countries once thought of as “fourth world”, which is to say they were among the least developed of the less developed economies. Literacy has grown at a startling pace across Sub-Saharan Africa, while access to the internet, often still limited compared to developed countries, is nevertheless making information and technology available to people and businesses in formerly remote parts of the world. And this step-change is leading to rapid changes in consumer habits as well as public investment.

But selling in developing countries brings risks. Very often, there is political and economic instability. Business facilities that we take for granted elsewhere, such as transport infrastructure and banking, can be less reliable. In some markets, risks of corruption are a factor that new entrants need to take into account. But for those who are prepared to put the work in, the long-term rewards are likely to be sizeable.

Developing new business in emerging economies is rarely a task that’s achieved quickly or easily. The sources in this article are only a means to taking the very first step, identifying and evaluating the opportunities. Businesses that embark on such a journey need to be prepared to invest heavily in terms of time and resources, and only reap rewards over the long term. But any business that wants to remain a player in our changing word can’t afford to ignore emerging markets. Such an ambitious and challenging venture needs to start by a careful and honest analysis of the exporting company’s own strengths, weaknesses and resources.