While attention in recent weeks has tended to focus on what will happen at the Channel ports when the UK leaves the single market on 31 December 2020, there is another border between the two. Recently, hauliers and businesses working in or trading with Northern Ireland have been being alerted to the considerable changes that they too can expect at the end of the transition period. The explanation for the forthcoming changes can be found in the Northern Ireland Protocol which was formulated as part of the 2019 Withdrawal Agreement signed by the UK Government and the European Union. 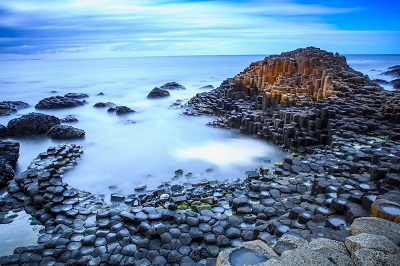 The Cabinet Office has since returned to the subject and produced a series of guides designed to help businesses to engage in the new processes required under the Protocol. These can all be found at https://www.gov.uk/government/publications/moving-goods-under-the-northern-ireland-protocol.

They come with a warning that, until negotiations with the EU conclude, there will be some areas “without complete certainty” but the Government has promised that full guidance will be available by the end of the transition period. The current documents make clear where further guidance will be provided in due course.

Implementation of the Northern Ireland Protocol

With the EU-UK trade negotiations appearing to be stalled and with considerable disquiet in Brussels when the Government introduced its Internal Market Bill, which seemed set to reinterpret the special Brexit arrangements for Northern Ireland in a way that would break international law, the two sides were again divided over the future of Northern Ireland. However, following a meeting in December between the Chancellor of the Duchy of Lancaster, Michael Gove, and the EU Commission Vice President, Maroš Šefčovič, the dispute has been settled.

The Government has published a Command Paper setting out details of an agreement in principle on the implementation of the Northern Ireland Protocol reached by Mr Gove and Mr Šefčovič. This can be found at https://www.gov.uk/government/publications/the-northern-ireland-protocol together with various draft Decision of the Withdrawal Agreement Joint Committee on matters including the determination of goods not at risk and export declarations. The paper outlines how the agreement meets the Government’s three key commitments to the people of Northern Ireland as the Protocol takes effect.

The deal, Mr Gove said, means the whole of the United Kingdom will be able to make the most of the freedoms that come with the end of the Brexit transition period, including giving the Northern Ireland Executive the scope it needs to support its agricultural and fisheries producers outside the Common Agricultural Policy (CAP) and the Common Fisheries Policy (CFP).

It also provides a solution to the inadvertent risk of “reach back” of the Protocol’s state aid provisions to companies in Great Britain, requiring a “genuine and direct link” to commercial operations taking place in Northern Ireland. “This agreement with the EU provides stability and security for the people of Northern Ireland,” Mr Gove concluded. “We have guaranteed unfettered access for Northern Ireland businesses to the whole of the UK market, protected Northern Ireland’s place in the UK customs territory and ensured the smooth flow of trade from Great Britain to Northern Ireland.”

Businesses interested in this Service, which they can also use to get declarations completed on their behalf, are asked to complete a one-page form available at https://www.gov.uk/guidance/trader-support-service. This may mean upgrading to a newer browser (if, for example, a business is still using Internet Explorer 8) but this is explained in a guide to the service which can be found at

Welcoming the new Service, which became operational in September 2020, Northern Ireland Secretary Brandon Lewis said: “This is a unique service that will ensure that businesses of all sizes can have import processes dealt with on their behalf, at no cost.”

At the same time as producing its Command Paper, the Government launched the Movement Assistance Scheme (MAS) to complement the Trader Support Service. The MAS will provide assistance for traders moving food or agricultural products for which specific SPS (sanitary and phytosanitary) controls apply — meaning the Government will cover, for example, reasonable costs for obtaining Export Health Certificates. Businesses can be assured that despite the new requirements of the Protocol, businesses will be supported to deal with new direct costs, Mr Gove emphasised.

On 11 December, HM Revenue and Customs (HMRC) posted a notice confirming the locations that will be using the Goods Vehicle Movement Service from 1 January 2021. Details of how to register with GVMS, which is a border control information technology system for coordinating the movement of vehicles, are available at https://www.gov.uk/guidance/register-for-the-goods-vehicle-movement-service and this became possible on 8 December. The HMRC confirms that Belfast, Larne and Warrenpoint will all be able to support pre-lodged Customs Controls as well as Offices of Transit.