Laura King sets out what we know about the more transmissible variant of Covid-19, and what organisations need to consider. 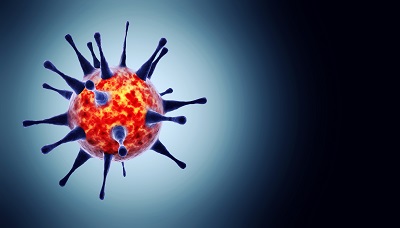 A new variant of Covid-19 (officially known as variant B.1.1.7, but described here as the “new variant”) has been spreading across the UK. First identified in the southeast, ONS data suggests that it now accounts for an increasing proportion of cases across the UK. As a result, it has been cited as one of the main triggers for the current restrictions, and has also led to calls for strengthened government interventions to improve workplace Covid-19 control measures.

What do we know about the variant?

The first thing to note is that viruses constantly change through mutations, and that new variants were always expected to develop over time. Some of these variants come and go relatively quickly, but others will persist.

Covid-19 is no exception and will have mutated many times since it was first discovered. Most of the time these mutations do not have a significant effect, but occasionally, they convey an advantage to the virus that improves its ability to survive and multiply resulting in a new variant.

Currently, there are three variants of concern: one identified in the UK; one identified in South Africa; and one detected in travellers from Brazil. The new variant in the UK has several mutations, including a mutation to the coronavirus spike protein that the virus uses to enter host cells. It is also associated with a higher viral load in the upper respiratory tract.

All three variants appear to spread faster than previous versions of the virus, although the exact mechanisms for their success are still being determined. However, scientists agree that the UK’s new variant has adapted so it spreads more easily, with some early estimates from the New and Emerging Respiratory Virus Threats Advisory Group (NERVTAG) stating that it was up to 70% more transmissible.

Although transmissibility does not necessarily determine how ill people become, in its press briefing on 22 January, the Government announced that early research suggests that the new variant is also more deadly. However, the Government was keen to stress that, while research continues into the impact of the mutations on the effectiveness of the vaccines, they are still considered to be efficacious.

What can help stop transmission of the new variant?

The Government has said that: “The way to control this virus is the same, whatever the variant. It will not spread if we avoid close contact with others. Wash your hands, wear a mask, keep your distance from others, and reduce your social contacts”.

Although the mitigation methods currently in place are thought to be effective, a recent paper from three SAGE sub-groups — the Scientific Pandemic Influenza Group on Behaviours (SPI-B), the Environmental and Modelling Group (EMG), and Transmission Group (TWEG) — outlined that a “step change in rigour of application” may be needed.

In line with this, several organisations including theTUC and the Royal College of Nursing (RCN) have called on the Government to review guidelines to provide assurance that the current standards are adequate. Both organisations have made it clear that their members are concerned about the increased level of risk from airborne transmission and want further clarity on how to best manage that risk.

TUC General Secretary, Frances O’Grady, said: “With new strains of coronavirus spreading like wildfire, workplace safety rules must catch up… The Government must update the rules on ventilation, masks, limits on numbers and social distancing in workplaces. Nobody should be put at unnecessary risk because safety policy is behind the science”.

However, at the time of writing, the UK Government had resisted calls to tighten the majority of workplace Covid-19 secure rules. In a response published in the Financial Times, the Department of Business, Enterprise and Industrial Strategy (BEIS) said that: “The guidance remains under constant review so we can adapt to the growing scientific understanding of the virus and keep the public safe”.

The Scottish and Welsh Governments have, however, have put in place additional requirements for workplaces and shops. In Wales, workplaces are now legally required to review their risk assessments whenever the coronavirus alert level changes, and there are mandatory requirements for shops, including limits on the numbers of shoppers allowed in store, and provision of hand sanitiser.

In Scotland, the “stay at home" regulations came into effect on 5 January 2021 providing further clarity by placing a legal duty on employers to take all reasonable steps to minimise the spread of coronavirus. This includes a legal requirement to support staff to work from home wherever possible.

How to improve compliance

As well as reviewing risk assessments, organisations could also consider how to encourage closer compliance with the expectations and measures that are in place. In their paper, EMG, SPI-B and TWEG suggested that the following can help improve adherence to Covid-19 workplace rules.

Some examples that workplaces could adopt might include the following.

Scientists agree that the UK’s new variant of Covid-19 is more transmissible than other versions of the virus, and so everyone needs to protect themselves and others by following the rules in place. This includes regular washing of hands, using a face covering, and maintaining 2 metres distance from other people.

Workplaces should consider the impact of the new variant as part of a review of their risk assessment. Areas that could be focused on include: reducing the number of indoor contacts, use of face coverings indoors, reviewing ventilation levels, and supporting staff to test and self-isolate if they are symptomatic or have been contacted by test and trace.