With a new version published in 2020, Roland Finch describes how the Plan of Work from the Royal Institute of British Architects can be used as a template for design and manufacture in construction. 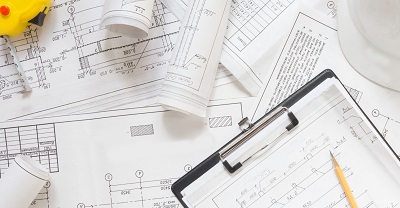 Why do we need a Plan of Work?

When planning the design and manufacture of something, whether it is a structure or a component, it is helpful to have a checklist of the things to be considered and the sequence in which they are to be looked at.

When that something is a building or structure, it is helpful to have a plan that is specifically tailored to the subject matter, and even more helpful to have a plan that everyone is familiar with. There are several “standard” template plans in use throughout the world, with the aim being to regularise the way in which projects are developed, managed and implemented. The UK version is generally accepted to be the Plan of Work (PoW) published by the Royal Institute of British Architects (RIBA).

The introduction to the RIBA PoW Overview — the guidance document that accompanies the PoW — acknowledges that all projects have many areas of similarity. They begin with the task of appointing a professional team then move on to developing a brief, generating and comparing design solutions and finally selecting the preferred option.

This is followed by the detailed production of the final design, the tendering and construction phases, handover and operational phases, and finally deconstruction before the cycle begins again.

Each of the activities is subject to regulatory control, whether as part of development control, competition or health and safety legislation.

There are some differences between the way that various jurisdictions deal with these plans. For example, not all plans consider tendering, or work after completion. But the aim in each case is the same, to produce a repeatable roadmap and checklist, so that consistency in approach can be brought to construction projects, and therefore savings due to increased efficiency will result.

What is the RIBA Plan of Work?

The RIBA PoW document itself has been around since the 1960s, and has undergone a number of changes over the years, with the latest edition published in February 2020.

It divides a project into a series of Stages, from project inception and preparation through design, construction and eventual use. Originally the Stages were signified by letters: Stage A – Inception, through to Stage L – Post practical completion.

In 2013, the PoW was reviewed in what was described as the most radical overhaul to date. At the time, RIBA announced that the Plan would be revisited in due course, taking on board feedback from users, and this has formed the basis of the latest revamp.

As well as reducing their number, the 2013 edition contained a different series of Stages, each numbered rather than indexed with letters.

The 2020 Plan develops this theme, as follows.

As the title suggests, Stage 0 is aimed at the high-level decisions that form part of the business case for the project. It includes considering risks, budget setting and narrowing down the range of possible solutions to address the client’s requirements. The PoW overview notes that it also involves reviewing feedback from previous projects, especially information provided by project stakeholders, and refining procedures to improve them in the light of this feedback. In the project lifecycle, Stage 0 follows on from Stage 7 in the previous project.

At this Stage, the client requirements are looked at in more detail. The PoW Overview explains that the Project Brief will be developed for a specific project, site and the required outcomes. These may be expressed in terms of Project Outcomes, Sustainability Outcomes and Quality Aspirations, which in turn have a bearing on how the design and construction teams are put together. Depending on the experience and expertise of the client, the amount of prescriptive detail at this time can vary considerably, and it is up to the project team to scrutinise this information, and work out the best way to proceed.

It is at this Stage that the architectural concept is developed for the project. A series of proposals should be developed that match the Project Brief. Throughout the process, a number of design reviews should be undertaken, ensuring that the client is fully informed, and the other project stakeholders are involved in the review, and their comments considered. Sometimes the architectural concept will require further development, but the aim is to have it as certain as possible before moving to the next Stage.

As the title suggests, Stage 3 involves a process of refinement, testing and validation of the concept, so that the decisions and assumptions made at earlier Stages will work in practice before proceeding to the later Stages. This can involve some detailed studies and analysis to verify some of the proposed technical solutions. This will also determine some of the principles to be followed with regard to procurement, regulation, and strategies regarding conservation, fire safety and sustainability.

This is the point in the project at which the information required to undertake the construction processes is finalised. In doing so, the PoW Overview proposes that a more detailed responsibility matrix is produced setting out in detail who should do what, and also who takes responsibility for the accuracy of that information. It also notes that there is a difference between who is responsible for producing the information and who is liable for its accuracy, as this may be someone else.

This Stage consists of the actual building work; typically described in a specification accompanied by a building contract. It involves a series of construction activities and their preparation, programming, management and administration. Clarity regarding the level of quality, standards of execution, oversight, inspection, instruction and verification of work is vital. One of the biggest problems the industry faces is the possibility of dispute where these things are not understood by all parties.

Stage 6 begins when the construction work is complete, any defects have been rectified and the work has been formally signed off. This procedure is usually referred to as Practical Completion, although depending on the form of contract used, it may be called something similar but different. Once everything else is done and the final cost is known and agreed, a Final Certificate is issued to formally conclude the construction contract.

At this point, the PoW observes that Aftercare begins. It also means that the process of feedback from all interested parties begins — or more properly continues, as it should be an ongoing process.

“In use” is the term given to the operation and maintenance of the asset. Sometimes this is referred to as facility management, although the term can have a broader meaning if it involves the provision and use of services to support the various activities which take place within the asset, rather than the maintenance of the asset itself. The PoW Overview notes that Stages 6 and 7 can operate concurrently.

It can be seen, therefore, that the PoW covers the whole cycle of construction and operation of a project.

The 2013 plan was subsequently augmented by various “overlays”, the principal ones being Building Information modelling (BIM), as well as a “green” overlay, one for “lean construction”, and another considering “design for manufacturing”. There are a number of similar overlays for the 2020 Plan, although some of the themes have been further developed.

The 2020 Plan of Work focuses on some key themes: sustainability, fire safety and inclusive design are among them. With this in mind, the PoW recommends the development of a series of Project Strategies to deal with these topics.

The 2020 Plan of Work has been developed following several years of feedback from industry on what was, at the time, quite a radical change. It contains a range of new themes, and fine tuning of others. It also tries to co-ordinate with other plans and processes, and bring clarity regarding tasks and responsibilities. Of course, only time will tell how successful that will be, but it is certainly a step in the right direction.