As 2020 unfolds, the UK and EU are both fleshing out new low-carbon visions for the environment. Will the two separate post-Brexit strategies prove compatible or exclusive for business and trade? Jon Herbert looks at some of the issues. 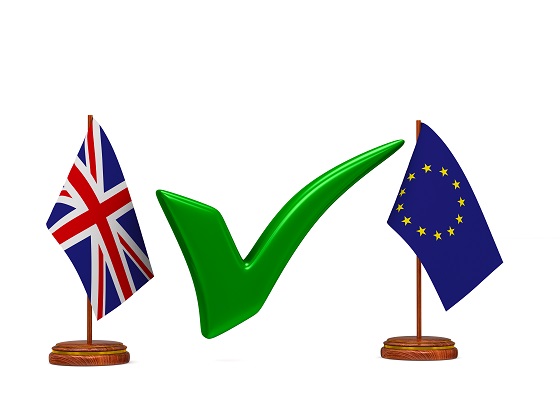 How will the environmental future of post-Brexit Europe be shaped? The EU has been quick to set out a new pan-European grand vision that is already causing friction between east and west. The UK, meanwhile, is rolling out the first stages of a radical new incremental approach.

Continental “Europe” sees the environmental future is a low-carbon and global warming challenge to be met by its new European Green Deal. However, it is not yet a “one-size-fits-all” policy agreed across the 27 remaining EU state members.

Which is why the deal’s new Just Transition Mechanism has been carefully designed to ensure that no part of the reduced community is left behind.

Meanwhile, on the British side of the Strait of Dover, the first signs of a new environmental approach have begun to emerge with announcements expected to accelerate in the weeks and months ahead, including full details of the Environment Bill first introduced to the Commons in January 2018.

The first hint of a radically different strategy from that of mainland Europe are contained in the soon-to-be-unveiled Agricultural Bill mentioned in December’s Queen’s Speech.

While the famous 1930s apocryphal newspaper headline stressed confident separation, most businesses are keener to see cooperation in upcoming trade talks, even though the Prime Minister says the UK will “diverge from EU rules and standards” as a “rule-maker, not a rule-taker” with a raft of changes altering 40 years of EU environmental regulations.

That probably means that the EU’s new negotiating language encouraging the UK to remain in “lock-step” with developing European environmental policies with an "ambition to improve over time" in "dynamic alignment" is unlikely to be received well at No 10.

The following is what we have learned so far.

In a clear break from the EU Common Agricultural Policy based on land ownership, the Agricultural Bill will use financial incentives to encourage farmers to protect soil as a major and overlooked carbon sink, holding some three times more carbon than the atmosphere.

A revised grant funding system will reward good guardianship of soil threatened by intensive agriculture and deforestation. Services to society — clean air and water, flood protection and thriving wildlife — will be rewarded similarly, with changes phased in over seven years. The farming community is still anxious about future imported food standards.

The new Environment Bill is designed to protect and improve the environment for future generations and will now include new legally-binding targets for better air quality.

The Bill will also explain how UK green standards and environmental protection laws will look post-Brexit, their effects on future trade deals, and a policy framework for a new Office for Environmental Protection (OEP) “watchdog”.

The Government has other priorities. One is a commitment to reach 40GW of offshore wind capacity by 2030. The December Queen’s Speech also called for progress towards the net-zero emissions goal ahead of the November 2020 UN COP26 summit due to take place in Glasgow.

There will also be an additional commitment to “ban the export of polluting plastic waste to countries outside of the Organisation for Economic Collaboration and Development.”

And the Government has good post-Brexit reasons for an innovative environmental agenda. Polling figures published by The Independent show that some 70% of UK people questioned, support net-zero emissions by 2030; only 7% oppose. Views expressed crossed all ages and social groups with no regional, generational or urban/rural splits.

The Continent goes its own way

It is designed, she says, to integrate continuous economic growth with genuine solutions for the climate crisis and make the EU an international role model for countries like India and China.

It aims to create a new template for Europe living healthily, working productively and consuming sustainably. More freight will be transported by “green” rail and water.

The EU’s size will almost certainly give it global clout. However, consensus could be difficult. Eastern states object to losing coal and there are fears of new north-south and east-west divides.

The Deal aims to connect public and private sector funding; the Commission will present a Sustainable Europe Investment Plan in early 2020, plus a Green Financing Strategy for private sector funding. The European Investment Bank hopes to inject EUR 100 billion over the next seven years as a springboard for all sectors and regions to catch up and join the pan-European vision.

Total funding is estimated to be EUR 260 billion annually — c.1.5% of 2018 EU GDP. At least 25% of the EU’s long-term budget could be dedicated to climate action, including some 40% of the common agricultural policy budget and 30% of fisheries subsidies.

In March 2020, a “Climate Pact” will be launched giving EU citizens a voice and role in action plans, sharing information, launching grassroots activities and showcasing solutions. Some 77% of European citizens now say protecting the environment can boost economic growth.

Key deal elements will include: — a Biodiversity Strategy for 2030; a New Industrial Strategy, a Circular Economy Action Plan; a Farm to Fork Strategy; and proposals for a pollution-free Europe. Work is underway to upgrade Europe’s 2030 environmental targets.

Like the North of England, many EU regions rely heavily on carbon intensive activities, which means that reskilling programmes, job-creation and new commerce sectors will be a priority.

Importantly, a new carbon border tax could be levied on imports to the EU from exporters with weaker carbon targets. That is not making the US happy which sees it as protectionism.

New EU Commission President, Ursula von der Leyen, describes the new European Green Deal as Europe’s “Man on the Moon moment” that will not leave any part of the EU community behind. However, it is not popular among all member states.

The UK’s new Agricultural Bill suggests a new approach to environmental policy; more details of the Environment Bill and other measures are expected in the near future.