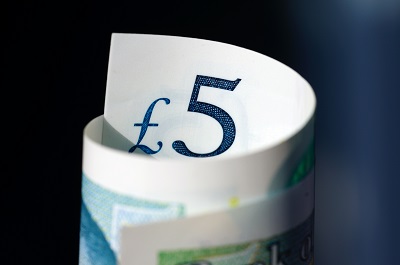 In a historical move, the Government announced on 25 November 2020 that the National Living Wage (NLW) would not only be increasing in 2021 but that the age threshold would be lowered also. This will not only have an impact on the wage rates that staff members will receive from 1 April 2021 but also the attention that employers must pay to their workforce to ensure that those who are entitled to a NLW are not missed out.

First, it is appropriate to discuss the upcoming changes to the minimum wage, of which the National Living Wage is the highest rate of pay. Below is a table which highlights the current rate of NLW and the ages entitled to it, as well as the new structure from 1 April 2021.

As seen, the current age threshold for NLW is 25 years and above, which sits at £8.72 an hour. However, from 1 April 2021, employers must be careful not to include 23- and 24-year-olds to their list of those entitled only to NMW as the NLW threshold has been lowered to cover ages 23 years and over. Therefore, from 1 April 2021 onwards, NMW will only apply to those aged between the compulsory school age and 22.

In the history of minimum wage law, 23- and 24-year-olds have always belonged to the NMW group, albeit at a higher wage band, and this change could potentially act as an indicator of what’s to come. The Government has previously outlined its plan to widen the NLW’s reach in the next few years, so it applies to all those over the age of 21. While such an intention is yet to be laid out as a matter of fact, it can be argued that this threshold shift, at a time that many hoped that minimum wage rates would be paused due to coronavirus, could be used to trial a roll-out of a much lower threshold in the future.

Though the future is unknown and the possibilities it could bring are drowned in speculation, the current change may be given more context if we looked into the background of the NLW.

Background of the NLW

The NLW can be described as a “premium” that was included as part of NMW law and applied, as it does currently and until 1 April 2021, to staff aged 25 years and above. It became compulsory for the first time on 1 April 2016.

In legalising the NLW, the Government’s vision was that of higher wages, lower welfare, and an overall lower tax society. A Government survey around the time the wage was first introduced found that 59% of staff said that they would feel more motivated as the result of the increase. According to the Chancellor at the time, George Osborne, “…over a million people will see their living standards boosted when this comes into force on 1st April”.

The NLW was set-up to cover both workers and employees — including casual labourers, agency workers and apprentices aged 25 and over. This is still the case today; the only difference now is that, from 1 April 2021 the age threshold has been lowered to 23.

It hasn’t always been smooth sailing for a lot of businesses since the introduction of the new law, however.

The Government has relaunched the naming and shaming scheme after a two-year pause (to allow for an evaluation into its effectiveness to be carried out) which carry more stringent penalties on employers who do not pay staff the correct minimum wage rates. Business Minister, Paul Scully, has described a recently published list of 139 organisations who failed to pay their staff the appropriate minimum wage rates for their age groups as a wake-up call to “rogue” employers. It should be noted though that this list not only applies to employers failing to pay NLW but also NMW rates.

After an investigation spanning between 2016 and 2018, it has now come to public knowledge that a total of £6.7 million was left unpaid to over 95,000 employees by both large and small organisations across the UK. According to the Government, this offence occurred for a number of reasons, including that low-paid staff were obligated to cover costs of their work uniforms, training, or parking, as well as employers failing to raise staff pay once they are eligible for a higher wage bracket — eg a 20- turned-21-year-old who became eligible for a higher rate of minimum wage was still being paid at the lower rate.

In light of this, and now that the age threshold for NLW has been lowered, there are some careful considerations that employers should have going forward.

With the introduction of the new NLW threshold, employers should be vigilant to the following two things.

Employers may need to think about how the cost of this change will impact their business and how they can manage this, especially as coronavirus has affected many businesses financially.

Some viable solutions, especially for smaller businesses, may be to:

As a priority, employers should review their current policies to identify which need to be updated to reflect this new threshold change and ensure the purpose of these policies are still relevant; for example:

It is crucial that employers understand how these changes will affect their business and the potential implications of falling foul of the law. It is also important to communicate with staff along the way, taking the opportunity to position the business positively and discuss possible variations to their contracts.

Managers should also be fully briefed and made to understand their position in both the transition the business will need to undergo because of this threshold change and how the change may affect them.

Get expert Care-inform updates for free