Modern slavery continues in many labour-intensive industries, including construction. Dave Howell asks what practical steps can be taken to eradicate this practice across the nation’s construction sites 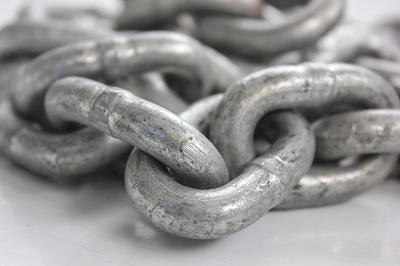 Although many people believe it is no longer present in modern working practices, bonded or forced labour continues across the construction sector. National Crime Agency figures released this month show that the number of potential trafficking and modern slavery victims reported to the authorities has risen by 36% in a year. Last year, nearly 7000 victims were referred, up from 5142 in 2017 and 3804 in 2016.

The construction industry as a whole is an ideal breeding ground for modern slavery. Reliant on migrant labour and with complex supply chains, it is easy for forced labour to become part of these supply chains without the knowledge of the contractor.

Neill Wilkins, Head of Migrant Workers Programme at the Institute for Human Rights and Business, says: “Many companies think of modern slavery as an aberration from the norm. In reality, it’s often a systemic issue embedded within everyday operational processes and in a company’s relationship with external suppliers. That’s why it’s essential that organisations develop clear processes and guidance on human rights and undertake effective due diligence”.

The construction industry as a whole will have to change; although a shift in attitude backed by practical action is already being seen. More ethical procurement is taking its place high on the agendas of construction firms seeking to respond to the public’s outcry about human rights abuses. Change has also been initiated by the Modern Slavery Act 2015, the Non-Financial Reporting Directive, and the UN’s Sustainable Development Goals for 2015 — all of which have impacted the debate and influenced policy across the construction supply chain.

To understand the current state of modern slavery across the construction sector, Croner-i Construction spoke with Head of Business Change, Samantha Ireland, at the Gangmasters and Labour Abuse Authority.

Four years on from the Modern Slavery Act (MSA), what is your assessment of modern slavery across the construction industry today?

“We are doing a huge amount of work to raise awareness of modern slavery and labour exploitation in construction. We are working in partnership with businesses through our Construction Protocol to identify and tackle exploitation.

“The protocol, which has been signed by more than 80 organisations, commits signatories to work in partnership with us to protect vulnerable workers, to agree to share information and to raise awareness through supply chains. Due to the success of the protocol, we are receiving more intelligence and uncovering more cases of exploitation within the sector. As with most things, it’s difficult to assess if the issue has increased or if the industry is now more alert to the issues and confident to report to us when they suspect exploitation.”

What are the pressure points for construction companies as they attempt to eradicate slavery from their businesses?

“The complex nature of subcontracting continues to be one of the key risk factors and transparency in these supply chains remains a challenge. On top of this, there are skills shortages within the industry which creates opportunities for exploiters and adds pressure to the sector to remain ethical and sustainable in competitive environments.”

Is compliance with the MSA being shifted to suppliers in many cases as construction companies contend with constant pressure to deliver profitable, positive growth?

“The industry has previously been criticised for shifting responsibility down the supply chain. However, through the work of the Protocol and as companies become more knowledgeable of the issue, there is much more emphasis on supporting and working with supply chains.”

What are the practical steps construction companies can take to identify any instances of modern slavery across their operations?

“The best practical step would be to sign up to our Construction Protocol.

Other practical steps include training staff to spot the signs of exploitation. This helps them understand what exploitation actually is, and creates a culture where businesses are confident to speak up when suspicions are raised. As the foremost investigative agency for modern slavery and labour exploitation, we are here to help and will always work with compliant businesses.”

Will Brexit have any impact in your view on the level of modern slavery across the construction sector and its supply chains?

"There is no immediate impact for workers in the UK from the decision to leave the EU. Workers from other EU countries continue to enjoy full freedom of movement in the UK labour market, and equal employment law rights, with other UK workers. We are monitoring the situation and have plans in place should Brexit impact on specific sectors of the labour market, including construction.

“Construction remains a high-risk industry for labour exploitation due to its complex supply chains, alongside the often low skilled and low paid work. Offenders are flexible and focused on making as much money as possible by exploiting workers. We have seen cases of exploitation on big commercial sites as well as smaller residential builds. Our ambition is for exploiters to feel this industry is too hot to work in — this can only be done by working together.”

How to tackle modern slavery

The Chartered Institute of Building, in its Building a Fairer System: Tackling Modern Slavery in Construction Supply Chains report, gives some advice on how to tackle modern slavery.

It recommends that organisations ensure that the following safeguards are implemented.

David Camp, Stronger Together Programme Lead, summarises how different departments and staff within an organisation can play a key role.

“Procurement teams need dedicated support in establishing responsible sourcing programmes to prevent and eradicate forced labour and labour trafficking from their supply chains; human resource departments should understand the good practice to prevent and deal with hidden exploitation that may be taking place within their business and through recruitment suppliers; supervisors will benefit from awareness training to spot the signs of worker exploitation.”

Sourcing ethical labour should be a top priority for all construction companies. However, more attention does need to be taken to ensure the elements of the complex supply chain that support construction projects are not easy access points that could result in forced or bonded labour.

To entirely eradicate modern slavery from the construction industry, ownership of the problem must lead to practical change and action by all stakeholders.

Your Modern Slaverytopic explains the supply chain requirements of the Modern Slavery Act 2015, and gives advice on how slavery can be tackled within construction.