“Modern methods of construction” is the latest in a series of initiatives to resolve some deep-seated problems within the industry and involves a number of proposals for improved ways of building. Roland Finch investigates. 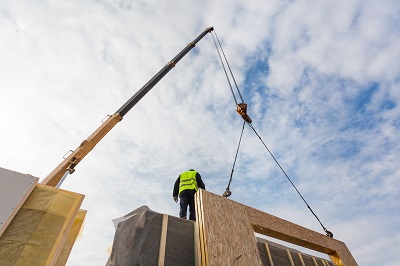 Many of the methods included in the term modern methods of construction (MMC), including offsite construction and a risk-based approach, are not new; however, the term “modern” is used to distinguish them from the so-called “traditional” methods.

The idea is that MMC will enhance the construction industry by delivering construction projects which are better organised, more reliable and more productive, as well as being safer and more sustainable.

A recent report by the Royal Institution of Chartered Surveyors (RICS), Modern Methods of Construction: A forward-thinking solution to the housing crisis?, noted that:

“A combination of acute housing demand and market failures in terms of cost, quantity and quality are forcing the industry and government to look at MMC as a solution. This has culminated in Government including MMC in major housing strategy announcements, recognising that it has the potential to speed up delivery, improve productivity and modernise the sector”.

In June 2019, the UK Government’s Housing, Communities and Local Government Committee published its report, Modern Methods of Construction. Although the principal focus was on improvement within the housebuilding sector, many of the techniques discussed have wider application in other areas.

The Committee defined MMC as:

“A collective term for a wide range of non-traditional building systems. These include modular construction where units are fully fitted out off-site; panelised systems, such as timber or light steel frames; site based MMC such as thin joint block work; and sub-assemblies and components, such as pre-fabricated chimneys, porches, etc.”

It is also interesting to note that the Government committee itself was undecided on what actually constitutes “modern” in this context.It reported that it was felt in some quarters that to be considered “new”, techniques should be truly cutting-edge and innovative rather than reinventions of existing methods.

It was suggested, for example, that timber-frame construction does not fall into the MMC category, as it has been practised for centuries.

The strategic approach to MMC relies on three basic components: the improvement of construction processes, digitisation and performance.

In terms of the improvement of construction processes, the main focus has been on reducing the number of site-based activities by transferring as much as possible of the manufacturing processes offsite.

The theory is that, by prefabricating major components in factory-based locations rather than on a building site, where physical and environmental conditions are not so easily controlled, together with the introduction of automated procedures (similar to those used in the automotive industry), productivity and reliability may be greatly increased.

This in turn relies to an extent on the use of modular components. Our industry currently uses a vast number of bespoke solutions. Although some components can already be viewed as modular — windows, doors, kitchen units, sanitary fittings and so on — there is a great deal which isn’t. Piecing up in brickwork is still commonplace, for example, while the activities of excavation, earthwork and in-situ concrete still depend on large tolerances when executing onsite.

It is also perhaps fair to say that the number of variants of modular items is still too large. Windows and doors come in a bewildering range of “standard” sizes. This all means increased costs of production, as well as reduced economies of scale.

One of the big advantages of modular construction is the increase in the speed of onsite construction. It should be quicker to assemble prefabricated components. It is also argued that these kinds of components can be engineered to be lighter in weight than their traditional counterparts, meaning that smaller foundations are needed, with a consequent saving in cost.

It is probably worth pointing out that the RICS report records that the cost-based evidence for this approach is still being gathered, while there are some counter-arguments on the sustainability front, which suggest that the additional cost in terms of transport and carbon emissions of taking all the materials to a factory and then carrying the finished article to the construction site, make it less environmentally friendly than doing all the construction in one place. But it is to be hoped that over time, further information may be gathered which supports the argument more conclusively.

The second strand to MMC is digitisation. Use of this technique has increased dramatically in recent years, mainly due to the availability of technology, especially in the field of building information modelling (BIM). The Government mandated the use of “level 2” BIM with a compliance deadline of 2016 in England, and a year later in Scotland.

Level 2 requires information in a “collaborative 3D environment with data attached, but may be created in separate discipline models”. Essentially, this means that all the data doesn’t have to be in the same model, but the individual models should still be able to “talk” to each other, or at least the data should be capable of interaction, by using a common exchange format.

There are many advantages of digitisation: it can assist with the design and production processes, together with installation, and the model can be tracked at each stage of development, as well as providing great benefits for those who undertake future operation and maintenance of the building or asset. It also has applications in the monitoring and quality assurance of the whole process from end to end, and means design and construction processes can be repeated, reviewed, and improved.

In order to gain acceptance, the techniques used in MMC will have to demonstrate that they are capable of giving better performance than the alternatives. Whether it is durability, sustainability or simply cost, the emergence of more and more information and technology means that there is more data to collect, more measurements to make and more results to compare. Indeed, as the choice of methods increases, these modern methods will not only be competing against the traditional ones, but against other technologies and innovations.

However, there are a number of barriers to change. First among these is the investment needed. There is a perception that because the technology is new, the cost of implementing it will be prohibitive, and due to the rapid pace of change, may become obsolete very quickly, so there is a reluctance to invest.

This, in turn, is one of the major causes of inertia along the supply chain too, alongside the natural resistance to change and adopt new processes.

Of course, this highlights another issue: for any new technology or process, there is inevitably a skills gap as people learn how to use it. Since the drive under MMC is for innovation, it is likely that the initial skills required might be unique, and the gap more acutely felt.

Add this to lack of familiarity within the industry generally, and one consequence could be that some important decisions are made from a standpoint of risk aversion, meaning that the take-up is slower than it might otherwise be.

The Government report also noted that some aspects of MMC have received negative coverage in the past; eg the term “pre-fabricated” in the housing context has negative connotations following experiences of temporary housing constructed after World War II.

Modernise or Die, the report produced in 2016 following the Farmer Review — an independent Government review into the construction industry — suggested that in the housing market, in particular, there is a tendency that as quantity increases, quality suffers. The conclusion was that modern techniques need to make better use of technology, especially digital technology, and other innovations. It is clear that production and installation techniques have improved significantly over the years, and the incorporation of these into a modern construction process can greatly assist in achieving a number of significant targets, in particular those to do with energy efficiency, sustainability and cost.

It seems that a “modern” approach might help resolve our housing crisis. With the aforementioned improvements in processes and technology, the ability of MMC to support a mass housebuilding programme make it imperative that due support is given by clients, construction firms and planners alike.