Treating women as equal to men does not mean treating the two sexes the same. Women are different biologically and this may need to be taken into account at work. Gordon Tranter investigates how the menopause can affect women’s health in the workplace and suggests how employers can provide support to enable women to continue to work comfortably and productively during this time. 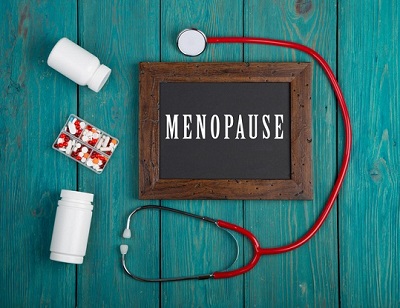 The menopause, otherwise known as the “change of life”, is a natural stage of life that millions of women workers are either experiencing now or will go through in the future. There are around 4.3 million women over the age of 50 currently working in Britain and consequently an increasing number of women of menopausal age are working in the UK.

The menopause is marked by changes in hormones and the end of menstruation (when a woman’s periods stop for 12 consecutive months). For most women the menopause occurs between the ages of 45 and 55, although a minority of women can experience it in their 30s or earlier. The symptoms can last from four to eight years.

While some women experience almost no symptoms, the majority do experience significant changes, such as hot flushes, palpitations, night sweats and sleep disturbance, fatigue, concentration loss, memory loss, irritability, skin irritation, depression and loss of confidence. Urinary problems may also occur during the menopause, and many women have recurrent lower urinary tract infections, such as cystitis. It is common for the need to pass urine to arise urgently or more often.

As such, menopausal symptoms can prove embarrassing for some women, making them reluctant to discuss the issue openly. Working with male colleagues can increase the level of embarrassment and discomfort, eg during hot flushes.

Hot flushes are a major source of distress for many women at work. The symptoms can be exacerbated by working in hot and poorly ventilated environments. Hot flushes can cause embarrassment or other difficulties in relationships with colleagues or clients and can make it more difficult to cope with formal meetings, and high visibility work such as formal presentations.

Women affected by menopausal symptoms are reported to feel less confident. Some women suspect the menopause has a negative impact on their managers’ and colleagues’ perceptions of their competence at work and feel anxious about these perceived performance deficits. Their performance can suffer and situations which would normally have been dealt with easily become more difficult.

There has been an increase in interest in the effects of the menopause at work. In February, in a debate on health services and the menopause in the House of Commons, the Minister for Care (Caroline Dinenage) said: “We need to ensure that workplaces provide the necessary and appropriate support for women. A recent study found that 41% of women aged 50–60 said that the menopause had affected their job, but that 70% did not tell their employer about their symptoms. This demonstrates the work that needs to be done to move beyond shame and silence to an open conversation about the menopause, because half the population will go through it. Giving better support to those women in work is not only right, but fundamentally good for the economy. Women over 50 are now one of the fastest growing groups of employees. They have invaluable skills and experience, which means that they are incredibly difficult to replace. We should be looking to support them to stay in work whenever we can.”

The report Women’s Experience of Working through the Menopause, from the Institute of Work, Health & Organisations at Nottingham University, found that many women going through the menopause felt that their job performance had been negatively affected by their symptoms. Some reported that they worked extremely hard to overcome their perceived shortcomings.

A more recent research report, The Effects of Menopause Transition on Women’s Economic Participation in the UK, from the University of Leicester, lists the negative effects on menopausal women’s quality of working life and performance at work as including:

The research found evidence to suggest that these outcomes have negative effects on time management, emotional resilience and the ability to complete tasks effectively.

Support at work: the problem

Often employers have very little understanding of the difficulties surrounding the menopause and see them as a private matter. Consequently, it is very rarely discussed and organisations are slow to recognise that women of menopausal age may need special consideration. Many women feel that their managers would be embarrassed if they disclosed their problems and consequently do not ask for the adjustments that may help them.

Employers are required under the Health and Safety at Work, etc Act 1974 to ensure the health, safety and welfare of their employees and, under the Workplace (Health, Safety and Welfare) Regulations 1992, to make workplaces suitable for the individuals who work in them. The duty under Management of Health and Safety at Work Regulations 1999 to carry out risk assessments should include any specific risks to menopausal women.

It is not clear that a woman going through the menopause is covered by the Equality Act 2010’s duty to make adjustments. Under the Equality Act 2010, in order for a condition to be classed as a disability in England and Wales, the condition must have a physical or mental impairment which has a substantial and long-term adverse effect on someone’s ability to carry out day-to-day activities. Michael Rubenstein in Equal Opportunities Review, issue 267, states: “It is well known that the menopause can lead to substantial changes to the health of some women and that this can affect their job performance and/or their attendance at work. Yet until now no legal obligation on employers to make adjustments for this has been clearly established.”

Michael Rubenstein does point out that, as a result of the United Nations Convention on the Rights of Persons with Disabilities (CRPD), there has been a change on the effect of the impairment on professional life. Discrimination on grounds of “disability” is prohibited by the EU Employment Equality Directive 2000/78, but the directive contains no definition of “disability”. However, CRPD was applied by the Court of Justice of the European Union (CJEU) in the Ring case (HK Danmark, acting on behalf of Ring v Dansk almennyttigt Boligselskab, see EOR 236) to hold that the directive’s prohibition covers a limitation which results in particular from physical, mental or psychological impairments which, in interaction with various barriers, may hinder the full and effective participation of the person concerned in professional life on an equal basis with other workers, and the limitation is a long-term one.

In the Kaltoft case (Fag og Arbejde (on behalf of Kaltoft) v Kommunernes Landsforening (on behalf of the Municipality of Billund), see EOR 255), the CJEU added that it was sufficient to meet the definition of disability, that there is a hindrance to the exercise of a professional activity. It is also well established that the particular cause of an impairment is not relevant to whether it is to be regarded as disabling. The CJEU’s interpretation has been regarded as binding on UK courts and tribunals. Consequently female employees in the UK may bring cases under the Equality Act 2010.

In the case Merchant v BT plc, considered by an employment tribunal, Ms Merchant alleged that she had been discriminated against on the grounds of her gender because her employer failed to deal with her menopause symptoms in the same way that it would have dealt with other medical conditions.

Ms Merchant was underperforming in her role and had been subject to the capability or performance management process a number of times. She reached a final written warning and her employers were to decide whether to offer her alternative employment or dismiss her. Ms Merchant provided her employers with a letter from her GP. This said that she was going through the menopause, which could affect her level of concentration at times, and also that she was suffering stress from being a carer for two members of her family.

Although the performance management said that there must be investigation into whether her underperformance was due to health factors, the manager carrying out the process decided to not investigate the possible impact of the employee’s menopause. Ms Merchant was dismissed, and subsequently brought claims for unfair dismissal and direct sex discrimination under the Equality Act 2010. The tribunal upheld Ms Merchant’s claims.

Employers should have clear processes to support women coping with menopausal symptoms. As the symptoms of menopause can fluctuate, a flexible approach involving checking with the individual should be taken.

Some businesses have branded themselves as “menopause friendly” as a means of helping recruitment.

Approaches that should be considered include the following.

Stress at work can make some menopausal symptoms worse. The effects of this can be increased by having to make decisions on how to cope with the menopause and taking extra time off work to consult a doctor. It is important that workplace stress is also considered and addressed using the Health and Safety Executive Stress Management Standards.

There are changes to the workplace facilities that can be taken to ensure the working environment does not exacerbate menopausal symptoms. Difficulties caused by hot flushes can be alleviated by access to fans, good ventilation including windows which open and blinds that can be drawn, and by giving menopausal women the ability to control temperature through air conditioning or heating. The provision of cold drinking water, showers and washing facilities also allows better management of hot flushes. Being able to move if an office is small and confined can help in the case of hot flushes.

Clean, well-equipped and comfortable toilet facilities near workstations should be provided for women experiencing urinary incontinence, with showers and washing facilities.

Other changes that can help menopausal women include:

Employers should provide menopausal women with lighter, non-synthetic workplace clothing, uniforms or corporate clothing to accommodate hot flushes. Apart from causing discomfort, the uniform may reveal sweat patches easily or become transparent which can be embarrassing and very upsetting for the affected employee.

Heat stress is a known risk associated with the use of personal protective equipment (PPE). It can be heightened for women and the risk can become even more acute during the menopause. Employers should consider the design of the PPE they provide to mid-life women; and perhaps the time wearing the PPE should be restricted.

Risk assessments of the specific risks to menopausal women should be carried out to ensure that the working environment will not make their symptoms worse. The assessment can review the arrangements to support the needs of menopausal women including:

One risk that should not be overlooked is stress, which can worsen menopausal symptoms, and in some cases has been shown to bring on an earlier menopause.

As women are physically different to men, they face different risks at work and there is a strong case for this to be reflected by including women’s health and safety separately in the organisation’s health and safety policy. This should include the menopause, to ensure that working conditions do not worsen a woman’s symptoms and to retain their skills in the workplace.