The findings and recommendations of this report will have implications not only for security management but also for those with safety responsibilities in such environments, Mike Sopp finds. 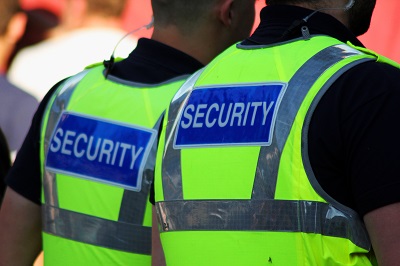 In June 2021, volume 1 of the report of the public inquiry into the terrorist attack at Manchester Arena in May 2017 during the Ariana Grande concert was published.

With recommendations being linked to the proposed new legislative “Protect Duty”, those with responsibility for health and safety may find themselves on the front line in terms of meeting the proposed new duty.

The tragic events of May 2017 saw 22 innocent people lose their lives as a result of a terrorist attack at Manchester Arena. Many more suffered life-changing injuries. The public inquiry into this event has now published its report into the security aspects of this incident.

In conclusion, the Chair of the public inquiry found that the security arrangements at the Arena failed to prevent or minimise the impact of the attack. Although it was concluded that the assailant would still have detonated the device in the event of a “disruptive intervention”, there were missed opportunities that led to the failure.

Part 1 of the report examines further the events of the night and the missed opportunities, including inadequate security patrols, CCTV blind-spots, lack of police presence and not acting on concerns of a member of the public in relation to the attacker.

In addition to the immediate failings, the inquiry examined underlying aspects including the relationships between the various parties involved and responsibilities for security at the event.

The inquiry concluded that both SMG (the arena operator) and Showsec (the crowd control/event security contractor) had duties imposed on them by the UK health and safety regime.

The inquiry did not find that safety was deliberately compromised to save money “even on the balance of probability” but that, on the evidence heard, “SMG and Showsec did not take a number of necessary steps, some of which would have involved the spending of additional money in order to provide a sufficient level of protection against the terrorist threat”.

The inquiry focused on a number of health and safety legislative requirements, which were:

The report looks at these requirements in detail, with the chair of the inquiry concluding that:

Part 6 of the report then provides detailed evidence as to why these conclusions were reached. It highlights, among other factors:

In Part 8 of the report, recommendations are made under the heading of “guarding against complacency”. The conclusion drawn by the inquiry is that the parties involved had become complacent as to the threat of a terrorist attack.

In respect of risk assessing, the recommendations include that each venue and each specific event at the venue should have a risk assessment that takes into consideration the risk of a terrorist attack.

It continues by stating that “inadequate consideration of that risk may result in incorrectly identifying a low risk. This, in turn, may cause those responsible for security to be insufficiently alert. That is what occurred here”.

It further states that “the discipline of undertaking a risk assessment will assist in keeping the threat of terrorism at the forefront of the minds of those who prepare for the event”.

The report makes two significant recommendations associated with the above as follows.

The former recommendation is made as the inquiry had considerable reservations about the approach being used in connection with risk assessing the threat from terrorism.

In respect of the second point, the UK Government currently has an open consultation in relation to the proposed Protect Duty. The consultation aims to consider how to “use legislation to enhance the protection of publicly accessible locations across the UK from terrorist attacks and ensure organisational preparedness”.

A wide range of buildings could potentially be within scope, as the proposed threshold is any accessible public building which is capable of holding gatherings of more than 100 people and organisations employing more than 250 people that operate at publicly accessible places.

For public venues and large organisations within the scope the owners/operators would be required to:

The term reasonably practicable is familiar to safety practitioners but the consultation recognises that applying this concept to protective security may be “new for many venues and organisations”.

As such, supporting Government guidance would provide details of the range of appropriate measures for organisations within scope to consider.