Lung cancer is the UK’s biggest cancer killer and increasingly health and safety campaigners and employers are focusing on this disease in order to tackle the unacceptably high burden of occupational ill health facing the nation’s workers. Marking World Lung Cancer Day on 1 August 2017, Vicky Powell takes a look at the facts about the disease and current efforts to reduce cancer-related respiratory risks to British workers. 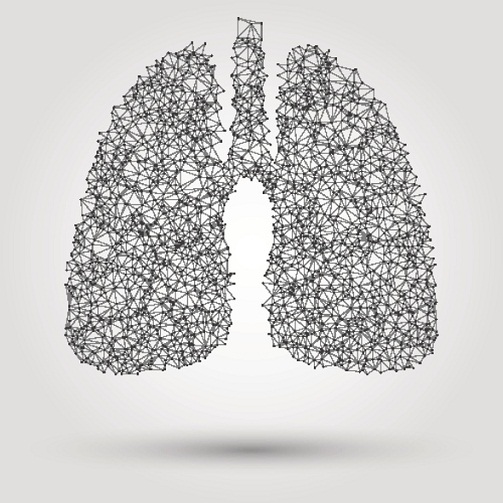 Lung cancer at work — the facts

Smoking remains the greatest risk factor for lung cancer, with an estimated 86% of lung cancers in the UK linked to tobacco smoking. However, exposure to substances like asbestos, silica and radon, as well as air pollution, also greatly increase the risk of developing the disease.

The sixth annual World Lung Cancer Day takes place on 1 August 2017, as an international grassroots initiative. Supporters of the Day have pointed out that lung cancer was a rare disease in the early 20th Century but its incidence has gradually increased in the last 100 years. However, lung cancer remains a preventable disease, considering the key risk factors of tobacco, industrial products, air pollution and nutritional deficiencies. Indeed, recent research has demonstrated that the critical factor increasing the risk of lung cancer is quite simply the long-term respiration of carcinogenic materials.

Increasingly, health and safety campaigners in the UK are taking a targeted approach in their efforts, focusing initiatives for work-related health on the areas where the greatest impacts can be achieved.

Lung cancer is a key focus for both BOHS initiatives.

The Health and Safety Executive (HSE) has identified welding as one of the top ten causes of work-related cancer, causing around 152 deaths a year and, with the aim of maximising improvements in respiratory health protection at work, BOHS has confirmed the initial focus of its latest campaign will be on the key area of welding activities in manufacturing.

Another targeted initiative is that launched in November 2014 by the Institution of Occupational Safety and Health (IOSH). The No Time to Lose campaign aims to raise awareness of occupational cancer and to encourage businesses to take steps to prevent the disease. IOSH’s campaign literature points out that:

In terms of the Health and Safety at Work, etc Act 1974 and the COSHH framework, employers have a duty to undertake a risk assessment and then put in place control measures to reduce employees’ exposures to carcinogens.

In addition to the essential steps of introducing control measures to prevent occupational lung cancer, employers must also provide staff with information about the hazards, risks and control measures, and instruction and training to use the control measures.

The British Lung Foundation (BLF) has pointed out lung cancer is the UK's biggest cancer killer and a third of all people with lung cancer are diagnosed at hospital in an emergency. By this time, they usually have severe symptoms, and the cancer is often advanced, with fewer options for treatment. Only 10% of people survive for at least five years after they find out they have lung cancer, compared with breast and prostate cancer, where 80% of people affected will survive for at least five years.

Because of this, the BLF has launched a campaign to encourage earlier diagnosis of lung cancer, with greater awareness of the signs and symptoms of lung cancer, such as a persistent cough, chest pain and weight loss, so that more people will know when it's time to go see their doctor. Certainly, information about the risk factors and symptoms of lung cancer could usefully be included as topics within workplace wellbeing programmes. Other areas for focus could include employer-sponsored health initiatives, such as smoking cessation programmes, and advice for coping with a co-worker’s cancer.

At a recent event in London in June 2017, IOSH recently showcased the work being done by the 200 supporters of its No Time to Lose campaign in managing exposure to carcinogens in the workplace.

Similarly, in May 2017, the launch of BOHS’s Breathe Freely initiative for the manufacturing sector, attended by the first 70 partners and supporters of the campaign, prompted the Chair of the HSE, Martin Temple, to say, "It is great to see the range of organisations here acting together to improve health and safety.”

Lung cancer statistics — and in particular the survival rates — make for sobering reading but what is encouraging is that increasingly, innovative companies are tackling the issues around lung cancer at work in multifaceted ways, encouraged by campaigns such No Time to Lose and Breathe Freely. And in the process, organisations will not only reduce their workers’ risk of lung cancer, but also improve wider occupational health within the organisation itself, throughout corporate networks and across supply chains.