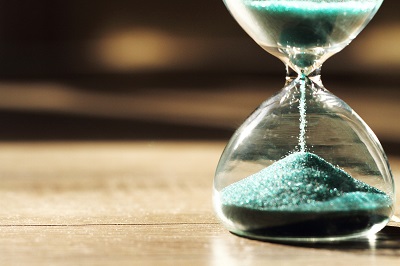 In the recent case of Gregory v HJ Haynes Ltd (2020), the High Court gave further guidance on the extension of limitation periods in personal injury claims resulting from workplace conditions.

Section 33 of the Limitation Act gives power to the courts to override this limitation period if it appears to be equitable to do so, having regard to the degree to which the limitation rules prejudice the claimant, and which would prejudice the defendant.

The facts of the Gregory case, in summary, were that G was employed by HJ as a roofer. He claimed to have been exposed to asbestos dust during his employment and now suffers from pleural thickening and respiratory disability. He is at risk of developing mesothelioma and asbestosis. The limitation period for his claim for compensation started in November 2008 when he first knew about his disease. He contacted solicitors in March 2009 with the intention of making a claim.

HJ was dissolved in December 1992. From 2009 to 2012 the solicitors attempted to identify HJ’s insurers at the time of G’s employment. The insurer was eventually identified in September 2014. A letter of claim was issued in March 2015 and proceedings were issued in September 2017. This was nine years after G had become aware of his condition.

On behalf of G, an application was made to disapply the limitation period. At first instance the application was dismissed. The court stated that G’s solicitors were aware that the clock was ticking but had made very little attempt to identify the insurers between 2009 and 2014. G appealed to the High Court.

That court allowed the appeal and made the following points.

In Pearce and Others v Secretary of State for Business, Energy and industrial Strategy and Others (2018), a group litigation was brought by a large number of former employees of British Coal. They alleged that they had contracted various occupational diseases caused by exposure to coke dust and fumes in the workplace. Ms N, the widow of one of the claimants, brought a claim for compensation after a delay of approximately 25 years.

The defendant argued that the deceased was unable to give evidence about his symptoms and that hospital records had been destroyed eight years after his death in 1997. The High Court allowed the claim. It stated that the essence of the discretionary power was a balance of prejudice. In this case, Ms N had shown that her prejudice would outweigh that of the defendant if the claim was not allowed.

In Donovan v Gwentoys Ltd (1990), D suffered an injury at work in 1979 while employed by G. In 1984 G was told for the first time that a claim was being made against it. A writ was served in 1985 and this was the first time that G knew the details of the claim.

The Court of Appeal ruled that the claim could proceed. D had consulted solicitors promptly as soon as she was aware of her claim. The solicitors failed to issue a writ within the three-year limitation period from D’s date of knowledge.

G appealed to the House of Lords which allowed the appeal. It made the following points.

In Whittaker v Westinghouse Brake and Signal Holdings (1996), W worked for the defendant company for many years. In 1965 he was diagnosed as suffering from silicosis. He was not aware of his right to make a claim for compensation against his employer and in 1991 he died from lung cancer.

His widow became aware in 1993 that a claim could be brought. The employer argued that it would be seriously prejudiced if the claim were allowed to proceed. The court ruled that the claim could continue after a 31-year delay: a fair trial was still possible and witnesses were available. The delay had not been W’s fault because he had not been aware of his right to claim.

Employers need to be aware that claims for compensation for workplace injuries and diseases may be allowed by the courts many years after the event.