Ototoxic chemicals — substances which can harm hearing, even in the absence of noise levels — carry risks which can be under-acknowledged, but are associated with often life-changing effects related to hearing loss. Vicky Powell sets out the case for why employers and workers need to be better informed about this issue. 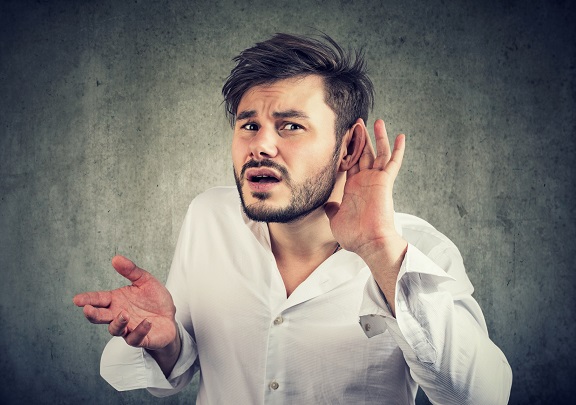 More than a thousand years of history

Research by the European Agency for Safety and Health at Work (EU-OSHA) points out that the Persian philosopher and medical scholar, Avicenna — also known by the lengthy moniker of Abu Ali al-Husayn ibn Abd-Allah ibn Sina Balkhi — was the first person to describe the harmful effect of a chemical substance on ear function.

In his influential Canon of Medicine, written almost 1000 years ago, he warned that when mercury vapour was used to combat head lice, the host could be deafened by the treatment.

Much later on, in the 19th century, the antimalarial drugs quinine and chloroquine as well as anti-inflammatory salicylates became known as inducers of temporary ear impairments.

Then, more recently, in the mid-20th century, hearing impairment caused by streptomycin and other antibiotics prompted pharmacologists and toxicologists to carry out deeper research into the action of ototoxic substances and how they affect the inner ear and the associated signal transmission pathways in the nervous system.

However, it was not until the 1970s, when the ototoxicity of several industrial chemicals including solvents was recognised, that ototoxic substances came gradually to the attention of occupational hygienists.

In 1986, researchers described the remarkable results of a study in Sweden, started in 1958 and involving regular hearing tests in workers.

The study showed that employees in the chemicals sector were suffering from hearing loss, despite being exposed to significantly lower noise levels than workers in sawmills and paper pulp production. Based on the findings, the authors of the study concluded that industrial solvents were an additional causative factor in hearing loss among workers.

Despite early historical references to ototoxic substances, gaps in knowledge about these chemicals remain to this day.

What is known is that several work-related substances like solvents, heavy metals, asphyxiants and certain drugs are known to be ototoxic, having a toxic effect on the ear or its nerve supply, by themselves, in the absence of noise.

However, it should be noted that there are also other substances and effects outside the workplace besides noise levels and chemicals used at work that can harm workers’ hearing.

Research indicates that there is a link between smoking and hearing damage, likely due to a disturbance in blood flow and a reduction in oxygen supply to the inner ear. In addition, tobacco smoke contains hydrogen cyanide, which is an asphyxiant (see the list below of ototoxic substances).

A recent study looking at more than 150,000 smoking and non-smoking adults found that smokers were over 15% more likely to have hearing loss than non-smokers.

Alcohol has also been highlighted as a factor in hearing loss. German researchers tested heavy drinkers, as well as social drinkers, and found that alcohol consumption can damage the central auditory cortex in the brain, the region responsible for interpreting the sounds the ear picks up. When these cells are damaged or destroyed, they can’t be repaired.

The other, and perhaps most obvious, factor affecting hearing loss is ageing. Presbycusis is the loss of hearing that gradually occurs in most individuals as they grow older. The term essentially refers to hearing loss due to a group of age-related physiological effects associated with ageing such as elevated blood pressure and cholesterol levels.

By and large, the effects of presbycusis are characterised by a loss of hearing sensitivity and by a decreased ability to understand speech, particularly in the presence of background noise.

The effects of ototoxic substances are complex in nature but EU-OSHA has highlighted the following substances (in a list which should not be viewed as exhaustive) as ototoxic in that they may harm hearing or compound the damage that noise does.

The Agency has also identified a number of tasks and industries as potentially hazardous for the combined exposures of noise and chemicals, namely:

Ototoxic chemicals are classified as neurotoxicants, cochleotoxicants or vestibulotoxicants, based on the part of the ear they damage. These chemicals can reach the inner ear through the blood stream and cause injury to inner parts of the ear and connected neural pathways. Keywords to look out for on labels or safety data sheets in relation to ototoxic substances may include the following.

What should employers be doing?

In the UK, the Control of Substances Hazardous to Health (COSHH) regime requires employers to control harmful substances. Employers are advised by the Health and Safety Executive (HSE) to prevent or reduce workers’ exposure to hazardous substances by:

In the case of noise-related risks, the Control of Noise at Work Regulations 2005 require employers to prevent or reduce risks to health and safety from exposure to noise at work and employees have duties under the regulations too. The regulations require the employer to:

These two key pieces of legislation, together with the over-arching Health and Safety at Work, etc Act 1974 as amended, represent the main framework by which employers will need to deal with ototoxic chemicals in the workplace.

Unfortunately, awareness around ototoxic substances remains relatively low and the term ototoxic may not appear on many safety data sheets. To this day, there are a number of unanswered questions in the current research and knowledge about ototoxic chemicals. There are various reasons for this, not least because it is difficult for occupational health experts to tease out the specific effects of combined and other confounding factors which can affect hearing such as smoking, alcohol consumption, ageing and exposures outside the workplace, in relation to work-related ototoxic substances alone.

Nevertheless, limitations in understanding this occupational hygiene issue are no excuse for apathy in terms of controlling the risks and raising awareness, given the life-changing risks associated with ototoxic substances.