The construction industry is known for its historically poor health and safety record. Can this be due to the amount of legislation applying to the industry, considering the calls to reduce the amount of “red tape” on businesses? Roland Finch investigates. 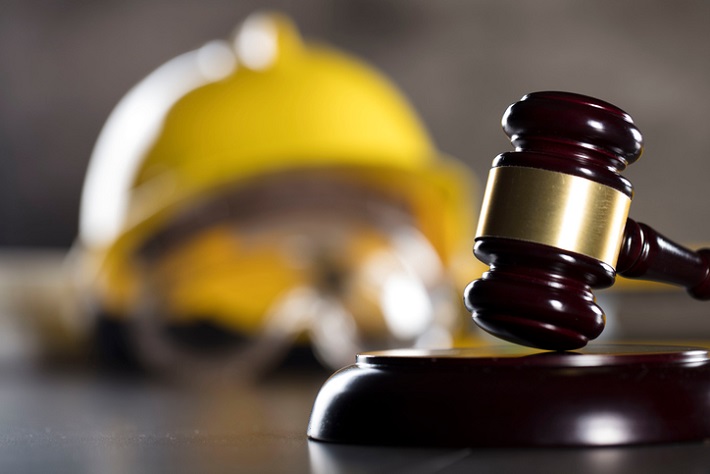 We are all familiar with the widely used term “construction law”, and while it is true that there is some legislation that specifically applies to construction, particularly in the area of contracts, eg the Housing Grants, Construction and Regeneration Act 1996 and the Local Democracy, Economic Development and Construction Act 2009 (both of which have to do with payment and dispute resolution), when it comes to health and safety, construction is usually viewed alongside other forms of economic activity. There are a couple of notable exceptions, such as the Construction (Design and Management) Regulations 2015 (CDM 2015) and the Building Act 1984 and its associated regulations.

Note: Although this narrative describes the position in England, the health and safety legislation is enacted separately in Northern Ireland (NI) (see the Health and Safety at Work (Northern Ireland) Order 1978), while building control is now devolved in Scotland and Wales, but for the most part, the underlying principles are the same.

The principal piece of legislation affecting construction is also one which applies to industry as a whole. The Health and Safety at Work, etc Act 1974 (HSWA) came into force in 1974 and places a duty on all employers “to ensure, so far as is reasonably practicable, the health, safety and welfare at work” of all their employees, and persons working on their premises.

The HSWA is an Act of Parliament, and therefore is referred to as primary legislation. The Act gives the appropriate minister the power to enact secondary legislation — made up of Statutory Instruments (SIs), often referred to as “Regulations”. The HSWA also established what is now the Health and Safety Executive (HSE). The Act and its Regulations are enforced by HSE and local authorities, where applicable.

One of the underpinning principles of the Act was the movement from a “prescriptive” approach to health and safety to a regime of risk management, whereby employers were required to identify hazards and assess the likely impacts, with a view to minimising the associated risks.

It also marked the beginnings of an alignment between UK and EU health and safety law.

The early 1990s brought another set of secondary legislation, this time in response to EU directives intended to harmonise health and safety provisions throughout Europe. Collectively referred to as the “six pack”, they included the:

These SIs obviously cover a range of topic areas, but the approach is similar for each one, based upon the principles of prevention.

The HSE released guidance in the form of HSG65 Successful Health and Safety Management, with a mantra of Plan, Do, Check, Act, reinforcing the message of risk profiling and management.

Two other pieces of legislation which are relevant to our industry are the Health and Safety (Consultation with Employees) Regulations 1996 and the Reporting of Injuries, Diseases and Dangerous Occurrences Regulations 2013. Both of these set out procedures which must be followed when planning or carrying out work, including construction work.

Although these SIs are not specifically aimed at construction, it is easy to see that many of the items covered can and will be encountered in construction projects.

There were also a variety of other topic-based regulations, including those concerned with lifting and lifting operations, work at height, work in compressed air, confined spaces and explosive environments, together with the Gas Safety (Installation and Use) Regulations 1998 and the Electricity at Work Regulations 1989. There is separate legislation dealing with Control of Substances Hazardous to Health Regulations 2002 (COSHH), vibration, noise at work, lead and asbestos.

The construction industry, because of its special nature, also has specific legislation concerning head protection (The Construction (Head Protection) Regulations 1989), notwithstanding that such protection may also be required in other industries.

There are three other SIs that are particularly relevant to the construction industry.

First among these is the Building Act 1984 and its associated regulations.

The Building Act 1984 is the primary legislation. Its stated purpose is to “secure the health, safety, welfare and convenience of persons in or about buildings and of others who may be affected by buildings or matters connected with buildings”.

The Building Act is supported by a series of SIs — the Building Regulations, which set out a list of specific requirements for the construction and alteration of buildings (as defined). These are subdivided into “dwellings” and “non-dwellings” and are supplemented by a series of approved documents providing guidance on how the requirements of the regulations can be satisfied. The regulations also provide for a regime of certification of compliance, including local authorities, approved inspectors and competent person schemes.

Note that this procedure applies in England. “Building control” is devolved in the remainder of the UK, so separate legislation and procedures operate in Scotland, NI and Wales. In addition, some organisations and some kinds of work are exempt from parts of the legislation. It should also be noted that building control is separate from planning permission, although health and safety may be a factor in deciding whether planning permission is given, it will not normally be considered from the point of view of construction.

Perhaps the most well-known construction related legislation — although not necessarily the best understood — is the CDM Regulations.

First introduced in 1994, CDM first came into effect in April 1995, the “Con-Dam” regulations as they were then known, have their roots, like several others, in an EU Directive, specifically Council Directive 92/57/EEC on the implementation of minimum safety and health requirements at temporary or mobile construction sites.

The Directive includes the following wording:

The person(s) responsible for co-ordination on the site shall ensure that employers and self-employed persons apply the general prevention principles, particularly in respect of the situations described, and that the health and safety plan is taken into account when necessary. They shall also organise co-operation between employers in matters of health and safety and check that the working procedures are being implemented correctly as well as ensure that no unauthorised persons enter the site.

There have been three separate enactments of the CDM Regulations, as they are now referred to, the most recent in 2015. The roles and duties of the client, co-ordinators and contractors have been recast several times, but finally appear to align with the Directive.

Despite complaints that there is too much bureaucracy associated with health and safety, in reality the total amount of legislation is small compared with other areas of economic activity. And the effect has been quite dramatic: reducing annual deaths on construction sites from hundreds to tens, with significant reductions in accidents and injuries.

In the light of recent tragic events, a separate thread has emerged — whether the regulations are actually fit for purpose. Whatever the outcome, there will undoubtedly be a call for more legislation and regulation, not less, especially in the area of fire safety, and perhaps more importantly, the testing and accreditation processes, some of which appear to have been based on desktop research, rather than empirical testing of the materials and systems themselves.

However, a separate argument will continue to develop, as to whether it is the rules themselves or their enforcement which needs refining. Where it comes to legislation, of course, there is always an issue with the interpretation of the law, which now, as ever, is a source of much discussion and lawyers’ fees.

One point worth noting is that, following the Health and Safety Offences, Corporate Manslaughter and Food Safety and Hygiene Offences Definitive Guideline issued by the Sentencing Council, which came into effect on 1 February 2016, fines for breaches of health and safety legislation are now based on business turnover rather than profits, with substantially increased the upper levels of fines up to £10 million.

As the cost of human life is incalculable, it is a trade-off worth having.

Roland Finch BSc. FRICS ACI.Arb. is a technical author for the National Building Specification, (NBS), specialising in preliminaries. He is the co-author of BIM for Construction Health and Safety. The views expressed are his own and should not be taken as representing either NBS or RIBA Enterprises Ltd.