Despite their much-improved plateau of recent years, the Health and Safety Executive (HSE) continues to work hard with businesses and industry to reduce deaths from workplace injuries and industrial diseases even further. However, Jon Herbert finds provisional 2017–18 figures emphasise some areas where employees are at particular risk. 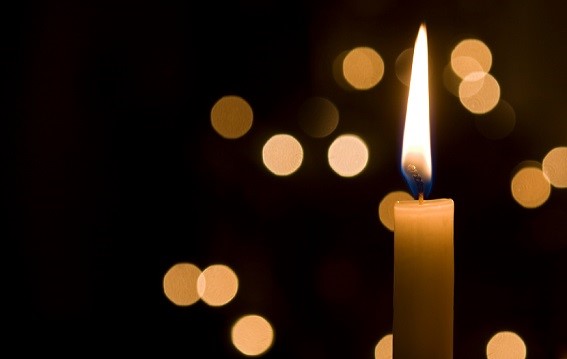 Provisional HSE statistics of 144 industrial fatalities recorded in the year from April 2017 to March 2018 identify key areas of concern for both employers and employees. A full analysis of their causes and implications is due for release in mid-autumn.

Workplace deaths are often related to specific circumstances. However, the new data highlights several sectors and occupations where workers are at higher risk and where training and risk controls are particularly important. It also pinpoints a group of workers who seem to be especially vulnerable.

As Britain’s national workplace health and safety regulator supported by globally-recognised scientific expertise, the HSE is anxious to prevent all work-related death, injury and ill health. It uses regulatory actions to improve behaviour across whole industrial sectors, but also steps in where individual businesses are acting badly. The figures underline the huge progress in just a few decades.

Once again, the industry with the highest mortality rate is construction: in 2017–18 there were 39 deaths. Construction’s average fatality rate over the last five years has been some four times higher than the UK’s industrial average as a whole, despite rapidly changing technologies and improved on-site practices.

Agriculture reported 29 deaths and formed the second largest incident group, some 18 times higher than the UK’s industry-wide average over half a decade.

Perhaps surprisingly, given the relatively low number of employees involved, the traditional waste sector plus the younger recycling industry, experienced a combined 12 deaths. This was again 18 times higher than the moving five-year UK industry average.

The other two large sectors with significant mortality rates were manufacturing plus transport and storage. Both reported 15 deaths in the 12-month period; 1.5–2 times higher than all other industries.

However, the employees who appeared to be particularly vulnerable are workers over the age of 60; 40% of past year fatal injuries were sustained by this group, even though they represent only some 10% of the workforce.

The other significant statistics is that 100 members of the public were killed by work-related injuries. Of these, more than 50% occurred on railway property.

The figures also include the long-term legacy of deaths caused by contact with asbestos before the dangers of working with the naturally occurring mineral were recognised and understood. Mesothelioma is one of the few work-related diseases where deaths can be attributed directly; 2016 figures show the toll to be 2595 in a 12-month period. However, the current mortality rate is expected to fall post-2020 for generational reasons.

The statistics also reveal the three most common causes of injury, irrespective of sector.

The highest — which led to 35 deaths — was falling from height. The HSE’s advice is for competent well-trained experienced people to plan, supervise and carry out work correctly using the right equipment. They should assess all risks carefully, work should be carried out from ground level where possible, work at height or near fragile surfaces is to be avoided wherever reasonably practicable, and workers must never overload or overreach with ladders. Emergency procedures must also be in place.

The second — with 26 deaths — was being struck by moving vehicles. Here, the HSE notes that people associated with vehicles are often visitors from other companies on site for short periods. Even so, employers still have legal responsibilities and need to arrange for visiting drivers to be briefed about site safety, and for clear instructions to be given to pedestrians. Good traffic management is essential to minimise accidents, injuries and deaths.

The third major cause of death — 23 over 12 months — was being struck by a variety of moving objects. Together, these three causes accounted for 60% of fatalities in 2017–18, but don’t include fatal accidents on non-rail transport systems or other work-related deaths from fatal diseases. The Office of Rail and Road has enforcement responsibility for members of the public fatally injured on railways.

How do we compare?

The UK has consistently had one of the lowest international rates of workplace fatalities, with an average over the last five years of 0.45 per 100,000 workers. The most recent 2015 data showed that Britain’s standardised fatality rate is one of Europe’s lowest, comparing favourably with similar large industrial economies in France, Germany, Italy, Spain and Poland.

However, an increase of nine fatalities from 2016–17 means there is no room for complacency despite the sustained long-term reduction since 1981. This has now bottomed-out, according to the HSE Chair Martin Temple, who explained that, “Despite the fact that Britain’s health and safety record is the envy of much of the world, the increase in the number of workers fatally injured is clearly a source of concern.”

He also referred to the major turning point in health and safety of the Piper Alpha disaster in the North Sea exactly 30 years ago as “a reminder of why health and safety is so important” and why it was important to “continue on our mission to prevent all forms of injury, death and ill health at work”.

What happened on Piper Alpha?

On 6 July 1988, 167 out of 228 rig or safety vessels workers died in one of the world’s most deadly oil accidents during an explosion and oil and gas fires on the Piper Alpha production platform some 125 miles east of Aberdeen. A report into the disaster by Lord Cullen found that the operator, Occidental Petroleum, had inadequate maintenance and safety procedures in place.

Lord Cullen made more than 100 recommendations about how safety should be improved in the North Sea that have shaped health and safety thinking today. Occidental and other oil companies had cut back spending dramatically as the price of oil had fell from more than $30 per barrel to $8, comparable to today’s level of more than $100.

At the time, Piper Alpha was Britain's biggest single oil and gas platform, bringing ashore 300,000 barrels a day at Orkney; 10% of the UK’s total. Original modules on the structure were located carefully so that staff quarters were well away from the most dangerous production areas. But, the installation of gas compressors next to the central control room reduced this feature. Construction, maintenance and upgrade work, which continued during production, increased the risks.

Poor shift change communication meant new crew members were not clearly aware that they must not use a key piece of pipework sealed with a temporary cover but no safety valve. Leaking gas ignited and firewalls on the oil platform were damaged by the explosion. It eventually took three weeks for the legendary American wild-well firefighter, Red Adair, to control the blaze, which cost Lloyd's more than £1 billion and was the largest insured man-made catastrophe of the time.

In fact, there has been a big drop in fatal injuries at work since 1981, when reporting workplace injuries was not required of all industries and data was inconsistent. However, in industries that did report, deaths fell sharply from the 1970s onwards. In 1986–87, there were 407 workplace fatal accidents in Britain; within three decades this had fallen by two-thirds, even though the national workforce size had increased. This means that the death rate per 100,000 workers actually improved more than the figures at first suggest.

One reason is said to be the UK’s transition from being an industrial economy into a service-based one. Factories and heavy industry, but also coal mining and steel, were large killers. But, there are new concerns that the new rise in self-employment today is making incidents harder to track. A contractor’s death in a car accident, for example, while travelling to or from a job, or a heart attack working from home, does not count as a workplace fatality.

Ironically, the longer hours and mental pressures of modern white-collar work could be increasing overwork health problems and contributing invisibly to workplace mortality. There are now signs that life expectancy has begun to fall again after increasing for many years.

The full implications of the ill health and injuries data just released will be included in the annual Health and Safety Statistics due to be announced on 31 October 2018.