English and Scottish law is littered with Latin words and phrases, many of which survive from the Middle Ages. Barrister Robert Spicer considers the use of Latin maxims most commonly encountered in health and safety law. 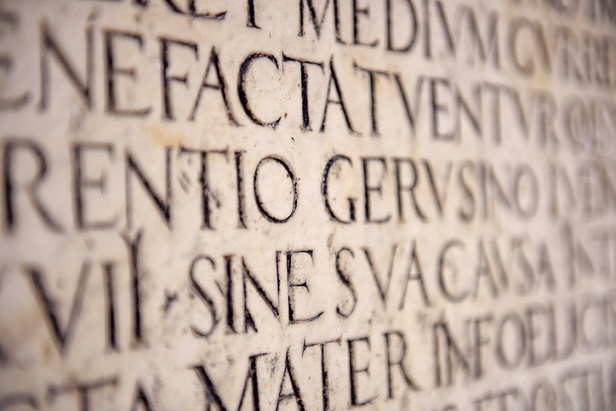 Latin was the language for official documents and a number of Latin expressions were created by medieval lawyers. In 1730 an Act was passed which abolished legal Latin. Two years later this was repealed and legal Latin has remained with us ever since. The use of legal Latin has been the object of sustained judicial criticism.

The use of Latin maxims in the context of health and safety can arise in a number of contexts. Examples include the following.

This means “the consent to the doing of a harmful act will prevent the recovery of compensation for damage resulting from the harmful act” and used to be applied repeatedly in relation to injuries suffered by workers. The courts ruled that knowledge of risks in employment implied consent to that risk. The high water mark of the doctrine was the case of ICI v Shatwell where the House of Lords ruled that a worker who ignored safety regulations and suffered injuries in an explosion could not recover compensation from the employer. The doctrine is no longer applied in health and safety cases.

This means “the thing speaks for itself” and is a rule of evidence which may lead to liability for negligence without further evidence. In the case of Fryer v Pearson (2000), a gas fitter knelt on the floor of a house. The point of a needle buried in a deep-pile carpet pierced his knee. He claimed compensation from the owner of the house. It was argued on his behalf that res ipsa loquitur applied, that the incident spoke for itself and that he therefore did not have to prove negligence. His claim was dismissed. The court ruled that this had been a freak, unfortunate accident. Lord Justice May commented that people should stop using maxims or doctrines dressed up in Latin, such as res ipsa loquitur, which are not readily comprehensible to those for whose benefit they are supposed to exist.

Another relatively recent example of the discussion of res ipsa loquitur is the case of George v Eagle Air Services (EAS) (2009). W was a mechanic employed by EAS. He was killed in an air crash involving an aircraft owned by EAS. His widow claimed compensation from EAS, arguing that res ipsa loquitur applied, and that she did not have to prove negligence, because the aircraft had been airworthy when it took off. At first instance her claim was dismissed because there was no evidence as to how the accident had happened. W’s widow appealed to the Privy Council, which allowed the appeal. It stated that the doctrine of res ipsa loquitur was potentially of great importance in aviation cases. It was not unreasonable to place a burden on the owner/operators of aircraft to produce an explanation which was at least consistent with absence of fault on their part.

This means "from a dishonourable cause an action does not arise". In general, there is a rule of public policy that participation in illegality may provide a defence. The application of this concept is rare, but a Scottish court has recently considered it.

The facts were that DG Ltd, a quarry operator, was fined £200,000 for a breach of the Quarries Regulations 1999. A worker had been killed at DG Ltd’s quarry when a lorry was reversed into a feed hopper. The HSE had decided that a bund, which was intended to prevent such incidents, was ineffective. DG Ltd had engaged N as a health and safety advisor. N had carried out regular inspections and had provided reports.

DG Ltd sought to recover £200,000 from N on the basis that an ordinarily competent health and safety advisor, exercising ordinary skill and care, would have advised that the bund was defective. If DG Ltd had been advised of this, it would have taken steps to rectify the defects before the incident and prosecution. N argued, as a preliminary point, ex turpi causa non oritur actio — DG Ltd could not recover a penalty imposed upon it for its own criminal act. The Scottish court ruled that there was no authority for the proposition that recovery of a loss consisting of a criminal penalty or the consequences of a criminal sanction was necessarily excluded by the ex turpi causa principle. Intentional wrongdoing on the part of the claimant was not the only basis upon which a right of recovery of criminal penalties might be excluded. It could also be excluded by negligence. The case could proceed.

An earlier example of the approach of the courts to the doctrine of ex turpi causa non oritur actio is the case of National Coal Board v England (1954). E was a coal miner. Against clear instructions and in breach of the Coal Mines Order 1954, he helped a shotsman to set up for shot blasting. He coupled up some of the wires which were part of the detonator mechanism. If he had obeyed instructions he would have been out of the way. The employer did not know that miners often helped a shotsman in this way.

Thinking that E had moved to a safe place, the shotsman detonated the explosive. In fact, E was very close to the explosion and was injured. He claimed compensation from the NCB on the basis of the employer’s liability for the negligence of a co-worker. The employer’s defence was that E had acted entirely outside the scope of his employment in helping the shotsman, and this was in direct disobedience to working instructions and was an infringement of coal mining legislation. This put E’s act outside the course of his employment.

The House of Lords rejected this argument. E was carrying out the work of a miner but was doing it in a wrong way. It could not be said that, in acting against instructions, he was engaged in work totally outside his employment. He was acting within the course of his employment and the NCB was liable for the negligence of the shotsman. The fact that E had acted unlawfully was not a defence for the NCB. E’s compensation was reduced for his contributory negligence.