The Home Office has called domestic abuse a “high-volume and high-harm crime” in the UK. Healthcare services have an active role in supporting survivors of domestic abuse, primarily through treating the physical and mental harm it causes. But those involved in setting policy and legislation for this form of violence against women and girls agree that the healthcare system is also an effective environment in which to identify survivors. 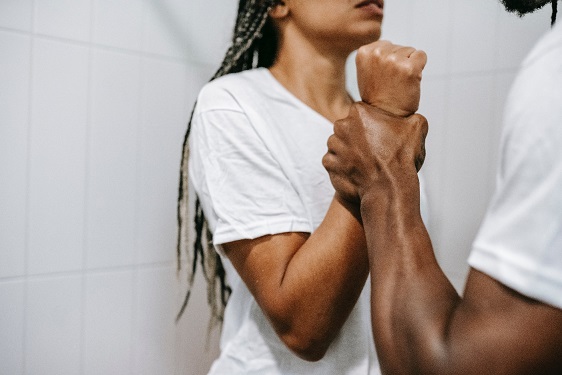 Legislation on domestic abuse has changed since the start of the Covid-19 pandemic. It comes in the form of the Domestic Abuse Act 2021, which has been designed to improve the response to domestic abuse on every level, including in primary care services.

Extent of the problem

Home Office figures are hard hitting. In the year ending March 2020, an estimated 2.3 million adults aged 16 to 74 in England and Wales experienced domestic abuse, the majority of whom were women. In the same year, there were 114 recorded domestic homicides.

Every year the number of survivors of domestic abuse who seek assistance from medical professionals is nearly half a million; 80% of women experiencing domestic abuse will seek help from health services, usually GPs, and they are often a woman’s first or only point of contact.

The role of healthcare services

One of the changes brought by the Domestic Abuse Act 2021 is the codification in law of the role of Domestic Abuse Commissioner (DAC) to improve the quality and quantity of domestic abuse support services. The first commissioner, Nicole Jacobs, described the crucial role health services play in domestic abuse, saying they must be central to strategic thinking because they are trusted environments where people from every background can be reached.

She said this is why it is “critical” to ensure domestic abuse awareness is embedded in the practices of all health settings. Following work to map community-based service provision, to conclude by the end of 2021, she will help the Government develop options on how best to address identified needs across the country.

NHS England said it “actively engaged” in the consultation process on the Domestic Abuse Bill and will be producing a four-year action plan soon. A Commons Briefing, The Role of Healthcare Services in Addressing Domestic Abuse, said this plan will include “recommended training programme and awareness raising for all staff”, and one tenet will be “that any and all victims and survivors of domestic abuse and their children will not be unduly disadvantaged in accessing physical and mental health services when they are forced to move to new accommodation in a different area.”

The Domestic Abuse Act 2021, which applies to England, and to Wales as far as it relates to reserved or non-devolved matters in Wales, strengthens protection for victims whilst ensuring that the law deals with perpetrators.

The main impact on general practice is that the Act prohibits GPs from charging a domestic abuse victim for a letter to support an application for legal aid.

The Act brings the first ever statutory definition of what constitutes domestic abuse. This:

Other changes to be aware of include:

The Government published a refreshed Violence Against Women and Girls (VAWG) Strategy in July, and will be followed by a Domestic Abuse Strategy later in 2021. The former strategy justified separating the two areas stating: “The high prevalence and high harm of domestic abuse warrants a dedicated approach”.

The Domestic Abuse: Draft Statutory Guidance Framework, published for consultation from 3 August 2021 to 14 September 2021, aims to improve institutional responses to domestic abuse by giving best practice and standards for commissioning. It:

Tiered and mandatory specialist training around domestic abuse should be set up in all health services, according to the guide, and health professionals should refer to the Department of Health and Social Care’s (DHSC’s) Responding to Domestic Abuse resource, e-learning and training modules, developed with the Institute of Health Professionals and the Royal Colleges of Nursing and GPs.

The guidance also says health professionals should refer to the Pathfinder Toolkit. It gives good practice for an integrated healthcare response to domestic abuse. Based on learning from the Pathfinder Project pilots, it makes recommendations including that there should be a roll out of IRIS in every GP surgery across the UK.

It has been cited by the DHSC as best practice for responding to domestic violence and abuse, and has informed the Nation Institute for Health and Care Excellence (NICE) guidance and standards on the issue.