The law of nuisance is the branch of English civil law most closely connected with protection of the environment. Nuisance actions have related to pollution by oil or poisonous fumes, interference with leisure activities, offensive smells from premises used for keeping animals, and noise from industrial installations, to name a few. Robert Spicer reports on a recent case involving knotweed. 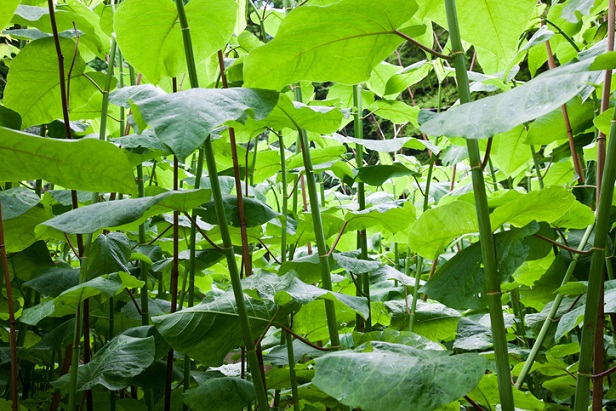 Nuisance is almost entirely a common law, judge-made area of law. It has been supplemented and largely replaced by statutes and regulations aimed at controlling environmental damage. Many old decided cases remain relevant.

Nuisance is divided into public and private nuisances. Public nuisance is an ancient criminal offence which is very vaguely defined. In general terms, a public nuisance is a nuisance which materially affects the reasonable comfort and convenience of life of a class of citizens. Examples include obstructing highways, throwing fireworks in the street and holding a badly-organised pop festival.

Private nuisance is a civil wrong which has been defined as unlawful interference with a person’s use or enjoyment of land, or some right over, or in connection with it. Whether an act amounts to an unlawful nuisance depends on a number of factors, including the time and place of the act, the seriousness of the harm, the way in which it is committed, whether it is done maliciously and whether it is transitory or permanent.

A key nuisance case is St Helen’s Smelting Co v Tipping (1865) which remains good law. The claimant bought property in a manufacturing area. A copper smelting company operated near the property. Fumes from the smelting process damaged trees on the property. The House of Lords ruled that the plaintiff was entitled to damages. It stated that where there is damage to the value of property, the nature of the locality is not relevant. Another example is Spicer v Smee (1946) where the plaintiff’s bungalow was destroyed by fire. This was caused by defective electrical wiring in the next-door bungalow. The plaintiff was awarded damages.

Japanese knotweed is an invasive plant which can seriously damage buildings and construction sites if it is left unchecked. The Wildlife and Country Act 1981 made it an offence to introduce the plant into wild spaces. The plant has a root system which can extend to three metres deep and seven metres wide. It can grow more than a metre per week. The plant is a particular danger to drains, paving, garden walls, outbuildings and other plants. Soil contaminated by knotweed has to be removed under licence. The damage caused by the plant costs approximately £160 million each year in control and property devaluation. Failing to stop the spread of the plant may result in an Antisocial Behaviour Order.

The most recent illustration of the scope of the law of nuisance is the case of Waistell v Network Rail Infrastructure Ltd. W bought a property in South Wales in 2012. He tried to sell the property in 2013. He discovered that there was more than 600 square metres of Japanese knotweed on a railway embankment at the back of his property and that no lender would lend on the property. The plant had not damaged the property but it had affected its marketability. The property was at the top of an embankment leading down to the railway line. The knotweed had been present for at least 50 years, but Network Rail had been warned of the danger posed by the plant some years before the claim.

W brought a claim against Network Rail for allowing knotweed roots and shoots to spread onto his property. He claimed an injunction requiring the removal/treatment of the plants and damages. The claim was based on private nuisance for unreasonable interference with property. The issues for the court were as follows.

W was awarded £15,000 compensation, of which one-third was to pay for an insurance-backed guarantee for a chemical treatment of the plant. He was also awarded £350 a year as general damages for loss of amenity.

It has been reported that Network Rail intends to appeal against this decision.

The Waistell case is not the first example of court proceedings related to encroaching knotweed. In Flanagan v Wigan Metropolitan Borough Council (unreported 1995), a private landowner issued proceedings against the local authority in respect of knotweed which had invaded his garden from the authority’s neighbouring land. The authority was ordered to treat a one metre strip along the boundary between the properties for three years, and to install a reinforced concrete boundary. The authority was also ordered to contribute towards the landowner’s costs.