The UK has left the European Union and is free to set its own rules on trade, and pursue its own plans for economic prosperity and environmental protection. In this article, John Barwise reviews progress following the UK’s departure from the EU, and assesses the implications for businesses and the environment in the long term. 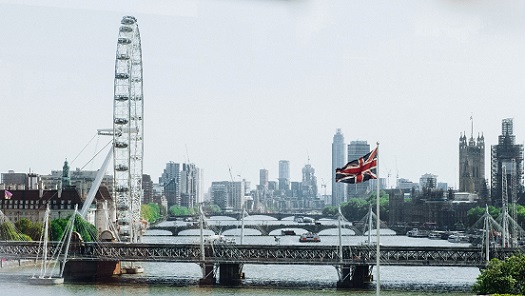 The pro-Brexit campaign mantra was for the UK to “take back control” and have the flexibility to decide its own laws and regulations, rather than follow the dictates of the EU. The campaign convinced a small majority that this was the right course for Great Britain and the Government is now setting its own plans for economic, social and environmental governance.

Extricating the UK from the single market and customs union hasn’t been easy and access to our biggest trading market has meant compromises on both sides of the channel. And, while businesses still enjoy free trade with our European neighbours, many are faced with new layers of bureaucracy, border delays and uncertainties over supply chains. Environmental regulations that have helped to bind businesses to a common set of standards have also been put to the test following the UK’s departure from the EU.

The EU is the world’s largest trading bloc and a leading example of how a level playing field between trading nations works. Fair and open trade with common standards and minimal bureaucracy is what makes the EU trading system work so successfully.

The single market and customs union sets out common trading rules and standards for all member states, which allows for the free movement of goods and services without the added burden of tariffs, quotas and taxes on trade.

Businesses have generally favoured this approach, not least because of limited red tape, but also because all trading partners across the trading bloc must comply with the same set of laws and standards, to ensure fair competition for all.

Most of the UK’s environmental regulations are based on EU laws and Directives, of which the UK has been a major influence and contributor throughout its 46-year membership of the European Community. Environmental laws have had the added benefit of unifying commitments across all member states on key issues such as pollution abatement, environmental protection and climate change.

The UK left the EU on 31 January 2020, and entered a transition period, where all EU law continued to apply in the same way as before. This transition period ended on 31 December 2020, at which point the single market and customs union were replaced by a new post-Brexit Trade and Cooperation Agreement.

Under this new free trade agreement all EU laws, including environment protection, were converted into domestic law and remain in place unless the government decides to amend or repeal legislation.

As negotiations for a post-Brexit trading agreement continued, the then Environment Secretary Michael Gove, told MPs that the Government was committed to a Green Brexit and would aim to strengthen environmental protection, rather than lower standards. Gove also provided much needed impetus at Defra, by introducing the long awaited 25-year Environment Plan, which sets out a long-term environmental improvement strategy for the UK.

In November 2020, the Prime Minister, Boris Johnson, launched a 10 point plan for a “green industrial revolution”, setting out further plans to build back better, support green jobs and accelerate efforts to achieve net zero by 2050. Under these proposals, a £12bn investment strategy “would bring forward ambitious proposals across the economy to cut emissions and secure long-term growth” for the whole country.

Despite the reassurances from Gove and Johnson, analysis from the Greener UK coalition of the UK’s track record shows the Government is failing to deliver on its green Brexit pledge and environmental commitments are in danger of being compromised.

Greener UK’s Brexit Risk Tracker was set up to monitor and report on the government’s post-Brexit performance across a range of business-related environmental policies. Over time, the Risk Tracker has identified several “high risk” areas — from chemical safety to environmental protection and air quality — where policies have fallen or likely to fall below acceptable standards.

Key areas identified as “high risk” include the following.

Air pollution is the single largest environmental risk to public health and harmful levels of air pollutants persist across the country. Britain has been in breach of EU air quality rules for years — legal limits for nitrogen dioxide that should have been met in 2010 are still being breached in 33 out of the UK’s 43 air quality zones.

In an on-going legal case brought against the UK over its air pollution levels, the European Court of Justice (ECJ) accused Britain of failing to meet limits on nitrogen oxide and particulate matter, caused mainly by road traffic, industry, heating and agriculture, and has “systematically and persistently” exceeded annual limits on nitrogen oxide in 16 zones across the country.

The Government says it recognises the need for stronger air quality targets and that the Environment Bill sets new targets to reduce exposure to fine particulate matter (PM2.5) pollution, but the bill is yet to become law and ministers have been reluctant to commit to setting legally binding limits in line with World Health Organization (WHO) recommendations.

EU REACH — the Registration, Evaluation, Authorisation and Restriction of Chemicals, is the global gold standard for chemical regulation and vital for facilitating trade in chemicals across the single market, and protecting human health and the environment from hazardous chemicals.

The environmental audit committee (EAC) describes REACH as “the most important element” of chemicals regulation post-Brexit, with over 50% of UK chemical exports going to EU Member states and over 70% of chemical imports coming from the EU.

EU REACH regulation relies on the integrated role of the European Chemicals Agency (ECHA) and is closely tied to the single market. In early negotiations, former Prime Minister, Theresa May, sought “associate membership” ECHA, which would have allowed continued access to the ECHA chemicals database, but the current UK Government dropped the idea, deciding instead to set up its own UK REACH.

Under the new UK REACH regime, access to UK market means companies will need to prepare new safety dossiers on hazardous chemicals, set up their own REACH data bases and re-register substances already registered with ECHA which could take years to set up. A letter sent to ministers from 25 industry leaders warns that a new regulatory system could cost £1bn to implement and drive businesses to relocate to mainland Europe.

An alternative option put forward by trade associations suggests the UK regulator should rely on publicly available data for the majority of substances registered with UK REACH, and only request full datasets for chemicals considered “most concern to the UK”. But critics argue this would weaken the UK regulator’s duty to protect public health and the environment from harmful chemicals, and break the government’s promise not to lower environmental standards.

For the past two years nature protection has been a high-risk category, following deregulation in some areas that could see vital protections for nature lost or undermined, according to Greener UK. Government departments and statutory bodies such as the Environment Agency (EA) and Natural England that have a legal duty to protect and conserve the environment have seen their budgets and resources reduced significantly.

In a letter to EAC, Tony Juniper, Chair of Natural England said core statutory services funding which supports nature recovery work has been reduced by 45% since 2014 and is below the level required to deliver its statutory duties to a good standard.

National Nature Reserves (NNRs) and Sites of Special Scientific Interest (SSSIs), together with Areas of Outstanding Beauty (AONBs) which represent the most treasured landscape assets in England, have all suffered because of budget cuts. EU nature conservation funding streams, including the LIFE and BEST programmes have not been replaced, further undermining conservation action across the UK.

The EA has also warned that it no longer has the funding or staffing resources to carry out its statutory enforcement work. In a letter obtained under Freedom of Information legislation, The Times newspaper EA Chair, Emma Howard Boyd, said cuts of more than half to the EA’s enforcement budget had come on top of new statutory duties.

The letter went on to say lack of resources meant “serious waste criminals are taking advantage” with more illegal waste sites opening up faster than existing ones being closed down. Despite some improvements in flood defence work, related infrastructures have continued to deteriorate.

Giving evidence to an EAC inquiry, Guy Linley-Adams, a solicitor for the Salmon and Trout Conservation charity, said the EA has not been allowed to get on with its job. Commenting on river basin management he said “there's no shortage of plans, but it's the implementation and the enforcement against those polluters that's been lacking and I'm afraid it's getting worse".

A new Office for Environmental Protection (OEP), created under the Environment Bill, will take over the EU’s regulatory oversight of England and Northern Ireland’s compliance with environmental law with equivalent bodies being set up in Scotland and Wales.

The OEP will be an independent statutory body with powers to scrutinise environmental policy and law, investigate complaints and, if necessary, take enforcement action against public authorities where environmental standards are compromised.

An Interim Environmental Governance has been set up as an interim measure ahead of the Environment Bill becoming law, which is not expected until the Autumn. But concerns have been raised about the independence of the OEP and its enforcement powers, which fall short of those of the European Court and Commission.

Amendments to the draft Environment Bill could allow the Government to issue guidance to the OEP regarding its enforcement policy and limit its powers to intervene in judicial review proceedings.

Commenting on the Bill, IEMA’s Chief Policy Advisor, Martin Baxter, said “to us, that sounds like the watchdog will be constrained from holding government to account. Lots more needs to be done to bring the draft bill up to the level of ambition needed for a comprehensive environmental governance framework that will deliver the future we want.”

The Environment Bill sets out how the Government plans to protect and improve the natural environment which, together with legally binding targets to reduce climate change emissions, sets an ambitious domestic framework for environmental governance for the UK over the next 25 years.

But environmental principles need to be backed up with actions and enforceable governance which, as the Greener UK Risk Tracker shows, is lacking in a number of key areas.