Hate crime is on the increase and all too often reports of incidents spike following emotive events such as the EU Referendum or a terrorist attack. Laura King takes a look at what action can be taken when emotions are running high to stop offensive race-related banter on construction sites. 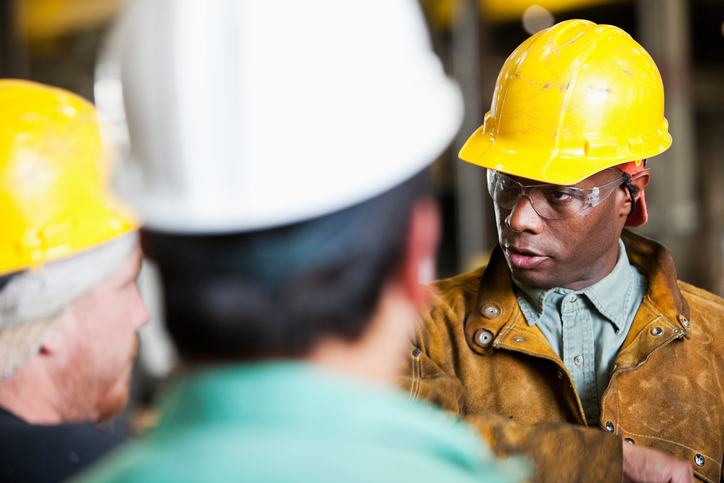 Provisional figures from the Home Office reported that the recorded number of racially or religiously aggravated offences rose by 41% in the month following the Brexit vote. More recent figures show that in 10 police forces, reports of hate crime rose by over 50% in the two months following the Referendum, and in one force — Dorset — figures doubled.

Although criminal offences of hate crime should not be commonplace on construction sites, hate incidents in the form of inappropriate banter, jokes or comments could well be. Within the industry, banter is often a fundamental part of the job; indeed it can make a hard job more enjoyable. However, employers need to be alert to the risk that a joke to one could constitute harassment to another — and under the Equalities Act 2010, employees can bring claims of unlawful harassment against their employer if a comment has offended. This includes comments that have been overheard; potentially a significant problem in open workplaces such as a construction site.

Around 11% of employees in the construction sector are non-UK nationals (rising to up to 50% in London). Of these 11%, 9% are from Europe. With immigration forming a large part of the pre-Brexit debate and taking centre stage in ongoing negotiations, it is not hard to conceive that tensions around immigration are likely to rumble on — and with it the risks of racially-orientated banter getting out of hand.

What is the law?

Unlawful harassment under the Equalities Act includes any unwanted behaviour that offends, humiliates or degrades someone’s dignity, or behaviour that creates a hostile working environment. It can be in almost any form, including banter, practical jokes, teasing, or gossip that is overheard or that gets back to someone.

To define what personal traits are covered, the Act outlines several “protected characteristics”. These include race, religion or belief. If an employee is made to feel uncomfortable because of one of these characteristics, this could constitute unlawful harassment. Some examples of race-related comments that might offend include asking when someone is “going back home”, or saying that they “won’t be able to work here soon”.

Employers have a duty to protect their employees from harassment. They also need to be able to show that they took all reasonable steps to stop the offending behaviour. This includes taking action to stop any harassment from third parties or customers if an employee has made a complaint.

If an employee does not feel as though harassment is improving, they can make a claim in an employment tribunal against both their employer and colleagues.

Four steps to managing banter and protecting your business