Strategic changes to keep Heathrow and UK aviation highly competitive on the world stage, plus an A-road plan designed to help spread prosperity more equally across the UK regions, have been outlined in early summer speeches and policy statements by Secretary of State for Transport, Chris Grayling. Jon Herbert looks at the implications of these proposals. 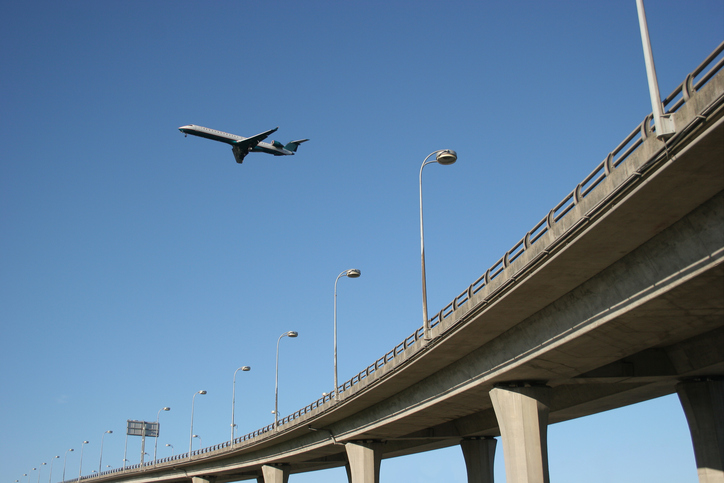 Autumn should see the first publication of a new UK aviation strategy setting out the Government’s intended policy flight path for air travel and the changing faces of air travel infrastructure leading up to 2050.

A Green Paper, setting out variables and options to stimulate debate among airlines, airports, the aviation industry, finance houses, customers, passengers and the public, both as travellers and long-suffering airport neighbours, is to be released ahead of a final White Paper in 2018.

The aim is to tackle thorny but important problems head-on. Without firm action, Mr Grayling told an industry audience recently, flight delays in 2030 caused by inefficient airspace use could be 70 times higher than those experienced in 2015. That would mean one in three UK flights leaving more than 30 minutes late, which is not good for leisure or business. Many noisy aircraft could also be left stacked needlessly over urban areas. Advanced developments are taking place, however.

On an optimistic note, Britain also needs to prepare its transport links for a new economic order, says Mr Grayling. His speech to aviation leaders quoted a PWC report published earlier this year which foresees the UK as the fastest growing G7 economy in the period up to 2050.

The report finds that UK growth will be faster than the EU average and outpace other large economies such as France and Germany. This makes deeper links with the world’s other fast-growing economies not on the UK’s doorstep essential.

However, while the views of as many people as possible are being canvassed, the transport secretary made it clear that there will be no ducking of key questions. This includes complex issues around a final go-ahead decision for a third runway at Heathrow, which the Government still intends to press ahead with. For this to happen, no further primary legislation is needed, which is why it wasn’t included in June’s Queen’s Speech.

Expansion, he explained “… needs to be done right. We’re not interested in expansion at any cost. But the right scheme at the right price”.

Responses to consultations on the Draft Airports National Policy Statement considering arguments around the need for a new northwest runway at Heathrow are currently being reviewed.

On the road again

In a July statement to Parliament, Mr Grayling also told MPs that significant progress has been made in developing a reliable, less congested and better connected transport infrastructure in the five years leading up to 2021.

More than £61 billion will be spent in the period. The deeper underlying aims are to create a more balanced economy, improve business productivity, respond to local growth priorities and help to spread wealth creation across the UK.

Part of the strategy is a new consultation on the creation of a new Major Road Network (MRN) for the most important local authority A-roads. This is in response to a 2016 independent study for the Rees Jeffrey Road Fund which highlighted the funding and planning gap between Britain’s motorways and A-roads.

The existing Strategic Road Network has already created planning and funding certainty for motorways and major dual carriageways. The new aim is to duplicate a similar system for A-roads with the added advantage of funds from the National Roads Fund which draws on Vehicle Excise Duty (VED).

A key part of the new proposals will be a new assessment standard requiring transport investment programmes to be judged on how they contribute to the creation of a more balanced economy, Mr Grayling added, referring back to the objectives of the Government’s Industrial Strategy launched for consultation in January.

An A-road improvement programme will aim to take “away the misery of lorries and through-traffic thundering through rural village on main roads”. It could also help to “unlock new housing projects, improve business links and make it easier for people to travel to work and school by better connected towns and cities”.

In parallel, English local authorities were awarded £75 million in early August for 19 essential maintenance projects. Councils were asked to put forward schemes that will make a real difference to road users. Those selected include junction improvements, repairs and resurfacing, flood resilience measures, bridge and viaduct refurbishment, and improved drainage.

Returning to happy Heathrow landings, Mr Grayling said a crucial goal was to keep landing charges as close as possible to current levels. He added that it is also reasonable to expect passenger fares to fall in price, even after the cost of construction is taken into account.

This, in no small part, would be due to the increased competition a new runway would introduce. Once a final National Policy Statement has been published, Heathrow will follow the set legal process for planning permission.

From a UK regional perspective, a new runway will be important because for the new domestic links it can provide. However, when international ranking is considered, it is only too easy to be complaisant as flights and investments head elsewhere — “a slow trickle quickly becoming a haemorrhage” in Mr Grayling’s words. Which is why getting Heathrow right is important, and why the new aviation strategy must examine “what government can do for the aviation sector” and its discerning present and future customers.

A key consideration will be how future growth can be supported while aviation’s negative effects are reduced. This must include the neighbours of UK airports and the wider environment, the transport secretary emphasised.

All up in the air

While the Government reviews responses to its recent consultation ready for publication in the autumn, there is progress in the skies. NATS — formerly known as National Air Traffic Services — has unveiled iTEC, a new £600 million computer designed to handle more flights and reduce delays. The project should be complete by 2020. By 2030, it could control up to three million flights annually. There are 2.2 million today.

The innovation of iTEC will end the network of invisible “roads” in the sky that has been used for 40 years. Instead, predictive analytics software known iFACTS will allow air traffic controllers to predict aircraft paths up to 18 minutes in advance.

Adding time as an extra dimension over the old network in effect creates an early warning system giving controllers options to adjust flight paths and slow down aerial traffic to minimise holding patterns and annoying re-routing.

Referring to “the political issues of the moment”, Mr Grayling said a priority is to secure best possible access to the European aviation market; the UK’s aviation marketplace is currently the largest in Europe. “Open, liberal arrangement for aviation”, are in the interests of all countries and millions of passengers travelling between them, he said.

Mr Grayling’s conclusion is that the Government has “sought to end the decades of dithering and delay in aviation”, address the capacity question, and change how airspace is managed.