On 24 July 2019, the Driver and Vehicle Standards Agency (DVSA) issued a necessary rebuttal to inaccurate media reports that the decade-low (45.8%) initial driving test pass rate is due to the newly-introduced and “dangerous” pull up on the right manoeuvre. In doing so DVSA highlighted the very strong correlation between driving test faults and the factors that cause accidents, as cited for every type of vehicle in the official Road Accident and Safety Statistics (RAS). 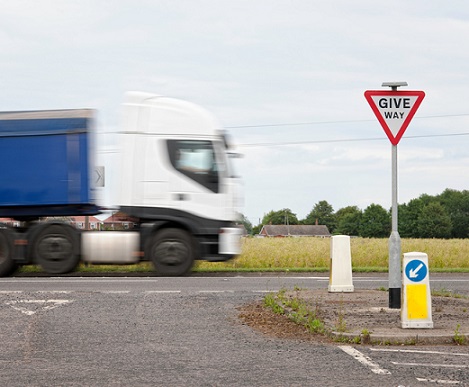 The road accident statistics tables can provide valuable data for transport managers seeking to manage road safety. In this article Richard Smith looks at how managers can use the tables to inform their training and monitoring of drivers in active road safety management.

The official road accident statistics are produced annually and provide a very comprehensive collection of tables analysing road accidents in great detail. The main results and key statistics are published in June and the annual report and the detailed data follow in September. The latest detailed figures available at the time of writing are those for 2017.

The complete collection can be found at GOV.UK website and perhaps the most useful set being the analysis of contributory factors contained in the RAS50 series of tables.

Which country has fewest road deaths?

In terms of the road death rate per million population (the only international comparison available) the UK fares pretty well, coming in fourth place based on 2016 figures. Switzerland and Norway are jointly best at 26, followed by Sweden at 27, then the UK on 28.

In fact, England on its own, equals the Swedish figure but adding in the rates for Wales (33), Scotland (35) and Northern Ireland (37) raises the score.

How can transport managers use the data?

Casualties are, however, the consequence of accidents so preventing accidents will obviously prevent casualties. While road casualties have fallen steadily over the years much of that fall comes from greater safety protection in modern vehicles, not necessarily from a decline in the number of accidents. Indeed, there is a view that making vehicles safer (ie reducing the severity of the consequences of an accident) actually makes people more prone to taking risks, hence having more accidents.

Whenever such relatively low rates of anything occur it is difficult to make any further dramatic reductions and the law of diminishing marginal returns inevitably comes into play. That is to say, any further reduction requires a disproportionately large effort. In that scenario, when the totality can be broken down into several separate components the biggest return will come from tackling the largest component first. By studying the contributory factors in road accident statistics (and perhaps the national variations within the UK) transport managers will be able to see the behaviours that it will be most effective to tackle first.

Observation and use of mirrors

Table RAS50002 gives the headline figures for the nine groups of factors. For 2017 these show:

This bears out DVSA’s point: the top two reasons for failing the driving test were poor observation at junctions and poor use of mirrors which together accounted for 368,047 test failures and the biggest cause of accidents was “failed to look properly” at 41%, nearly double the next highest cause.

Main cause of accidents

An obvious lesson from these statistics is that the headline issues for the media: are actually quite rare as a cause of accidents, particularly among vocational drivers at least when in their work vehicle, those being:

While this is no cause for complacency, the apparent prevalence of these is no doubt owing to the fact that they are specific offences, easily detected and with absolute enforcement standards whereas most of the more frequent causes of accidents would generally come under the heading of careless driving which is more difficult to identify.

However, it is also notable that driving too fast for the conditions (but within the speed limit) outscores exceeding the speed limit for all types of vehicle as does “distraction in vehicle” outscore “driver using mobile phone”.

RAS50005 breaks the figures down not only into all the 78 sub-categories but also by vehicle type, therefore the transport manager can isolate only those accidents involving the type of vehicles for which he or she is responsible. (Note: these data are compiled on a different basis to the headline figures and the numbers are not comparable). This may not be necessary, however, since it is remarkable that, in most cases, while the numbers may be quite different the ranking of contributory factors does not vary much (or at all) between the various types of vehicles.

Failing to read the road correctly

Failed to look properly, for example, is highest for all types of vehicle except buses where it comes only one percentage point down on the highest.

Factors 5, 7, 8 and 9 in the headline figures above taken together indicate that there may be a problem generally with drivers failing to read the road correctly and/or to make an appropriate response to changing conditions.

As well as looking at the figures relating to the particular types of vehicle they manage, transport managers can also gain vital knowledge from looking at those for other types of road users, particularly those classed as “vulnerable”, ie cyclists, motor cyclists and pedestrians. Proper “defensive driving” often involves taking action on behalf of other road users who are acting negligently and it now seems to be accepted that the responsibility for avoiding contact between vulnerable road users and other vehicles rests with the driver of the other vehicle rather than with the vulnerable road user.

While RAS50005 looks at accidents country-wide it is remarkable that the numbers of accidents due to the different causes differs hugely in some cases between different regions of the country. For example, “poor or defective road surface” is cited as a contributory factor in 7 accidents in the North East but 69 in the North West and 110 in the South East. No doubt there are many reasons for this generally, including amount of traffic and nature of the area but table RAS50016 may be instructive for operators in particular parts of the country.

We have considered here only those relating to contributory factors by road user type, but it may also be relevant to look at other tables such as those that break down the statistics by class of road, area of the country, time of day, etc.

The next set of detailed statistics may be expected in September.

If accidents do happen, go to the topic on Road Traffic Accident Procedures.