The European Commission has incorporated a new ‘Innovation Principle’ into its proposed Horizon Europe funding programme, but critics argue this threatens to undermine the Precautionary Principle – the cornerstone of EU regulatory policy – set up to protect human health and the environment from harm. John Barwise looks at the consequences of this subtle but significant shift in policy. 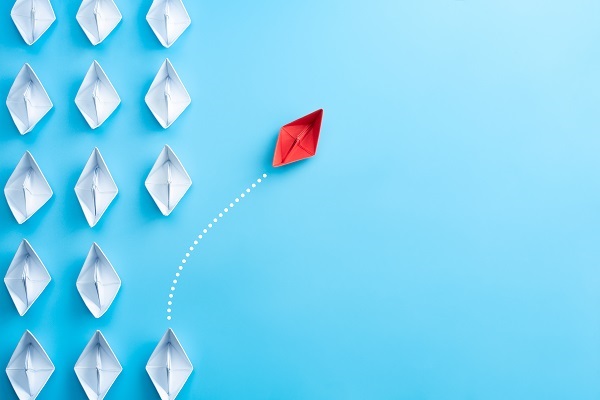 Innovation is a key element of the European internal market and the primary driver in the EU’s highly successful €multi-billion Horizon 2020 research and innovation funding programme, that has helped to improve productivity and stimulate economic growth in Europe.

But there is growing frustration in some industry sectors that innovation is being stifled by the EU’s Precautionary Principle – rules that decision makers often invoke to control or even ban a particular innovative product or process where there is a perceived risk to human health or environment.

The debate is set to intensify following an EU proposal to incorporate a new ‘Innovation Principle’ in the next tranche of research and innovation funding. Supporters of the principle say it is needed to overcome regulatory barriers to innovation, but critics argue it has no legal basis and is incompatible with the EU’s Precautionary Principle.

By definition, innovation is about risk-taking, where novel or experimental ways of creating products or services are explored without fully understanding the impacts or outcomes. These risks can be complex and difficult to deal with because they are often not calculable in advance and the full impacts not fully understood, as is the case with some hazardous substances, where evidence of the potential harm to the environment or human health may be inconclusive.

One of the greatest challenges facing policy makers is how to deal with complex risks and scientific uncertainty, especially those activities that interact with human health, the environment and climate change. Step forward the Precautionary Principle, which regulators apply where there are reasonable grounds for concern that an activity is, or could, cause harm but where there is also uncertainty about the probability of the risk and the degree of harm.

The classic definition of ‘a precautionary approach’ comes from the 1992 Rio Declaration on Environment and Development, which states: "Where there are threats of serious or irreversible damage, lack of full scientific certainty shall not be used as a reason for postponing cost-effective measures to prevent environmental degradation" (UNEP 1992).

The Precautionary Principle PP is a guiding principle of international law. It was incorporated into the design of habitat-conservation plans as part of US Endangered Species Act. Australia and New Zealand invoked the precautionary principle in their lawsuit against Japan for alleged overfishing of bluefin tuna.

The Precautionary Principle also underpins EU environmental law. Under the principle “where there is the possibility that a given policy or action might cause harm to the public or the environment, the policy or action in question should not be pursued.” This rule has been applied to a diverse range of fields, including health protection, environmental regulation, biodiversity management and emerging technologies, and acts as a safety rail for policy makers who need to balance the economic opportunities that innovation offers against any risk to human health and environment.

The UK Government was heavily criticised for not invoking the Precautionary Principle in the 1980s during the outbreak of the BSE crisis. Thousands of cattle were slaughtered in what became known as ‘mad cow disease’. Research by Patterson & Gray (2012) identified the Government’s failure to adopt a precautionary approach to BSE in British cattle, arguing that it was a major policy mistake to interpret ‘no evidence of harm’ as ‘evidence of no harm’.

The BSE crisis was a turning point for the Precautionary Principle. It was invoked in 1989 when the EC banned the importation of U.S. hormone-fed beef. Since the early 1990s, Europe has invoked the precautionary principle as a guide to regulating products ranging from paint strippers to genetically modified crops and driverless cars.

REACH Regulations, which cover chemicals innovation and use across Europe, is also based on the Precautionary Principle, where the burden of proof that a product is safe rests with the manufacturer or supplier, not civil society. The plastic compound Bisphenol A, for example, was used for decades to make baby bottles before its harmful effects on the hormonal system were known. The EU ended up barring it for that use by citing the Precautionary Principle.

Scientific and technological advance continues to be a vital part of the EU’s innovation agenda, but there is growing frustration in some circles, particularly multinationals, that the precautionary principle is hindering innovation. In 2015, industry lobby group, Business Europe, said the EU was lagging behind major competitors and called for ‘a shift of emphasis from prescriptive regulation to a more dynamic and adaptive model’ that supports rather than hinders innovation.

Carlos Moedas, EC Commissioner for Research, Science and Innovation, said the most important challenge is to “put in place a regulatory framework that can adapt to the pace of change of new technologies and new forms of innovation,” or lose the benefits that come from investments.

Horizon Europe 2021-2027, which will succeed Horizon 2020, has been endorsed by the European Parliament. The €100 billion funding programme will build on the achievements of the previous research and innovation programme (Horizon 2020) and crucially, for the first time, will incorporate the Innovation Principle.

The move has angered consumer groups and environmental organisations. Around 70 civil society organisations released a statement calling for the removal of the Innovation Principle which they claim is an industry-created tool that will handcuff public decision makers and undermine key policies and regulations protecting human health and the environment.

The statement claims that far from inhibiting innovation the Precautionary Principle actually spurs innovation and encourages businesses to shift away from harmful products such as ozone-depleting substances and global warming gases.

“For innovation to work for the public good, it must not harm people or the planet. It is the role of regulators to guide innovation in the right direction for the good of society,” the statement says.

Should the proponent of an activity, rather than the public, bear the burden of proof? According to the European Court of Justice, the Precautionary Principle allows institutions; “to take protective measures without having to wait until the reality and seriousness of those risks become fully apparent or until adverse health effects materialise.”

Last year an EU court upheld a partial ban on three insecticides known as neonicotinoids, saying that the European Commission had been right to invoke the Precautionary Principle to restrict their use to protect bees and not have to wait until it was clear harm had been caused.

The question now is whether the raised profile of the Innovation Principle, as incorporated in Horizon Europe, will have the legal status to undermine the Precautionary Principle and whether measures to protect human health and the environment might be compromised in the future.