Recent health and safety prosecutions illustrate the increased severity of sentencing in the context of workplace safety — and the growing use of immediate imprisonment in serious cases. Barrister Robert Spicer reports. 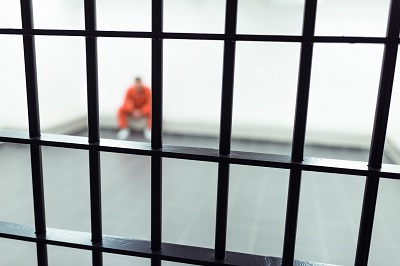 For offences committed between 16 January 2009 and 12 March 2015, the offence carries a maximum fine on conviction in the magistrates’ court of £20,000 or imprisonment for a term not exceeding 6 months or both. The maximum penalty in the crown court is an unlimited fine or imprisonment not exceeding two years or both.

In July 2018, Riaz Ahmad, a property developer, was sentenced to imprisonment at Manchester Crown Court following the collapse of a building in Oldham. Ahmad had appointed a group of workers with no experience in construction work to demolish a building.

In August 2017, an HSE inspector visited the site and found that most of the internal walls and roof supports had been removed. A prohibition notice was served and the major road next to the building was closed.

The roof and a wall of the building collapsed. This resulted in an emergency response during which other properties were evacuated. The collapse could have been prevented if a principal contractor had been appointed and a suitable risk assessment carried out. Ahmad did not plan the work. He appointed unskilled workers, neglected the risks of working at height and the stability of the building, failed to provide workers with basic welfare facilities and did not consider a number of health hazards.

Ahmad was sentenced to 8 months’ imprisonment under ss.2 and 3 of HSWA and Regulation 19 of the Construction (Design and Management) Regulations 2015.

The crown court judge is reported to have commented that this was a very serious case and it was nothing short of a miracle that only one person was injured.

Glen Peters, a building contractor trading as Brow Builders, was sentenced to imprisonment at Hove Crown Court in April 2018 following the collapse of a house in Brighton.

In February 2015, Peters undermined the structural integrity of a house by digging out the basement. He failed to act on the advice of a structural engineer. A gable wall of the house partially collapsed and the ground floor collapsed into the basement. Neighbouring properties were evacuated and the area was cordoned off because of potential risks to members of the public.

The house had bungeroosh walls constructed with a mixture of rubble, timber, pebbles, stones and flint in a lime mix mortar set between shuttering. This makes work on this type of building challenging in terms of structural stability.

Peters failed to report the incident to the HSE.

Peters was sentenced to five months’ imprisonment plus £7000 costs for breaches of Regulation 25 of the Construction (Design and Management) Regulations 2007 and Regulation 7 of the Reporting of Injuries, Diseases and Dangerous Occurrences Regulations 2013 (RIDDOR).

An HSE inspector commented after the case that basement work must be properly planned to ensure the structural integrity of the building throughout construction work. When such work is done badly, members of the public are at significant risk.

Simon Thomerson, the sole owner and director of Clearview Design and Construction Ltd, was sentenced to imprisonment at Luton Crown Court in July 2018 following the death of two workers in an explosion.

In October 2015, two workers were using thinners to remove dried carpet adhesive during the refurbishment of industrial units at Hoddesdon, Hertfordshire. The work had been contracted to Thomerson’s company. The thinners were poured onto the floor. Vapour from the thinners ignited and exploded. Two workers died after suffering 100% burns.

Thomerson had given no serious consideration to the safe use of the thinners, despite warnings on the containers. The vapour had spread to a large area and had been ignited by one of a number of possible sources.

Thomerson was sentenced to 8 months’ imprisonment under s.3 of HSWA. He was also ordered to pay a £170 victim surcharge.

George Jones, the owner of a scrap metal business, was sentenced to imprisonment at Swansea Crown Court in June 2018 after a worker was seriously injured by an electric shock.

In March 2014, Jones instructed a worker to plug a tyre stripping machine into a wall socket. He suffered serious injuries. The electrical installation at the site was unsafe and more suitable for domestic premises. The socket was in poor condition with exposed wires. The roof of the building had holes in it and there was evidence of water ingress on the wall behind the socket. This contributed to the incident.

Jones was sentenced to 18 weeks’ imprisonment under s.4 of HSWA.

Imprisonment and fine for death of recycling worker

A waste and recycling company and its director were sentenced at Liverpool Crown Court in October 2018 after a worker was killed in a baling machine.

In December 2010, Zbigniew Galka, an employee of the company, was working at its site in Bootle. The company used a machine to compress waste materials into small bales. The machine had a defeated interlock system which enabled workers to enter it while it was still working.

Galka entered the machine to clear a blockage. The machine activated and he suffered fatal injuries. The safety interlock system had been defeated two months earlier. Poor maintenance meant that it required frequent operator intervention. The machine could be operated while its guarding was open. This meant that it could operate, and production could continue, with the operator at serious risk of injury.

For more detailed advice and guidance, see Penalties and Sentencing.