Stuart Chamberlain, author and senior employment consultant at Croner-i, provides an update on the implications of a “no-deal” Brexit for immigration and employment law. 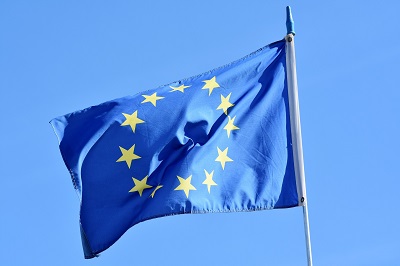 On 24 July 2019, Boris Johnson replaced Theresa May as Prime Minister of the UK. He has insisted that the UK will leave the EU with or without a withdrawal agreement by 31 October 2019. It is safe to say that he has had a very bumpy ride as PM: successive failures to persuade MPs to vote for an immediate general election; 21 rebel MPs have the Conservative Party whip removed; resignations, including his brother, from the Cabinet; court cases to test the validity of his Brexit policies and intentions; Parliament votes for legislation to remove the threat of a “no-deal” Brexit — thus officially blocking a “no-deal” in law — and now Parliament itself is suspended (“prorogued”) for five weeks.

In summary, the Johnson premiership has lost its majority, lost control of Parliament, lost every significant vote, and the one piece of legislation passed is to make a “no-deal” unlawful. This legislation obliges the PM to seek an extension from Brussels if a new deal has not been agreed by 19 October — something that Johnson has said he would rather “be dead in a ditch” than do. And so, the prospect of a “no-deal” Brexit, whereby the UK leaves the EU on 31 October 2019 without an agreement, remains.

The free movement of peoples is a basic tenet of EU law. On 19 August 2019, the Home Secretary, Priti Patel, made an announcement that free movement would end on “Brexit Day”. This created uncertainty and concern about what would happen to EU citizens who arrive in the UK for the first time after 31 October 2019 if there is a “no-deal” Brexit.

Some of the fears were allayed when it was reported the Government had received legal advice against attempting abruptly to end free movement in the event of a no-deal Brexit. The Home Office subsequently released an updated policy paper on no-deal immigration arrangements for EU citizens arriving after Brexit. The key practical aspects are:

EU citizens resident in UK before Brexit on 31 October 2019

The Government sets out the following points in its policy paper.

Tory governments have consistently vowed to reduce net immigration into the UK by “tens of thousands”. The May Government published a White Paper on immigration to respond to the post-Brexit situation, favouring a new skills-based entry requirement.

Boris Johnson, however, wishes to introduce a wholesale reform of the immigration system after Brexit and stated that any future regime will be based on the so-called “points-based “ system — like the one used in Australia (a system specifically rejected by the May administration). Applicants in this system would need to score a certain number of points to qualify to live and work in the UK. It would prioritise what people could offer the country, rather than where they came from.

The Home Secretary has now formally asked the Migration Advisory Committee (MAC) to advise on the possibility of a new “Australian style” points-based system, to be implemented from 1 January 2021.

The European Union (Withdrawal) Act 2018 (EUWA) converts EU law into UK law so that there is no legislative hole the day after the UK leaves the EU. The legislation ends the supremacy of EU law in the UK. The May administration said that workers will continue to enjoy the rights that they currently enjoy.

Only one area has been identified as liable to immediate change which is the European Works Councils (EWCs), bodies representing European employees in the UK. The Government has announced that after Brexit, no new requests to set up a council will now be agreed — although any existing EWCs will be allowed to continue. However, if the employer’s central management is based in the UK it should consider relocating to another EU state — Ireland being the most obvious choice.

On the vexed question of the continuing power of the Court of Justice of the European Union (formerly the ECJ), courts and tribunals may “have regard to” anything done on or after Brexit by the CJEU but are not obliged to apply future EU laws and decisions. There is likely, therefore, to be ongoing debate after Brexit about the situations in which the courts can and will depart from ECJ decisions once EU law ceases to apply.

Overall, little change is expected to UK employment rights on Brexit, whether or not a deal is reached. Any future major changes will depend on the political complexion of the government in power at the time. Employers should continue to plan on the basis that there is unlikely to be any significant repeal of EU-derived employment law rights.

A “no-deal” Brexit is filled with uncertainty. It is important that employers stay up to date with developments and consider the following.

A high degree of uncertainty is attached to Brexit and particularly to the consequences of a “no-deal” Brexit. Employers will be relieved to see some certainty about the employment of EU nationals outlined above.

At the time of writing, there remains a real chance of a general election before the end of the year and any future government could change these plans again.