A report by the Sunday Telegraph suggests that the Government may be considering scrapping the annual increase of the National Minimum Wage (NMW) and National Living Wage (NLW) next year. Opeyemi Ogundeji, researcher and employment law writer at Croner-i, explores this in more detail below. 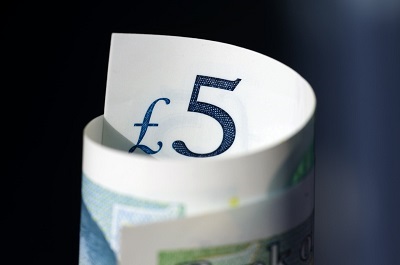 The NMW applies to all workers and is paid at different rates according to age, while the NLW applies to workers aged 25 and over. These wage requirements are usually increased in April of every year, with the year 2020 seeing a record increase.

In the fourth quarter of 2019, the Government pledged that it would increase the national wage to reach “60% of median earnings in the next four years.” However, the Low Pay Commission — an organisation which gives the Government advice on minimum wage uprating — has stated that the Government may have to withdraw from this plan in order to help businesses economically recover.

This comes as the coronavirus’ impact on the financial stability of many employers’ businesses raises questions as to whether these businesses will be able to afford wage increases. It is likely, according to the newspaper, that Chancellor Rishi Sunak will be making the announcement in the coming months.

Employers would likely breathe a sigh of relief if the announcement is made that the NMW will not increase next year, due to the positive impact it would have on them. It will mean that employers in financial difficulty can focus, for the most part, on getting over the coronavirus hump.

Ultimately, this rare change would save employers from potentially having to spend more money than they will realistically be able to afford, while also enabling them to claim grants under other government initiatives such as the Job Support Scheme, Job Retention Bonus, Kickstart Scheme, and others.

Employers who have not been as adversely impacted by the pandemic will be put in a position where they are able to decide whether or not to increase staff wages, if they can afford it; larger employers, for example, may not feel the strain of an increase as much and so will be better placed to determine if increasing staff wages is feasible for their business. Smaller employers, on the other hand, who are more likely to be in a vulnerable position, would greatly benefit from a NMW pause and are less likely to be in a position to increase wages regardless of the Government’s decision.

The positive impact continues as, although arguably not a benefit for all businesses, employers may see that even if there were to be an increase in NMW next year, it may not be a significant increase as has happened in the past (in an exceptional circumstance). This is a plausible response from the Government which will both aim to help businesses financially while also keeping employees in mind, recognising that they too are facing difficult times.

Finally, it would be amiss to ignore the huge impact that a pause to the NMW could potentially have on other statutory yearly increases. There are usually increases in not just the NMW/NLW but also on other statutory pay such as maternity/paternity pay, Statutory Sick Pay, and others. It may be that the Government will not completely bypass these areas, as they too could be put on an “emergency break’, or face increases by only a small amount.

The biggest negative impact this would have on employers is in the way their employees will take the news. Morale amongst staff may diminish which could, in turn, impact upon their productivity so employers will need to now begin to come up with ways to mitigate this effect if indeed an “emergency break” occurs.

Similarly, and possibly resulting from decreased morale, employers may start to see valued members of staff resign to go to higher paying jobs or to companies that are offering an increase in pay. Even if employees don’t resign, those who may be relying on next year’s increase could be forced into taking on an additional role/shift with another business to make up for the lost income. This could have a negative impact upon their performance at their primary employer’s business.

To reiterate, this “emergency break” may not happen at all, or in the way that employers are anticipating. Things are still very much uncertain, and it is unclear what the Government’s plans will look like in reality.

The Chair for the Low Pay Commission, Bryan Sanderson, has said that: “There are not many winners in today’s uncertain world. Our contribution to help steer a path through the complexity will be to provide a recommendation founded on rigorous research and competent analysis which has the support of academics and both sides of industry.”

On the other hand, the TUC has raised the point that an “emergency break” would be the wrong move, especially for key workers who have not stopped working, even during the peak of the pandemic. Frances O’Grady, General Secretary of the TUC went further to say that rates should be increased to reflect the “real living wage” — £10.75 per hour, only being paid on a voluntary basis by approximately 6000 organisations.

She continued by saying that “[t]he Government must not renege upon its commitment to raise the minimum wage. Millions of low-paid workers are struggling to make ends meet. That’s not right during a pandemic — or at any time”. Her sentiments were shared by Andy Burnham, the Mayor of Greater Manchester.

Organisations are divided on these issues, as may be the Government, but the final decision whether good or bad remains to be seen. Employers will have to adjust to any changes in legislation surrounding statutory pay, whatever the outcome of this report may be, and it is advisable that they start now.

Whilst many organisations have spoken on this issue since the news story broke on the morning of 7 September, employers should be aware that the information has not come directly from the Government, or any Ministers within Parliament, so they need not rely on such information until it has been confirmed. However, they can, and should, prepare for any possible outcome.