As from April 2022, plastic packaging which contains less than 30% recycled content will be subject to a new tax. This will have significant cost implications for business. In this article, Tim and Caroline Hand take a closer look at the tax and its likely impact. 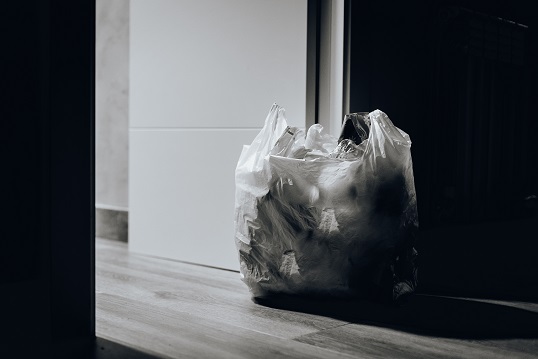 The UK government’s decision to implement a new tax on plastic packaging requires little justification. By disincentivising the use of virgin plastics in packaging, the tax will almost certainly reduce the amount of plastic polluting the ocean, sent to landfill, or burned. The tax will also conserve valuable resources by encouraging businesses to use more sustainable materials when packaging their products.

Furthermore, the tax creates a larger market for recycled plastic, as plastic packaging containing at least 30% recycled plastic will be exempt. This gives businesses and consumers financial motivation to collect and recycle packaging instead of throwing it away.

The fact that the carbon footprint of recycled plastic can be up to four times lower than that of virgin plastic clearly demonstrates that increased usage of recycled plastic would hold great benefits for the environment. Additionally, the tax could represent a milestone on the road to a circular economy by encouraging manufacturers to design products with reuse and sustainability in mind.

The legislation, which will take effect from April 2022, will require producers to pay £200 per tonne of plastic packaging containing less than 30% recycled plastic, and defines plastic packaging as packaging that is primarily plastic by weight. Imported plastic packaging will also be liable to the tax, regardless of whether it is filled or unfilled.

The measure is predicted to affect approximately 20,000 producers and importers of plastic packaging, and the policy paper anticipates a significant impact on businesses. There will be some exemptions, such as for businesses that manufacture and/or import less than 10 tonnes of packaging within a year, plastic packaging exported from the UK, and packaging used for licensed human medicines.

HMRC has been commended by the Environmental Services Association (ESA) for including “compostable” and “biodegradable” plastics within the tax’s scope, as they fail to perform as intended inside the waste management system, and some simply break down into microplastics that harm both marine and land environments.

In contrast, “cellulose-based polymers” have been excluded from the tax, which could accelerate research, development, and investment in natural polymers for packaging uses. That said, the ESA has recommended that the Government should ensure that consumers and manufacturers understand how such materials differ from other forms of plastic, and how these materials interact with the waste management and recycling system.

Businesses seeking to use more recycled plastic in order to make a difference for the environment and avoid the tax will be able to reach out to the UK’s numerous recyclers, around two thirds of which are represented by the British Plastics Federation (BPF) Recycling Group. The tax could unlock notable further investment in domestic plastic reprocessing infrastructure and jobs, and reduce the UK’s reliance on exporting waste for recycling.

Given the UK government’s proposed ban on exporting plastic to non-OECD countries for recycling, the Chinese waste import ban, and the restrictions that other markets have imposed, there would be evident benefits from the development of new processing facilities that would enable the UK to deal with its own plastics waste.

It could also bolster public trust in recycling by ensuring that the UK is not forced by a lack of facilities to continue sending recyclable materials abroad, where they could simply be burned or thrown away by unscrupulous businesses. The tax could potentially be complemented by deposit return and extended producer responsibility schemes [see article The Environment Bill: what does it say?], which would enable businesses to incentivise the recycling of products in order to obtain the recycled plastic necessary to avoid the tax.

Many manufacturers are already making considerable use of recycled plastic. For instance, each pair of Nike Flyknit shoes is made from the equivalent of six recycled bottles, and Magnum have announced a new range of ice cream tubs consisting of recycled plastic, which is estimated to result in the use of 160,000kg of certified recycled material across Europe by the end of 2020.

Other companies are recovering plastic from the ocean to use in their products, such as clothing company Patagonia, which has been experimenting with discarded fishing nets. Some have even gone so far as to create products made from 100% recycled plastic, such as Bureo’s Jenga Ocean game, each set of which is made from over 25 square feet of recycled fishing net. Suffice to say, these products will not be liable to the tax!

It should be noted that the tax will have consequences. For instance, its implementation will involve costs for businesses, such as training staff, developing the necessary reporting framework to complete tax returns, and keeping appropriate records.

In addition, due to food and drink safety legislation, it is forbidden to use recycled plastic packaging for food in some cases. Food manufacturers would have to pay the tax on virgin plastics and pass on the extra cost to consumers. A representative from the packaging industry predicted that the tax rate could raise food product prices by 10–20%.

A step in the right direction

While the ESA is unquestionably in favour of the tax, they believe that more could still be done. Phillip Piddington, its Chair, has stated the association supports the introduction of an “escalator” approach, by which the tax price and recycled content percentage increases over time, in a similar manner to the Landfill Tax.

Some environmental groups, such as the Green Alliance, hold similar opinions, arguing that the 30% threshold is insufficient, and many in the waste industry believe that a fixed tax is inappropriate, given that the plastics market is greatly influenced by fluctuations in global oil prices.

When oil prices fall (as they have recently due to the pandemic), the price of making virgin plastics decreases, thereby disincentivising the use of recycled plastics. Additionally, a number of respondents to a consultation have stated that the tax should not exempt businesses producing less than 10 tonnes a year, to prevent its environmental objectives from being undermined.

There has also been criticism of the tax from plastics producers. For instance, the Food and Drink Federation (FDF) stated that it did not support the tax, as the money would be recouped by central government instead of funnelled back into improving the waste management system. Similar concerns were shared by Barry Turner, the Plastics and Flexible Packaging Group Director of the BPF, who argued that funding from the tax should be used to reform the existing system and hasten the development of reprocessing infrastructure, as some formats of plastics such as film are not yet collected, and other materials such as trays are collected inconsistently.

These concerns aside, the tax seems likely to have a very positive impact, in a similar manner to the five pence charge on single-use carrier bags introduced in 2015, which has resulted in plastic bag sales in major supermarkets falling by 86%.

The tax is also likely to be popular with the public, given that a 2019 YouGov poll stated that 69% of Britons thought that all companies should be required by law to use eco-friendly packaging, regardless of whether it would involve price increases.

Since the stark, harrowing images of Blue Planet II, the issue of plastics has gained far greater publicity, and many more people are supportive of measures to protect the oceans from plastic pollution. It can only be hoped that the tax succeeds in its aim of preventing plastics from causing further harm to our planet.