The hydrogen-economy — first “blue” and then increasingly “green” — is primed to play an exponential role in post-pandemic decarbonisation and the UK’s sustainable recovery with important corporate energy generation and SME supply-chain opportunities. Jon Herbert reports. 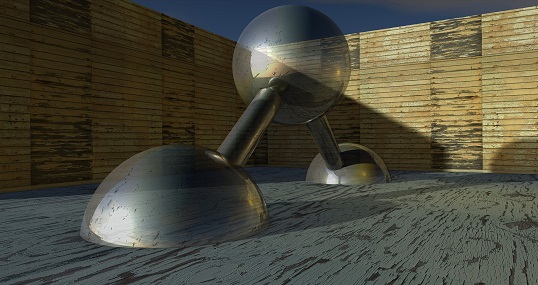 The Government, faced with calls from business, investors, environmental and political pressure groups, has promised to link its Covid-19 pandemic exit strategy to the even longer-term challenge of climate change mitigation. Hydrogen is almost certain to be an essential part of the mix.

The environmental driver is the UK’s legally-binding commitment — as host to the COP26 world climate conference in Glasgow now delayed until November 2021 — to lead by international example and set a clear course for achieving net-zero greenhouse gas (GHG) emissions by 2050, at the latest.

However, there are also strong commercial incentives for harnessing hydrogen, which as the Periodic Table’s lightest element can be a nifty escapologist from storage vessels and is a GHG in its own right.

Hydrogen to kick out carbon

Hydrogen can substitute for hydrocarbons as a combustion-engine transport fuel. When circa 15% is added to natural gas networks, it can also be used as a domestic heating fuel. The bonus is no carbon dioxide produced as a by-product.

However, hydrogen has another sustainable trick up its atomic sleeve. It can be used in fuel-cells that convert the chemical potential energy stored in molecular bonds into electrical energy. The only by-products are water vapour and hot air.

So far so good, except that hydrogen is not a primary fuel found concentrated in nature but an interim energy carrier that must be “made”. Two routes are being followed. “Blue” is based on “stripping” methane (steam methane reforming), crucially with carbon dioxide as a by-product.

Instead of being released to the atmosphere by thousands of individual vehicles, this CO2 can be concentrated and potentially collected at the point of production. However, it still needs a long-term home.

The main blue solution is seen in perfecting a workable and cost-effective carbon capture, utilisation and storage (CCUS) technology to “sequestrate” CO2 permanently on a large-scale in depleted oil and gas wells, although this is not intrinsically sustainable.

“Green” hydrogen production is truly sustainable and side-steps the need for CCSU. A major game-changer is likely to be a continuing abundance of cheap renewable energy.

During the recent lockdown, offshore wind and solar energy allowed Britain to operate for 67 days, 22 hours and 55 minutes up to 16 June without coal-fired power. Even when demand rises again, excess energy could potentially be used to split water by electrolysis into its constituents of oxygen and energy-carrier hydrogen — effectively storing it.

Future offshore wind farms could produce hydrogen in-situ rather than transferring electrical power to onshore production plants. The potential is considered to be so great that the UK might eventually export hydrogen profitably.

Cost is an issue. Green hydrogen is expensive today at $6/kg. However, in the same way that offshore wind and the solar power industry were subsidy-dependent a decade ago, prices could fall to $1.7/kg, or even $1/kg — on a par with natural gas — with more infrastructure investment and demand.

Large-scale global use of clean hydrogen across the energy, transport and industrial sectors could reduce their annual emissions by up to 34% by 2050 at a "manageable cost", according to Bloomberg NEF (https://about.bnef.com/).

The size and sophistication of the imminent hydrogen revolution has potential opportunities for SMEs, component suppliers and larger companies.

Domestic heating equipment manufacturers, such as Baxi and Worcester Bosch, have hydrogen-ready boilers. Daimler and Volvo Trucks recently announced plans for hydrogen-powered heavy-duty vehicles. Yorkshire Water has just put a 7.5-tonne tanker on the road that can run on hydrogen or diesel.

In May 2019, Transport for London achieved a world first in ordering 20 double-decker buses powered by hydrogen fuel-cells at £500,000 each to tackle air pollution. Honda and Toyota are among several manufacturers tackling the more difficult problems of hydrogen cars.

To nail the facts down at a UK-governmental level, as part of its Technological Innovation and Climate Change inquiry, the Environmental Audit Committee (EAC) is seeking advice on clean hydrogen production and its potential uses for economic growth and meeting the 2050 target in homes, businesses and transport networks.

Commenting in early May 2020, EAC chair, Philip Dunne MP, noted that, “In 2018, 95% of hydrogen was produced using fossil fuels, so it is clear there are significant hurdles that must be overcome for it to become a viable, clean energy source.” The EAC inquiry wants to know if “environmentally friendly hydrogen can be produced at scale, or if it is merely a pipe dream.”

He adds that the UK now has the world’s largest offshore wind capacity and extensive gas networks which can both be used to produce, store and transport green hydrogen.

The International Energy Agency says hydrogen technology is “ready for the big time”. Portugal expects to start using solar power to produce hydrogen by 2023 through electrolysis, the Netherlands wants to generate 500MW from hydrogen by 2025.

In March, French train-maker Alstom completed 10 days of hydrogen-train tests between the Dutch cities of Groningen and Leeuwarden, so The Netherlands can follow Germany which launched its Lower Saxony all-hydrogen train service in September 2018. Shell also unveiled plans to develop by 2030 which it says will be Europe's largest “green” hydrogen generation project.

Hydrogen could be part of the EU’s new Green Deal. A number of major European electricity groups — including Enel, Iberdrola, Ørsted, and EDP — urged the European Commission on 22 May to prioritise renewable hydrogen in its pandemic recovery plan (ww.euractiv.com).

In the UK, the Government wants to decarbonise at least one industrial cluster by 2040, triggering a race between clusters in the Northwest, Teesside, Humberside, Grangemouth, South Wales and Southampton.

The North West Energy & Hydrogen Cluster (https://northwestcluster.co.uk/) in particular will consider skills that can be scaled up from the oil and gas sector for both hydrogen and carbon capture to create 33,000 jobs and save 10 million tonnes of CO2 annually. The Net-Zero Teesside project will focus heavily on CCUS; Humber hopes to be the UK’s first zero-carbon industrial hub.

A feasibility study to be carried out by the European Marine Energy Centre (EMEC) — which led successful green hydrogen demonstrator projects in Orkney — and consultancy giant Ricardo will also examine how the Isle of Wight’s solar infrastructure can produce zero-carbon hydrogen for the maritime and transport sectors.

As part of the package, the famous Isle of Wight ferry could be hydrogen-powered.

Hydrogen could play a crucial role in meeting the UK’s commitment to decarbonise the economy and create a green recovery from the current Covid-19 pandemic crisis.

However, hydrogen must be “manufactured” before it can be used. Two routes are currently being followed. “Blue” hydrogen made from natural gas also produces carbon dioxide, a problem that can be avoided using renewable energy to produce “green” hydrogen.