An investigation is currently under way into a serious outbreak of listeria infections in England, which has been traced back to pre-packed chicken sandwiches in hospitals. Vicky Powell looks at the ways in which food businesses can prevent and contain outbreaks of this deadly disease, warning that management failures can be fatal, and have historically resulted in hundreds of deaths and infections around the world. 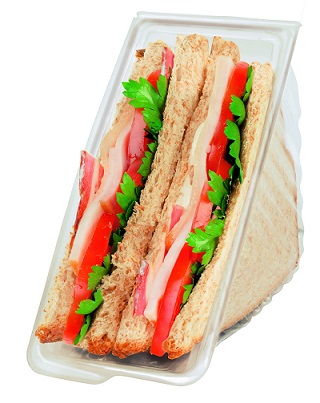 “You don't expect to die from eating a sandwich”

The above were the words of a victim of the listeria outbreak currently being investigated in England, Scotland and Wales by the food authorities.

At the time of writing (in the middle of June 2019), there have been nine confirmed cases of listeriosis and five deaths, all of which are said to have occurred in England, linked to pre-packed sandwiches and salads served in hospitals. Currently there are no cases in Scotland or in Wales.

Tanya Marston was recently interviewed on Sky News about her experience of surviving listeriosis after being hospitalised at William Harvey Hospital in Kent for Crohn’s disease.

She said, “You don't expect to die from eating a sandwich".

The source of the listeria infections have been traced back to a particular supplier to the hospitals involved, The Good Food Chain, and the company voluntarily ceased production of the salads and sandwiches affected.

The listeria bacteria was then subsequently traced further along, from The Good Food Chain to meat produced by North Country Cooked Meats which subsequently produced a positive test result for the outbreak strain of listeria.

The Food Standards Agency (FSA) says North Country Cooked Meats and North Country Quality Foods through whom they distribute, have also voluntarily ceased production at the time of writing.

Listeria is a bug that can cause a type of food poisoning called listeriosis. Listeriosis is usually caught from eating food containing listeria bacteria.

Listeria infection in healthy people is usually either unnoticed or may cause very mild illness. However, it can have far more serious consequences for some people, particularly those with a weak immune system or pregnant women.

One of the challenges of listeria outbreaks is that the time between exposure to the organism and the development of illness can be months — up to 70 days — making tracing of the source of infections very difficult.

According to the NHS, you can get listeriosis from lots of types of food, but it's mainly a problem with:

It is also possible to catch listeriosis from someone else who has it, eg if you eat food they have handled when they have not washed their hands. Another possible route of infection is close contact with farm animals — especially sheep and cows that are giving birth.

In most people, listeriosis has no symptoms or only causes mild symptoms for a few days, which may include:

However, listeriosis can be really dangerous when a more serious infection develops and spreads to the blood stream or brain. In pregnant women it can also cause miscarriage. Those at highest risk are:

In the above cases, medical help via 111 should be sought and a blood test to check for the infection and antibiotics may be required.

Proper refrigeration is an absolutely critical issue in the prevention of listeriosis.

Recently in May 2019, to mark British Sandwich Week, the FSA issued a reminder via social media that once sandwiches are out of the fridge, they should be eaten within two hours to avoid falling ill from food poisoning.

The FSA has advised businesses that chilled food should be put in a fridge or other suitable equipment as soon as it is delivered.

The recent listeria outbreak in England has prompted some food experts to question whether chilled foods such as pre-packaged sandwiches and salads should be served to patients with lowered immunity in hospitals at all. There is also the question of management of risks on the ward. For example, if a pre-packaged sandwich is delivered to a patient and that person decides to eat it later, the risks of food poisoning could very well escalate. If pre-packaged sandwiches are to be served on hospital wards, should there be a mini-fridge on every ward? Are standards for food suppliers to vulnerable groups such as hospital patients high enough?

The two-hour sandwich rule is also highly relevant to Britain’s millions of office workers and highlights the value of fridges in workplaces for staff to chill their home-packed lunches. Workers need to be aware of eating a sandwich bought from the local supermarket or deli at lunch time within just a couple of hours.

In relation to preventing listeriosis, the NHS has made the following points about food hygiene as follows.

In addition, the NHS says food should never be eaten after its use-by date, even if it looks and smells normal.

During the 1980s, government advice posted in maternity clinics urging pregnant women to steer clear of unpasteurised pâtés and foods such as soft cheeses like feta, brie and camembert cheese led to a sharp decline in cases of listeriosis in pregnancy at that time.

An examination of the international figures on listeriosis shows just how bad outbreaks can be.

In early December 2017, an outbreak of listeriosis was confirmed by South Africa’s Department of Health. Thought to be the worst listeriosis outbreak in history, figures show that some 967 people were infected and 180 deaths occurred. In that case, the source was traced to processed meat products manufactured at a Tiger Brands Enterprise plant in Polokwane. Tiger Brands is a Top 40 company on the country’s stock exchange and one of the largest packaged goods companies in South Africa.

At present, the FSA has sought to reassure the public about the current outbreak in England and says the health risk to the public remains low and individuals should only seek medical attention if they develop symptoms.

Nevertheless, the confirmed cases so far serve as an important warning of how the food industry — and this includes all parties: the food manufacturers, the suppliers, restaurants and other establishments which serve foods, such as hospitals — cannot afford to become complacent about controls related to pre-packaged chilled foods.