Chris Payne looks at the requirement to have a complaints procedure that is fair, effective and complies with consumer law, and outlines how providers can achieve this. 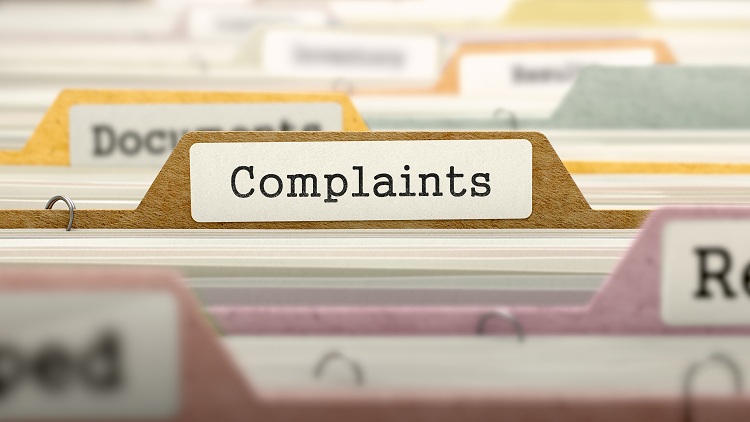 Successive care standards and regulations have required providers to have an effective complaints procedure. For example, regulation 16(2) of the current “fundamental standards” for England states that a “registered person must establish and operate effectively an accessible system for identifying, receiving, recording, handling and responding to complaints by service users and other persons in relation to the carrying on of the regulated activity. Every complaint must be investigated and proportionate action taken in response.” There are equivalent requirements for the other UK countries.

As described in Competition and Marketing Authority (CMA) guidance (November 2018), complaints handling must also comply with consumer law. Buyers of any goods and services have the right to seek redress if they consider that their supplier has not sold them what they promised and their delivery has not been to the expected standard. In expressing their dissatisfaction they have the further right to be treated fairly; if not, the supplier will be in breach of consumer law. It is this idea of “fairness” that underpins the CMA guidance, which, though applying specifically to care homes, is generally applicable in respect of complaints handling to all care provision. It is likely that if a care provider is compliant with their corresponding care regulations, they will also be compliant with consumer law, but they should still check their procedures against CMA guidelines.

The CMA defines a complaint as “any expression of dissatisfaction that (a care provider or staff member) has not met the standard people would expect or about (their) action or lack of action. It also covers a ‘concern’ that people may have which never becomes a formal complaint”. (For more discussion on the terms used in complaints handling see our Complaints and Compliments topic). A person or someone acting on their behalf, might complain about any issue relating to their care and treatment, which they consider does not meet one or more of the standards, which their provider is expected to achieve.

In order to comply with consumer law, complaints handling should be based on these principles:

Converting these principles into practice as discussed in our Complaints and Compliments topic and model policy should result in a complaints procedure that is:

Provide clear and accessible information about how to complain

People should know about their right to complain, that the service welcomes complaints and why, and how it will respond to all forms of complaints, verbal and written, formal and informal. CMA guidance recommends that the information is on the service’s website, included in the initial prospectus or brochure, welcome pack and service user guide, and usefully displayed on notice boards in public, communal and reception areas. It should also be stated in the service user contract. A provider would not be in breach of consumer law by failing to include this information in every one of the above examples, but it is essential that every service user has the information at their fingertips, as it were, if they need it. [Examples of complaints notices that can be adapted for display purposes can be found under Employer’s Factsheets in the Complaints and Compliments topic.

Care providers are already required to present all information, which includes the complaints procedure, about their services so that people can understand it. They must achieve the Accessible Information Standard, when communicating with service users with communication needs, using suitable formats and methods, eg visual aids for people with reading difficulties, braille and audio for the visually impaired. They are also required to produce information in languages other than English for people who do not use English as their first language.

Providers are also encouraged to have a range of ways to voice a concern or put in a complaint such as a phone hotline, text, email, and online in addition to making a complaint verbally or by standard letter. People who might be frightened or anxious about complaining should not be disadvantaged either, and might be given the option of making their complaint anonymously through a complaints, comments or suggestions box. It is, of course, more difficult to address directly an anonymous complaint, though general comments, concerns and suggestions can be taken on board quite easily and should be treated seriously.

In terms of consumer law, no service user must be disadvantaged because of their lack of accessibility to the information on how to complain. People who might not understand how to complain should be offered an advocate. No one should be disadvantaged because of communication difficulties when complaining. Providers should check that their complaints procedure is as accessible to the user as any other information they provide.

Have a fair and effective complaints handling procedure

CMA guidance suggests that a fair and effective complaints handling procedure will be based on complainants knowing:

The guidance describes the stages through which a complaint should be progressed, which are as provided in other complaints handling guidance, and as reflected in the Croner-i model policies for England, Scotland and Wales, respectively. There is also a step-by-step guide, How To Handle Complaints. The complainant should:

The idea of “frontline resolution” is particularly important in care work, as many “complaints” will be expressed verbally and directly to the care worker, who must know how to respond appropriately by accepting the complaint, discussing it and acting there and then to correct the matter if at all possible. In line with the complaints handling principle there should be no “brushing off” or “sweeping the matter under the carpet”. Thus a complaint that “my tea is cold” should result in a hot cup of tea being promptly produced.

A complaint “you are hurting me when you lift me that way” should result in an apology, an assessment of what might be the cause, a different approach and further checking along the lines of “is that better?”. With this last incident, recording, and possibly reporting, will be important, because it is possible that the cause of the pain is other than from the worker’s handling, and might need further assessment.

With a formal or written complaint, the idea of “frontline” or “local” resolution still applies as a first step. In terms of consumer law, each set of actions must be fair to the complainant, who should know what to expect from the outset. Their complaint must not be investigated and decided by anyone, who is a possible source of the complaint or who has a vested interest in securing a negative outcome. The complainant should not be under any pressure to discontinue the complaint, or threatened in any way. If due process is followed, it is more likely that the person will accept the outcome, even if the complaint is not upheld. If still dissatisfied the complainant must be informed of their right to have the matter escalated, and how to do this.

These aspects are covered in our training presentation, Dealing with Service Users Concerns and Complaints.

Summary: what you must NOT do

You will breach consumer law if you, as a care provider, or your staff: