The harrowing news within WWF’s 2020 Living Planet Report that population sizes of global wildlife have fallen by 68% on average since 1970, alongside the powerful warnings and incitements to action of David Attenborough’s A Life On Our Planet documentary, have meant that the urgency of protecting the Earth’s biodiversity has rarely been clearer. However, whilst individuals can help make a difference through lifestyle changes and making donations, it can be less clear how businesses can play their part in preserving wildlife. Tim and Caroline Hand explore the numerous companies who are already setting very positive examples through their pro-biodiversity activities, serving as inspiration for other businesses that wish to adopt a greener approach. 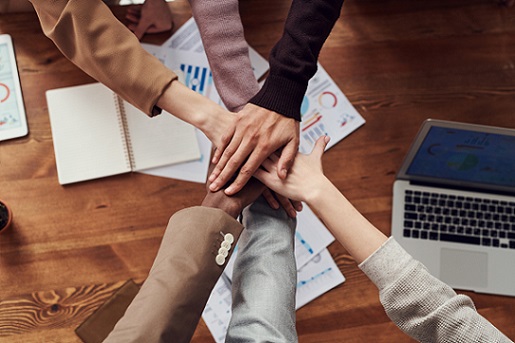 One obvious way that companies can help to preserve our planet’s biodiversity is by working alongside and funding organisations dedicated to green causes. For example, the Scottish Event Campus has funded the planting of over 68,000 trees at Dundreggan since launching a partnership with Trees for Life, a conservation charity devoted to rewilding the Scottish Highlands. Other businesses are championing initiatives to protect endangered animals.

Media company, Discovery, Inc. has partnered with WWF to ensure a healthy habitat for future generations of tigers, maintaining land corridors to improve connectivity for wildlife movement and providing improved resources for security measures, such as high-tech anti-poaching tools for rangers.

Michelin North America, Inc. has also chosen to raise awareness of the status of tigers and fund WWF’s Tx2 programme (which aims to double the number of tigers in the wild by 2022), through a marketing campaign for its Uniroyal brand and Tiger Paw tyre line.

Further evidence of the benefits that can be reaped through organisations working together can be found in Northern Ireland Water’s participation in the Co-operation Across Borders for Biodiversity (CABB) project, an initiative managed by RSPB NI that aims to improve habitats for birds, plants and butterflies across Northern Ireland, Ireland, and Scotland’s west coast. As part of the CABB project, Northern Ireland Water have carried out extensive drain blocking on the Garron Plateau in Co Antrim to help improve habitat for breeding waders and restore blanket bog.

While the benefits of contributing to such schemes can be great, companies should be careful when choosing initiatives to support. For instance, tree-planting projects that replace diverse habitats with monoculture plantations or fail to care for trees after planting are best avoided.

Biodiversity at the workplace

Businesses can also help to advance biodiversity by altering workplaces. Novo Norodisk, a global healthcare company that was voted 1 of the 100 most sustainable companies of 2020, built a nature park at its head office near Copenhagen, in place of a parking area and industrial landscape. The park contains over 2000 free-growing trees, and dead trees were placed in between the newly planted trees in order to create maximum biodiversity. The reason being as dead trunks are important habitats for wildlife such as mosses, caterpillars and beetles.

More recently, Toyota GB were awarded the Biodiversity Benchmark by the Wildlife Trust for transforming the grounds of their Burgh Heath headquarters into a rich habitat for wildlife. Enhancements to the grounds include a hibernaculum for newts and frogs, a woodland habitat stack for species that consume dead wood (such as stag beetles), and bird, bat and owl boxes. Staff regularly observe foxes at the wildlife-friendly site, and 24 different bird species have been recorded, including the Dunnock and Black-headed Gull, which are on the amber list of endangered birds in the UK.

Other businesses have increased biodiversity by introducing green roofs, such as that at the Vancouver Convention Centre, which is home to over 400,000 native plants, 60,000 bees and other insects and birds. Thanks in part to the green roof, the Convention Centre was the first building of its kind to be awarded double LEED (Leadership in Energy and Environmental Design) Platinum certification.

In the UK, the Wildlife Trust BCN (Bedfordshire, Cambridgeshire and Northamptonshire) allowed employees working from home to enter their home gardens on behalf of their companies in the 2020 Wildlife Gardening at Work competition, although team members were still able to cooperate by working together on ideas and sharing gardening tips. The award for Best Wildlife Garden was given to Levin Sources for the combined efforts of three employees in their home gardens.

A variety of wildlife-friendly gardening techniques were used in these gardens, such as creating deadwood piles as shelter for invertebrates and hedgehogs, installing insect hotels, and planting native wildflowers. This demonstrates that businesses whose employees are working from home can still help to create biodiverse spaces.

Given the harmful consequences for biodiversity of sourcing products unsustainably, companies can make a notable impact by committing to a sustainable supply chain. For instance, the global hospitality company, Hyatt, in collaboration with WWF, is working to increase the percentage of its global seafood purchased from responsible sources. It has become an active fishery improvement project (FIP) participant and has banned shark fin across its properties.

The issue of palm oil sourcing, which has recently gained greater public attention, is still considerable; none of the 173 businesses examined in WWF’s Palm Oil Buyers Scorecard 2020 were awarded the maximum 22 points, and only a quarter had policies requiring their suppliers to be deforestation-free. Nevertheless, some companies were considered to be performing well, such as the consumer goods manufacturer, Ferrero, which scored 21.5 points, and L’Oréal, which ranked in the top 5. L’Oréal has also introduced a sustainable sourcing programme for shea butter in Burkina Faso, and collaborated with farming communities, an NGO, and a supplier to develop a traceable, sustainable, high-quality supply chain for vanilla in Madagascar.

Even industries associated with harming the environment can work to make their approaches more biodiversity-friendly. Anglo American, a mining company previously criticised for poor ethical practices, has been making praiseworthy efforts to maintain biodiversity through technology. For example, they developed a Biodiversity Overlay Assessment to screen and map biodiversity risks for all existing and proposed mining projects. In a similar vein, quarrying company, Aggregate Industries, funded the “Making Space for Butterflies in Mendip” project, which aimed to restore and enhance grassland and woodland habitat on Aggregate Industries land near Torr Quarry, to ensure that the area’s butterfly populations would have the rich food sources and high quality breeding habitats they require to survive and thrive.

There are a variety of organisations and schemes that can assist businesses seeking to protect biodiversity. Some, such as the World Business Council for Sustainable Development (WBCSD), the Union for Ethical BioTrade (UEBT) and the Biodiversity in Good Company Initiative, specifically focus on helping companies adopt a more sustainable approach, and have already worked with numerous businesses seeking to reduce their impact on the planet.

Others, including WWF, the International Union for Conservation of Nature (IUCN) and Flora and Fauna International (FFI), have broader approaches, but still work with businesses to prevent the destruction of wildlife. For instance, IUCN is partnering with energy companies, such as Shell, to reduce biodiversity impacts associated with wind and solar power projects.

Therefore, it is clear that there are numerous ways that businesses can help make a difference in the struggle to protect our planet’s biodiversity and that considerable aid is available for companies willing to make the leap.