Laura King considers the cost of climate change, the risks to UK businesses and what steps companies can take to adapt. 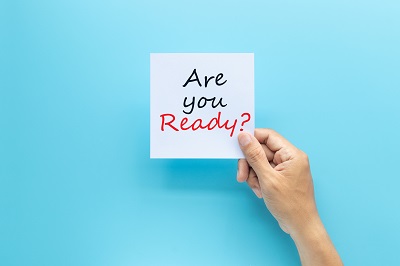 Floods, storms, cyclones and wildfires. Such forces of nature are rarely trouble-free and many come at a high financial and human cost. Indeed, a report compiled by Christian Aid, Counting the Cost 2019: a Year of Climate Breakdown, identifies 15 of 2019’s most destructive weather events and estimates that each of these cost over US$1 billion in insured losses — with four of the natural disasters costing 10 times that.

The report maintains that each of the 15 events has been scientifically linked to climate change, either after the event, or because the nature of the event was congruent with scientific predictions that had previously been made.

Although not covered in the document, the bushfires that recently raged across Australia are one worrying example of this. Fires that start earlier in the season, end later and burn with increased ferocity were predicted in a review commissioned by the Australian Government more than 10 years ago. Accurately, the 2008 report stated that the changes to the fire season would be “directly observable” by 2020.

Although the case studies highlighted by Counting the Cost show the disproportionate impact that climate change is having on poorer countries, richer countries are by no means immune. For example, Queensland in Australia was hit by record-breaking flooding causing significant structural damage estimated to cost US$1.9 billion; Storm Eberhard hit Europe with wind speeds exceeding 140km/hour, resulting in an insurance bill of US$1–1.7 billion; and two particularly strong typhoons moving across Japan cost between US$20–24 billion.

Weather-related climate risk is something that the UK also has to get to grips with. The Government’s 2017 Climate Change Risk Assessment (published every five years) sets out the risks and opportunities related to climate change in Great Britain.

In it, the top six areas of climate change risk are highlighted. Of these, the first two are directly linked to inclement weather, as follows.

The report is based on research presented in the Committee on Climate Change (CCC) 2016 evidence report, which is currently being updated. The technical chapter for business outlines several clear risks, again with many of the known risks directly relating to bad weather. It warns of the following.

Although these risks are mostly well understood, in its progress report to Parliament last year, the CCC stated that “Many businesses do not have continuity plans in place for extreme weather and some may rely on insurance alone”, continuing that: “Despite evidence suggesting that the benefits of having a business continuity plan outweigh the costs of producing one, many businesses, particularly smaller ones, do not have one.”

How to mitigate and adapt to climate change

Regardless of how well the world mitigates against increased global warming, the effects of climate change will continue to be with us for decades to come.

There are two aspects to any business action: mitigation and adaptation.

Mitigation involves taking steps to reduce the impact the business has on climate change and is a key part of the current drive to deliver “net zero”. Adaptation involves ensuring that the business is well placed to deal with any unavoidable changes to the climate, and businesses should be making every effort to prepare for this.

Some of the risks that might need to be considered are as follows.

Tools to help with adapation

There are a number of tools available that can help with adaptation planning. For example, the Adaptation Scotland website provides a number of presentations, case studies and checklists to help businesses perform a basic assessment of risks and opportunities.

In addition, new global standards are being developed to help organisations assess their risks. BS EN ISO 14090 Adaptation to Climate Change. Principles, Requirements and Guidelines was published in in June 2019 and provides a high-level framework for businesses to help them integrate adaptation across the organisation. The standard also provides guidance to help organisations understand the potential impact of climate change and how this can be used to make decisions.