Homeworking is set to be a staple this year. Laura King reviews how to account for greenhouse gas emissions from remote working and whether it really is better for the environment. 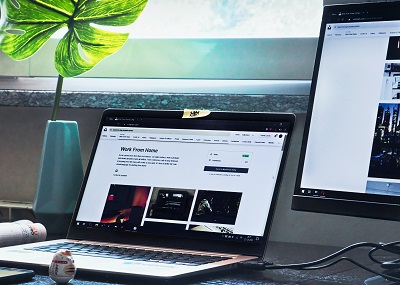 At the height of the first lockdown in April 2020, the Office for National Statistics reckoned that nearly 50% of those employed did some form of homeworking. Numbers will have dropped slightly since then, but with a new strain of the virus circulating, and the threat of continuous lockdowns looming, homeworking is set to be a feature of our working lives well into 2021.

Whether accounting for greenhouse gas (GHG) emissions to fulfil reporting obligations, or as a voluntary measure, many organisations will be seeing their footprint changing due to this shift in how their staff are working. However, potentially smaller emissions from offices do not necessarily mean a lower carbon cost overall; a proportion of these emissions have simply been dispersed to homes across the country, and reduced commuting does not always confer the carbon-reduction benefits expected.

Homeworking under the Greenhouse Gas Protocol

Many companies will report their emissions data in accordance with the Greenhouse Gas Protocol. Under this protocol, energy use is classified according to three scopes. Scope 1 and 2 are the most widely reported on, accounting for direct energy use under the company’s control, and indirect emissions from the energy bought by the company (for example, electricity). Scope 3 is classified as other indirect emissions resulting from the organisation’s work. Often, Scope 3 emissions are the largest source of GHGs, accounting for activities such as procurement and homeworking.

At the moment, the inclusion of Scope 3 emissions in calculations is optional, and aspects such as homeworking are commonly not reported on. However, with the changes seen in 2020, this is likely to have to change. Without it, companies will find it difficult to compare their performance (internally, as well within their sector) from one year to the next, or understand the full impact that homeworking has had.

How to report on homeworking emissions

Currently, the GHG Protocol does not set out a methodology for homeworking. However, a recent report by consultancy EcoAct report seeks to remedy this, offering a standardised approach that can be used by companies and cited in their disclosures.

The methodology provides two options: a more basic calculation, as well as an advanced option that requires staff surveys to understand individual circumstances. The base calculation for each of these areas has been summarised below.

While working from home, it is inevitable that more electricity will be used, whether this is from using a laptop or use of additional light. The latest CIBSE data estimates that the average laptop or computer uses 140W, and estimates lighting to be 10W. This data is then multiplied by working hours and number of employees working remotely each month providing the number of kilowatt hours consumed. This figure can then be converted into CO2e by using the grid’s average emissions factor for electricity.

If you are working from home all day, it is likely that you will be using additional heat, especially during the winter months. With very few people only heating one room, the calculations are based on whole-house heating.

The report makes some additional assumptions on heating use. For example, it takes Typical Domestic Consumption values from OFGEM, as well as research on the average proportion of energy used to heat a house. It also does not presume heating is on all day and all year: for the UK, the calculation only includes the months between October and March, and only for 10 hours a day. It also takes into consideration the fact that some homes will have been heated anyway, for example where members of the household would be at home during the day regardless of whether an individual is homeworking.

The resulting energy use is then multiplied by the emissions factor for natural gas, which is the predominant source of energy for heating in the UK.

Energy used for cooling is not so important for UK-based companies, as not many people have air conditioning. However, for companies with an international workforce, cooling should also be considered as it can have a considerable impact on GHG emissions.

Does working from home reduce a company’s carbon footprint?

Although in some cases emissions will decrease, there is a body of evidence that suggests working from home does not necessarily improve our individual carbon impact. One paper that synthesised the results of 39 studies, found that although 26 showed reductions in energy use (mainly due to less commuting), the more comprehensive studies found that homeworking only had a modest impact on energy savings, if any at all.

The reasons for this are mainly due to the reality of what working from home means in terms of our behaviour. For example, the desire to “get out” the house has probably been felt by many during lockdown. This psychological driver can lead to a greater amount of non-work travel, for example trips to the shops that would normally have been done on the way home from work, or a reduced commute allowing for mini-breaks or more travelling at weekends.

Another driver of higher carbon emissions is as a result of the fact that homeworking allows people to live further from the office. Although commutes are less frequent, the carbon consumed each time the commute happens is much higher.

Other factors also need to be taken into account. For example, businesses might opt to switch to a renewable tariff for office energy, but could not insist that their employees stop heating their house with non-renewable natural gas. Another consideration is the inefficiencies of heating, especially during the winter.

Indeed, a study conducted by WSP in February 2020 found that if an average employee worked at home all year round, they would produce 2.5 tonnes of carbon per year, a figure that is around 80% more than an office worker. The report concluded that office working is best in winter, where office heating systems are more efficient, and homeworking best in summer to reduce daily commuting.

Current research is saying that as the threat of the coronavirus dissipates, many employees will want to retain some element of homeworking. However, the assumption that this will automatically result in carbon savings has to be questioned.

Organisations reporting on their GHG emissions have been encouraged to calculate the carbon cost of homeworking that has taken place while Covid-19 restrictions have been in force. These calculations will help businesses understand the relative impact of homeworking on their operations; information which can then be used to establish how to manage homeworking so that it benefits staff, as well as creating the energy savings the world needs.