Jon Herbert looks at how the Government is tackling the current housing crisis. 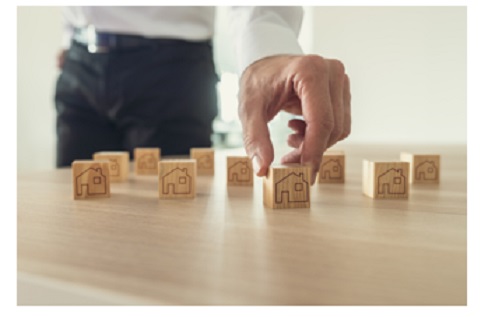 The Government and its agencies will be intervening on a large scale to bring together the pieces needed to build hundreds of thousands of new homes annually during the next five years. They will be built on vital public and private land that is currently not open to the market.

Meanwhile, proponents and opponents are already lining up to praise and criticise recommendations on putting new developments across central England with the dual aim of providing housing and communities of the future while also boosting enterprise and productivity. The objections are that the whole concept is unnecessary and unsustainable; the counterview is that, if well implemented, the ambitious concept will be a major construction and infrastructure sector opportunity.

Proposals for a controversial super development of residential sites, offices and roads connecting not just people and goods but also ideas and innovations along an Oxford–Milton Keynes–Northampton–Cambridge arc have been both supported for their boldness and slammed for their potential to create congestion. A green space said to be the size of Birmingham may be involved.

The concept is based on a far-reaching National Infrastructure Commission (NIC) October report. It aims to solve the housing shortage and create a contiguous scientific and technology hub of global significance between the learning, teaching, research and development centres of Oxford and Cambridge.

Homes England is the Government’s national housing agency. In early November, Homes England released details of a five-year plan up to 2022–23 to make homes more affordable and accessible where they are needed. The Agency will also work in partnership with all parts of the housing market.

The plan is being launched as a new “multidisciplinary and technical service framework” to accelerate the supply of homes by making 1250 hectares of development land on 221 sites available in the next 12 months.

More specifically, the long-term aims, which are proving difficult to achieve without high-level intervention, include:

Communities Secretary, James Brokenshire, said the Government is committed to delivering 300,000 homes annually until the mid-2020s and helping more people to join the housing ladder. He added that he welcomes the comprehensive vision designed to maximise government investment in the homes communities need.

Chairman of Homes England, Sir Edward Lister, said the housing market needed disrupting with plans “to be bold, creative and think big”. He added, “We hope the whole of the housing sector — big and small, up and down the country — will join us for the next five years and beyond.”

Stephen Kinsella, Homes England’s Executive Director for Land, commented, “We will be much more active in the land market, using our increased resources to ramp up the acquisition of land opportunities and developing new ways to partner other government departments to bring forward more sites more quickly.” He added that Homes England is “really keen to talk to developers about the opportunities in our latest plan”.

Sites listed in the Land Development and Disposal Plan will be disposed of on a competitive basis through a private treaty sale, bespoke OJEU process, or auction.

Homes England points to high-profile deals finalised in recent months, which included major land acquisitions in Sussex and Plymouth, a £1 billion lending alliance with Barclays supporting smaller builders, a joint venture with Kier’s residential division, plus infrastructure-led development at Ebbsfleet in Kent and Northstowe in Cambridgeshire.

The five-year Strategic Plan follows on from October’s budget which announced seven more partnerships with housing associations to deliver an extra 13,475 affordable homes by March 2022 with £653 million funding from the Affordable Homes Programme through Homes England. That will include homes for social rent in areas of high affordability. The first eight partnership deals were announced in July, the new total will be 27,755 properties.

Just before the budget, Transport Secretary, Chris Grayling, endorsed a not uncontroversial plan to build up to one million new homes in a parabola that will effectively link Oxford and Cambridge as an integrated academic-intellectual-technology hub to take on the modern world.

A new expressway will connect the two cities “to safeguard the booming economies of the UK’s science and technology hubs”. The old Cambridge to Oxford railway will also be refurbished and reopened. And this is where the much of the controversy comes in.

Both the Government and companies support the resurrection of the railway, however, there is strong opposition to a new road on the grounds that it will simply create new unsustainable congestion and negative environmental impacts. However, Mr Grayling is reported to have commented, “If we don’t improve road connections in what is a busy part of the country, the existing roads will become more and more congested. There will also be local transport improvements.” The contentious issue of poor air quality would also improve in snarled-up towns, he added.

In response to being asked if the UK could match continuous expansion of transport systems against its climate obligations, Mr Grayling said that the Government was duty-bound to aim for increased growth. He concurred that there is an upper limit to how many new roads can be built in areas such as the south coast but this didn’t apply to central England.

Environmental campaigner and columnist George Monbiot believes that if the scheme goes ahead, within the next 30 years as many new homes, infrastructure, public services and businesses will be built in Oxfordshire as the county has seen in the past 1000 years.

He comments that the plans are not being offered up for debate but rather presented as a fait accompli. He also questions whether in one of the world’s wealthiest regions development should outweigh the increasing climate damage it will cause — including the issue of air pollution that already has the Government in trouble with both the EU and UK High Court.

However, an NIC spokesperson said its recommendations come with “the clear condition that new schemes should not compromise the high-quality natural environment for existing and future residents, and do not need to involve any changes to existing green belt protection”.

The spokesperson added, “In fact, our report made clear the need for significant investment in landscape improvements, affordable housing and sustainable transport. These changes are vital to make the most of the area’s economic potential and the contribution it makes to the wider UK economy.”

With the aim of meeting its ambitious housebuilding targets, through Homes England and the NIC, the Government is planning to build more than one million homes “in the right place”.

It wants to resolve the chronic housing needs but also support people in their individual efforts to achieve economic and employment growth, plus improvements to national productivity.

In late October, Homes England released details of a five-year plan to make housing more affordable in the right place and accessible to the people who need them. It will also work in partnership with all parts of the housing market. NIC also made recommendation for the ambitious development of an almost continuous development linking the university centres of Oxford and Cambridge.

In parallel, the Government is taking steps to support building companies in general but in particular smaller builders. The result should be substantial commercial and supply chain opportunities.