Barrister Robert Spicer considers the high fines for breaches of health and safety over the past year or so, resulting from Health and Safety Executive prosecutions. 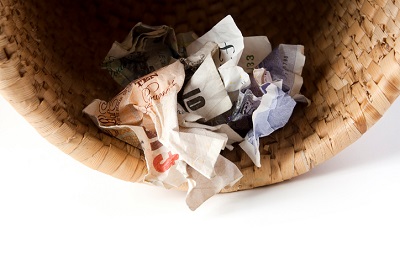 The highest reported fine in 2019 for health and safety offences was imposed on Valero Energy UK Ltd and B&A Contracts Ltd under ss.2 and 3 of the Health and Safety at Work, etc Act 1974 (HSWA). Valero was fined £5 million plus £1 million costs.

The prosecution followed an explosion at an oil refinery in Pembrokeshire in 2011. Four workers were killed and another was seriously injured. They were emptying a tank, using a vacuum tanker, when the tank exploded. The explosion caused a fireball which blew off the roof of the tank. The roof was thrown 55m and struck a butane storage installation, narrowly missing an area where highly flammable materials were kept.

The Health and Safety Executive (HSE) investigation concluded that the explosion was most likely caused by the ignition of a highly flammable atmosphere inside the tank, during a routine emptying operation in preparation for further cleaning and maintenance. There had been longstanding failures within the refinery’s management systems. This resulted in the risks of flammable atmospheres not being understood or controlled. At the time of the incident the refinery was operated by Chevron Ltd. Ownership was transferred to Valero in August 2011.

And some of the other large fines

Another large fine was imposed on DB Cargo, a railway freight operator, in March 2019 at Newcastle Crown Court. The company was fined £2.7 million plus £188,000 costs under s.3 of HSWA following an incident in which a 13-year-old boy was electrocuted. The boy had tried to climb onto the roof of a rail wagon at the company’s marshalling yard. In doing so, he came into contact with a 25,000V overhead power line and suffered loss of part of both of his legs and seven fingers.

The company had failed to secure the yard despite having been repeatedly warned of the risks to trespassers. No credible obstacles were in place to stop people entering the yard, there was no adequate security patrol and no signage to deter trespassers. Warning signs were either indistinct or had been torn down.

In October 2019, Celsa Manufacturing (UK) Ltd, a steel making company, was fined £1.8 million plus £145,000 costs at Cardiff Crown Court, for breaches of Regulation 3 of the Management of Health and Safety at Work Regulations 1999. The offences related to the deaths of two workers in an explosion at the company’s site in Cardiff. The deceased were working on an accumulator which exploded. A flammable atmosphere developed inside the accumulator as hydraulic lubrication oil was being drained from it. The flammable atmosphere was ignited by an electric heater within the accumulator. The company had failed to assess the risks to which workers were exposed when draining oil from the accumulator. A procedure known as “blow down” had developed by custom and practice. This procedure was not fully understood nor consistently carried out by workers.

Karro Foods Ltd, a food manufacturing company, was fined £1,866,000 plus £8000 costs at Leeds Magistrates’ Court in March 2019, under s.2 of HSWA. In April 2016, two employees of the company were investigating a leak in the roof of the company’s site. They did not realise that the roof had a number of rooflights. Both workers stood on the same rooflight and fell through it. One suffered multiple fractures and muscular injuries. The other worker suffered a fractured skull, muscular injuries and injuries to his inner ear. The roof was made of asbestos cement and the rooflights were not visible because of a build-up of moss and dirt.

In December 2019, Hampshire County Council was fined £1.4 million, plus £130,000 costs, for an offence under s.3 of HSWA. In December 2015, a six-year-old girl was seriously injured when an unsecured street bollard, on which she was playing, fell to the ground. She suffered life-changing head injuries and spent six months in hospital. The bollard, which weighed 69kg, was damaged and not properly secured. This had been reported to Hampshire County Council, which was responsible for the bollard, but subsequent monthly inspections failed to identify the defect. Insufficient information, instruction and training were provided to the council’s personnel who carried out inspections.

Veolia ES (UK) Ltd, a refuse collection company, was fined £1 million plus £130,000 costs under s.2 of HSWA at Canterbury Crown Court in January 2019. In October 2013, an employee of the company, working at its yard in Folkestone, was run over by a reversing refuse collection vehicle. He suffered fatal injuries. Multiple vehicles were manoeuvring around the yard with no specific controls. Veolia had failed to adequately assess the risks involved in the yard and had not implemented industry-recognised control measures to protect employees.

In January 2019, Synergy Housing Ltd was fined £1 million plus £40,000 costs at Bournemouth Crown Court for a breach of s.3 of HSWA. The offence related to the death of a five-year-old girl in a lift. The girl entered an internal lift in her home, which was owned by Synergy Housing. The lift was used by the girl’s disabled brother. The girl put her head through a hole in the lift’s vision panel. Her head became stuck between the lift and the ground floor ceiling, resulting in fatal injuries. Synergy had primary responsibility for the safety of the lift. The company accepted that, as landlord, its responsibilities could not be delegated. When a vision panel was damaged in early 2013, it had not been replaced.

In May 2018, DHL was fined £2 million plus £100,000 costs at Aylesbury Crown Court for breaches of ss.2 and 3 of HSWA. The offences related to the death of a worker from crushing injuries. The incident occurred at the company’s depot in Milton Keynes, where the worker was trapped between a reversing lorry and a loading bay.