On 21 May 2020, the High Court gave judgment in the case of R (on the application of Fisher) v Durham County Council. Ms Fisher applied for judicial review of a noise abatement notice. 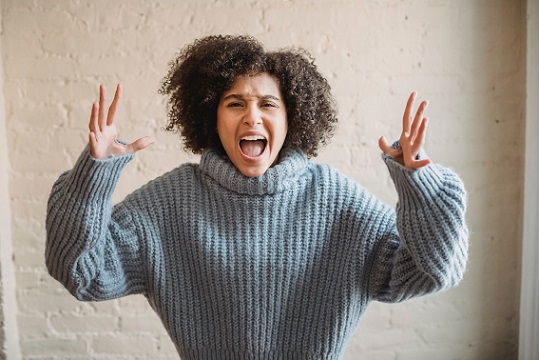 Ms F, a 67-year-old retired primary school teacher, lived alone in a privately rented mid-terrace house in County Durham under an assured shorthold tenancy. She suffered from a neurological disorder which caused her to make involuntary sounds, and to scream and shout words and sentences loudly, often at night. This caused her neighbours serious distress and prevented the letting of an adjacent property. The local authority served a noise abatement notice on her under Section 80(1) of the Environmental Protection Act 1990, requiring her to stop making the sounds, following a number of different approaches.

Ms F applied for judicial review to quash the noise abatement notice on the basis that she could not control the noises which she made. On her behalf, it was argued that the notice was discriminatory. It was unfavourable treatment by reason of her disability, in breach of sections 15 and 29 of the Equality Act 2010. Further, it was argued that the notice was in breach of the local authority’s public sector equality duty (PSED) and Article 14 of the European Convention on Human Rights (ECHR).

As a preliminary issue, the High Court dealt with the issue of whether Ms F could apply for judicial review, because there was a statutory right of appeal to magistrates against the notice under section 80. The court found that there was a right to apply for judicial review. An appeal under section 80 would result in delay which would be in no-one’s interests. No live evidence was required in judicial review proceedings, there were no significant disputes of fact. Also, it was not clear whether the discrimination issues could be dealt with under a section 80 appeal.

In relation to disability discrimination and its relationship with noise abatement notices, the court refused the application and found the following.

“Noise” may be defined as any unwanted sound. Above a certain level it can be hazardous to health. It has been reported that most complaints about environmental pollution made to local authorities and the Environment Agency relate to noise.

Nuisance, in English common law, is defined, in summary, as an unlawful interference with a person’s use or enjoyment of land. Whether noise can be classifies as a nuisance depends on a number of factors including its level and frequency.

Local authorities are under a duty under the Environmental Protection Act 1990 to deal with statutory nuisances. Statutory nuisance means, in outline, something which is prejudicial to health or a nuisance.

A local authority has power, under section 80 of the Act of 1990 to serve a noise abatement notice if it is satisfied that noise amounts to a statutory nuisance. The notice may include a requirement that the noise ceases or is limited to specific times. The person upon whom the notice is served can appeal within 21 days. Failure to comply with an abatement notice without reasonable excuse is a criminal offence. Alternatively, a local authority may apply to a civil court for an injunction to enforce the notice.

The Fisher case considered the relationship between statutory nuisance caused by noise, disability discrimination, the public sector equality duty (PSED) and human rights. The PSED is set out in section 149 of the Equality Act 2010. In summary, it states that a public authority must, in the exercise of its functions, have due regard to the need to eliminate discrimination and to advance equality of opportunity. In the Fisher case, the court stated that this did not require the Council to elevate Ms F’s wishes above her neighbours’ right to live in peace.