The construction industry is renowned for being the sector with the greatest number of fatalities and major injuries but even more working days are lost to work-related ill health. How much of this is mental ill health? Andrew Christodoulou investigates. 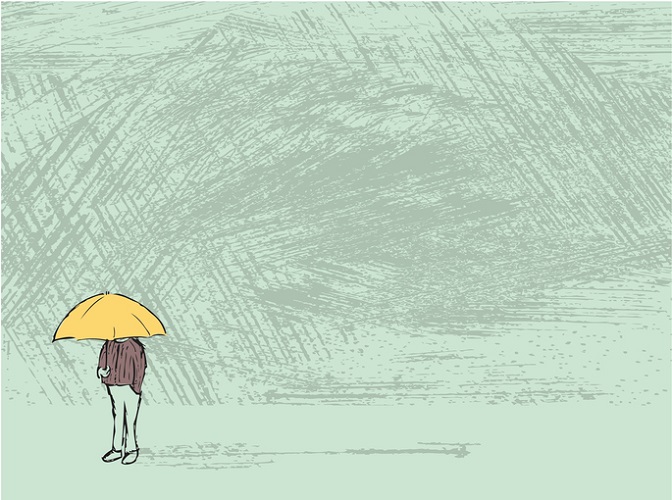 The latest figures from the Health and Safety Executive (HSE) show that for 2015/16 there were 43 fatal injuries to workers in construction. The industry accounts for 27% of fatal accidents to employees and 10% of all major injuries which occur each year.

Hidden in the statistics relating to health is a surprising figure; of the estimated 79,000 cases of reported illness in the construction industry, 18% of these relate to stress, depression or anxiety —amounting to 400,000 days lost each year.

The HSE has recognised the issue of stress in construction for some time. In 2007 it published Research Report RR518 An Analysis of the Prevalence and Distribution of Stress in the Construction Industry.

Today, suicide is increasingly an issue for construction. Work-related suicide statistics are not officially recorded in the UK, but research suggests that in the construction sector, workers could be 10 times more likely to die by suicide than from on-site accidents.

So what makes the construction industry so prone to stress, anxiety, depression and suicide? How can it be managed? How can workers be helped?

The Special Factors of the Construction Industry

The workforce in the construction sector is predominantly male, and has a particular range of factors recognised as likely stressors.

The construction industry is a tough competitive industry. It has targets and deadlines for completion of projects with financial penalties for delays and late completion. Many workers in construction feel the pressure and tension of having to compete to reach the production targets that have been set. They can be held personally responsible for any delays which may occur. Their jobs may depend on meeting the deadlines. Financial penalties can affect their income.

Physical conditions on most sites are tough and extremely dynamic and may change constantly. There can be additional pressures from the weather, wind, rain, hail and snow adding to difficult working conditions. Sites can be noisy and overbearing with plant and machinery on the move. Meeting deadlines can be more challenging in such circumstances.

Many workers in construction have to travel away from their homes to work, which could involve long daily travel distances and many staying away from home. Loneliness can be a significant factor for many construction workers, contributing to their stress, depression and anxiety.

Most workers in construction are self-employed, working from contract to contract and to this extent job security is fragile and uncertain. This perception of job insecurity is another important stressor.

The work itself is often dangerous and testing and working against strict deadlines under pressure can make adhering to safe working procedures difficult. Some workers are consequently anxious about their own wellbeing while on site. Apart from the risk of accidents there is often a risk of exposure to hazardous substances such as asbestos and silica and workers can experience stress and anxiety where they believe they may have been exposed to such hazardous substances and where development of a disease may take many years. Some workers have the added responsibility for the health and safety of others.

The industry is also known for its macho image. This means some workers may be reluctant to admit to stress, depression or anxiety and so may not seek or receive the help they need. The nature of the industry may also lend itself to bullying and harassment.

Dealing with Stress, Depression, Anxiety and Suicide in Construction

The Health and Safety at Work, etc Act 1974 requires employers to ensure the health and safety of their employees and also third parties who might be affected by the employer’s activities. This general duty extends to stress, anxiety and depression caused by work. But it is often not considered in the construction sector where site hazards such as working at height are seen as a higher priority.

The Construction (Design and Management) Regulations 2015 provide a framework for dealing with health and safety risks and issues for the duration of a project. The Construction Phase Health and Safety Plan sets out the risks and how they will be managed. It is however rare for such plans to consider stress and wellbeing for workers on site.

The HSE’s Stress Management Standards can be used to assess and manage stress, anxiety and depression on site. The measures needed in this respect can be incorporated into the construction phase health and safety plan for each project. This may involve for example wellbeing programmes, training for managers and others on how to deal with stress, and worker access to counselling and helplines.

A number of support groups and charities have come together to provide information including training programmes to promote mental health and wellbeing in construction. One such is Mates in Mind, a charitable programme set up by the Health in Construction Leadership Group (HCLG) with the support of the British Safety Council that aims to raise awareness and understanding of poor mental health in the construction sector. The charity provides help and support for those suffering mental health issues as well as practical advice for employers. Its stated purpose is to bring the industry together to openly talk and address the stigma associated with mental ill health and is based on the Australian Mates in Construction model.

There is little doubt that mental health in construction is a significant issue. It is going to need a massive cultural shift within the industry to deal with it, requiring managers and workers alike to recognise that there is an issue and for workers not to be afraid of putting up their hands and asking for help.

If you need help on mental health and wellbeing issues, Health Assured offers the most comprehensive employee assistance programme (EAP) available today. Health Assured high quality counselling and specialist work–life support is delivered through an in-house team of 60 BACP accredited counsellors, supported by a network over more than 1650 active counsellors across the UK, with access to a further 4500 BACP counsellors. Their specialist service supports 9 million people throughout the UK, handling over 300,000 calls a year.