Many people cope day in, day out with hidden disabilities, which include hearing or vision problems, mental illness or chronic pain. Employers and colleagues often struggle to take these disabilities as seriously as they should because of the lack of physical symptoms. But, argues Jon Herbert, organisations are now better-placed than ever to improve both the lives of skilled, talented staff and the general workplace environment. 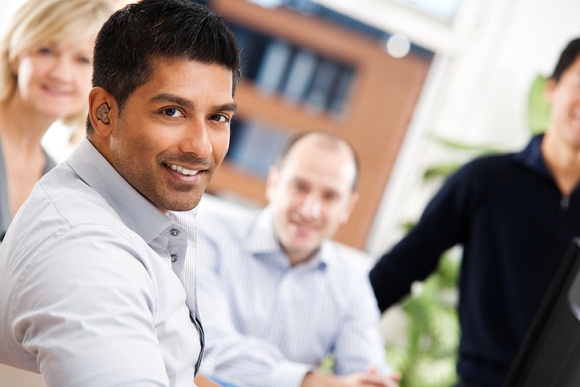 One colleague is completely deaf in their left ear. They get very frustrated that, unless they keep mentioning it, no one takes this disability into account in meetings or when planning conference calls — but the truth is because we can’t see it, we usually forget it is an issue.

The burden is extremely real for the person involved, however.

Further, research by the charity Scope found evidence that more than 50% of UK employees with a less obvious disability worry constantly about losing their jobs. Scope adds that people with disabilities are twice more likely to lose jobs than their non-disabled colleagues.

Ironically, because many disabled people feel obliged to work harder and longer to prove themselves, they often appear to be better-performing workers. Conversely, asking for reduced hours is sometimes seen as a big negative.

Statistically, Scope found in its February survey that 53% disabled people have experienced bullying or harassment at work because of their impairments.

The research also found that 21% hide their disability from employers; 13% have been overlooked for a promotion, and 24% say their current employer is not supportive of their disability.

This makes poor business sense; few companies can afford to waste valuable skills and talents that are already in short supply. Fortunately, an important change in culture is gathering pace.

Many people travel and work with cancer. They may be undergoing drug treatment which leaves them feeling nauseous, dizzy, tired and weak.

Migraines can be totally debilitating in ways that are hard for co-workers to understand.

Fibromyalgia, also called fibromyalgia syndrome (FMS), is a long-term condition causing pain all over the body. It can also increase pain sensitivity, fatigue, muscle stiffness, sleeping difficulties, problems with mental processes (known as "fibro-fog") that effect memory and concentration, and cause headaches and irritable bowel syndrome with stomach pain and bloating.

Dyslexia is a condition that doesn’t differentiate who it affects. Even so, many people feel obliged to carry the weight of dyslexia at work by allowing themselves to be labelled lazy or disorganised for fear that their job, status and salary will be at risk if the truth is known.

Thousands of diabetic employees also have to put up with injecting themselves throughout their lives — and worry constantly about the future.

Managing and mitigating hidden disabilities can impose a huge mental stress on top of the unpleasantness, chronic pain and fatigue of the original condition itself.

Occasionally, employees may not even know that they have a disability. They may feel unable to articulate their condition, which then leaves them feeling misunderstood and ignored. Or they may suspect that something is wrong, but don’t know what it is, or how to start fixing it.

A considerable number of employers are still reported not to react well to hearing that a member of staff has a mental disability such as bipolar disorder or depression. It is seen as a weakness rather than an affliction.

Being sent for an occupational health assessment can make matters worse; hints that one possible outcome could be dismissal only racks up the pressure.

So what can employers do?

Many employers may very much want to help but don’t know what to do or say; they don’t want to cause offence. Educating staff and a change in culture helps managers, too, because a healthy and productive environment works for everyone.

A good starting point can be to create a safe space in which all employees feel confident enough to raise, explain and discuss what are often very personal and confidential issues. Taking special advice can be helpful, although it may best come from the employees concerned.

Raising awareness that hidden disabilities even exist will be a bonus as another barrier broken. Encouraging understanding in the workplace will prevent pointed glances at the clock, or derogatory comments about someone’s commitment.

Greater use of flexible working patterns is often a very useful tool. Rather than doing less, it is an opportunity to trust valued workers to work efficiently around their conditions.

Target support at the disability in question. For those, like my aforementioned colleague, with hearing problems, communications support is vital. Good lighting, adapted telephones, an absence of background noise and even assistance learning lip-reading all go a long way. For those with visual impairments, additional risk assessments may be required, as may software that magnifies onscreen text or images.

Work with the employee in question to create an action plan, if required, to help them manage their condition and allow them leave to attend appointments connected with their health.

Employers should also acknowledge that travel can be a major issue even before work starts and long after it has ended.

The strain of regular commuting can be high if sufferers find it hard or embarrassing to ask for, say, seats on crowded buses, tubes or trains. In some instances, they report being helped only when they actually pass out. Could a parking space be arranged at work? Might working hours be adjusted to prevent travel in rush hour?

Another constant rub for externally fit-looking people is being told that disabled toilets are meant for the “disabled”. Bystanders frequently don’t understand what they can’t see. Supporting your employee, if relevant, in applying for and owning a Radar Key to unlock thousands of accessible toilets across the country instantly can be a great help.