Building a third Heathrow airport runway seems to fly in the face of the UK’s ambitious new net-zero by 2050 emission policy. But the Government is also planning a radical overhaul of aviation. Coupled with new technologies will this make flight sustainable? Jon Herbert reports. 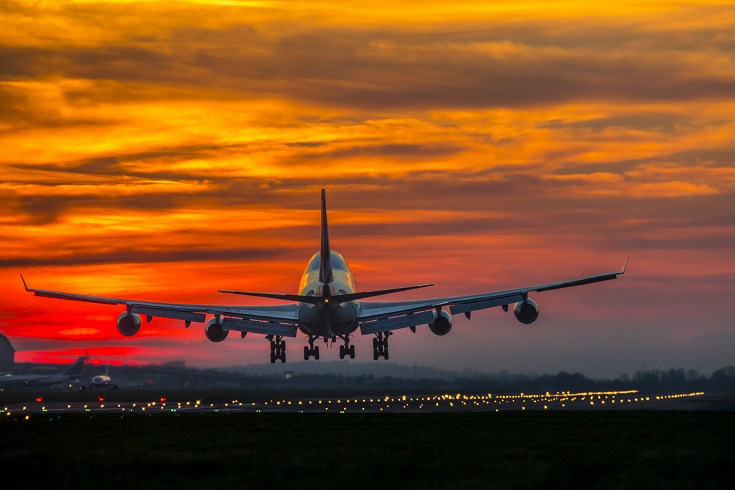 Three decades later the project is in a very different environment. As well as noise, congestion, air pollution and community disruption concerns, Heathrow as Britain’s “largest carbon emitter” is under pressure to prove that it can be part of a net-zero greenhouse gas emissions society where relying on remote carbon offsets and compensatory cuts in other industrial sectors is seen as avoiding the core problem.

The Government, which has now formally introduced its net-zero carbon policy to Parliament, faces a dilemma. But two other factors are important. First, Whitehall is consulting on fundamental changes to how UK aviation is organised that will redraw Britain’s “motorways in the sky”, shorten flight paths, end fuel-hungry stacking and safeguard urban centres from noise and pollution.

Second, a quiet low-carbon electric aviation revolution is under way. Getting enough green watts airborne to power short-haul journeys, let alone intercontinental routes, is a huge technical problem, but a growing number of local shuttle and air-taxi prototypes are lining up for take-off.

If Heathrow is granted planning permission after a three month public consultation ends on 13 September, the £14 billion runway will be built by 2026. This will be followed by a revamp of terminals 2 and 5, a huge new car park and other infrastructure bringing the full cost up to c.£30 billion by 2050.

This will inevitably generate extensive supplier and supply chain opportunities. But the concept of flight itself is under attack. Worldwide aviation emissions have now passed 1 gigatonne of CO2. The industry produces c.3% of global emissions, a figure that could rise to 10% by 2050.

Flight is also not exactly democratic either; 75% of air journeys are made by 15% of the population, said to be behind a 40% rise — 11 million additional flights — in the last 10 years. Transport Secretary, Chris Grayling noted that UK passenger numbers have again reached all-time highs with more than 28 million travellers using Manchester, 14 million Edinburgh and almost 9 million Bristol.

One result is pressure for the “polluter pays principle” to be applied. The European Commission is considering a jet fuel tax of €330 per thousand litres of kerosene to cut aviation’s carbon footprint by 11% — some 16.4 million tonnes of emissions — and also increase average ticket prices by 10%.

Another approach could be the disincentive of steeply rising personalised costs after a small number of initial flights each year. But the inevitable conclusion is that air travel demand must be curbed.

What a new runway involves

If Heathrow’s plans go ahead, annual flights will increase from 480,000 to 760,000 by 2026. The physical price tag will involve diverting rivers, moving roads, rerouting the M25 through a tunnel under the new runway and demolishing some 761 homes, including the entire village of Longford.

Greenpeace, the Mayor of London, local councils and Friends of the Earth have led not just local objections but also rising concern about climate change. To be a reasonable neighbour, Heathrow wants better public transport links, six-and-a-half hours of undisturbed no-flights sleep for local communities at night and a new low-emission zone with extra charges for more polluting vehicles.

The Government, however, finds itself in a cleft-stick. Its independent advisor, the Committee on Climate Change (CCC) says the UK's planned increase in aviation must be curbed to restrict CO2. However, the Department for Transport (DfT) argues that Heathrow expansion, will "provide a massive economic boost to businesses and communities" across the UK, all at "no cost to the taxpayer and within our environmental obligations".

Some of the answers may be found in a new review of aviation infrastructure being undertaken byDfT and the Civil Aviation Authority (CAA) to modernise UK air space. The main aim is to modernise UK airspace (which hasn’t fundamentally changed in 60 years) so that there are fewer delays and planes burning a fifth less fuel — the equivalent to 400,000 fewer flights a year. With no action, 1 in 3 flights could be delayed by half an hour or more, by 2030. The idea is to “make flying cleaner, quieter and quicker, as we make our aviation sector one of the greenest in the world”.

Specifically, the goal is to:

The global aviation sector relies on petroleum-based products and uses more than 5 million barrels of fuel every day. Scientists at the Department of Energy's Lawrence Berkeley National Laboratory (Berkeley Lab) think sustainable plant-based bio-jet fuels could provide a competitive alternative, particularly on long-haul flights where the prospect of storing energy in heavy batteries is low.

However, as June’s Paris Airshow demonstrated, electric flight is also feasible. “Alice” made by Eviation is the world's first commercial all-electric passenger aircraft. It is designed to carry nine passengers for up to 650 miles (1040km) at 10,000ft (3000m) at 276mph (440km/h) from 2022. The makers say green electricity can be cheaper than conventional fuel.

Other prospects include Rolls-Royce, Airbus and Siemens are working on the advanced E-Fan X programme set to fly in 2021; United Technologies with engine-maker Pratt & Whitney on the Project 804 hybrid electric demonstrator, Zunum Aero backed by Boeing on another hybrid design and EasyJet working with Wright Electric aiming for regular services by 2027.

Another pioneer is Vancouver-based Harbour Air which, in May, announced plans to become the world’s first all-electric airline flying 500,000 passengers annually to 12 Pacific Northwest destinations from 2022 using existing battery and electric motor technology developed for cars and industry that suits its short-hop journeys.

However, the overall conclusion is that passenger numbers are still growing faster than innovation can take carbon out of the air.

UK aviation is in flux, if not transition, with a mixture of political, economic, environmental and technical pressures that are expected to radically change the way we fly but also generate important innovation and supply opportunities.