When the UK leaves the EU, the Government has stressed that it will maintain workers’ rights by ensuring that the extensive health and safety regulations built up over many years continue to provide an unchanged high level of workplace protection. Jon Herbert investigates. 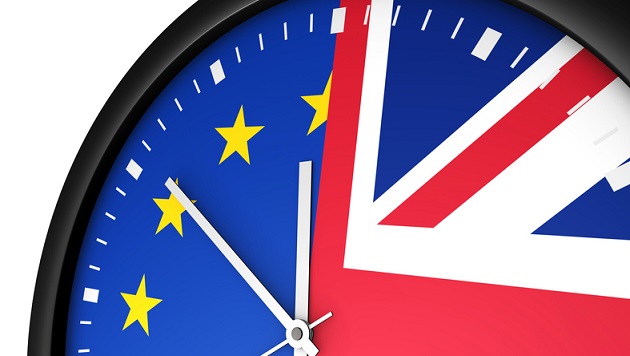 As part of a smooth health and safety transition at every level for employers, employees and supporting bodies, the Health and Safety Executive (HSE) has been contributing to cross-government work co-ordinated by the Department for Exiting the European Union (DExEU) in a number of key areas.

These include work on chemicals regulations with the Department for Environment, Food and Rural Affairs (Defra) and product safety with the Department for Business, Energy and Industrial Strategy (BEIS). Looking further ahead, the HSE is also helping with the preparation of Government proposals ready not only for “Day One” following the UK’s eventual departure, but also the longer term, depending on the final form of a negotiated outcome with the EU.

What’s happening with health and safety before Brexit?

Meanwhile, the Government is publishing information on contingency preparations to help businesses and others make informed plans across a number of policy areas in the event of no agreement being reached. The HSE has also contributed to a number of “technical notes” on topics that include health and safety at work, chemicals and workplace machinery.

As part of the new legislative platform, the Government also published in July the Health and Safety (Amendment) (EU Exit) Regulations 2018 to ensure that EU-derived health and safety protections will be perpetuated into UK domestic law. The Explanatory Note explains how these will work.

There is a broad consensus across industry that continuity is important. The manufacturers’ body EEF has encouraged the Government to avoid any business “disruption” that could be caused by replacing, or even abolishing existing labour and employment laws. Hilda Palmer of The Hazards Campaign, established as a national network in 1988 to campaign for improved workplace health, safety, welfare and a reduction in work-related injury, ill health and death incidents, has been quoted as saying, “Brexit must not be used as a Trojan Horse to reduce health and safety laws now or in the future”. Chemicals are a major concern. She added, “We also need a commitment that the UK will remain part of the REACH regulations on chemicals, which the UK cannot match alone”.

Will the legislation change?

One reason why the UK is unlikely to fundamentally change the current status of health and safety legislation upon and after Brexit is because it has played a formative role in regulatory development over more than 40 years and is still seen internationally as a leader and pacemaker.

“Primary legislation” like the Health and Safety at Work, etc Act 1974 is overarching legislation that sets goals rather than proscriptive measure and comes wholly from the UK. Meanwhile, “secondary legislation” outside of Acts of Parliament comes from EU directives.

To try to maintain free trade with EU members, the Government is expected to be very keen to continue adherence. The “Great Repeal Bill” will make it possible to “amend, repeal and improve” individual laws. The overall expectation from a practical point of view is very much business as usual.

Changes now largely hinge on whether the UK’s position is covered by other agreements and memberships, plus work in areas such as offshore where multi-national partners are involved.

Since the UK joined the European Economic Community as it then was in 1973, the EU has been central in the health and safety protection of workers across Europe. This started with a framework directive that mirrored much of the UK’s Health and Safety at Work, etc Act 1974. The directive and five “daughter” directives set principles for health and safety management that were transposed into national law by Member States. An overriding concept was that “employers evaluate, avoid and reduce workplace risks in consultation with their workforce”.

Additional directives addressed specific hazards, such as noise, asbestos, work at heights, construction work, chemicals, machinery and offshore work. Industry found these a burden, particularly in the early days. However, the UK’s health and safety regime was seen to be a broad positive fit.

The European Union (Withdrawal) Act 2018 (EUWA) which comes into effect on 29 March 2019 provides legal certainty for continuity when Brexit is triggered through a rulebook and institutional arrangements that are as tight as possible to current principles, rights and obligations. Over and above post-Brexit regulations and relationships, it is widely acknowledged that proportionate and reasonable risk management saves business money and has important reputational as well as ethical benefits that it would illogical and counterproductive to discontinue.

Devil in the details

However, some adjustments will be necessary. EUWA allows the Government to decide whether regulations ensuring legal provisions based on EU laws which continue to be effective after Brexit are “affirmative” instruments that need parliamentary debate, or “negative” instruments that can come into force immediately.

A degree of careful tailoring has been required. Some significant amendments will be needed to the Control of Major Accident Hazards Regulations 2015 where specified information should be available to other Member States where they can be affected by major accidents. The UK will still be under international obligations to share data around potential boundary effects of major accidents as a party to the UNECE Transboundary Effects of Industrial Accidents Convention (TEIA).

However, where regulations mean that information about major accidents meeting schedule 5 in the regulations is involved, the Government thinks this requirement should be removed because the UK is covered by its membership to the Organisations for Economic Co-operation and Development (OECD), as well as being a party to the UNECE TEIA Convention.

The Control of Substances Hazardous to Health Regulation 2002 has been amended so that the HSE can make exemptions from prohibitions for certain substances and articles imported from outside the European Economic Area.

In the offshore sector, amendments to Regulation 32 of the Offshore Installations (Offshore Safety Directive) (Safety Case, etc) Regulations 2015 have removed the need for knowledge, information and experience to be exchanged with other Member States. The regulations will continue to apply to Great’s Britain’s offshore waters.

For the Offshore Installations (Prevention of Fires and Explosions, and Emergency Response) Regulations 1995, Regulation 22 has been changed in respect of post-exit day exemption certificates subject to “any of the provisions imposed by the ‘European Union’ in respect of the encouragement of improvements in the safety and health of workers at work”. The issuing of certificates will only be limited by EU provisions imposed up to exit day.

In the construction industry, most significant is probably the Construction (Design and Management) Regulations 2015, or CDM, mainly enabled in 2015 to align the roles and duties of clients, designers and contractors across Europe. The Work at Height Regulations 2005 and the Control of Noise at Work Regulations 2005 are derived from EU directives.

As Brexit day comes closer, some tweaking of regulations and legal provisions relating to health and safety laws and intentions in the UK is and continues to be necessary, particularly where work activities and their implications include or potentially affect other EU Member States.

Employers have generally stressed the importance of continuity with minimum if any disruption. Employee organisations have let it be known they would be very opposed to any dilution of protection measures affecting workers.

The generally expectation is that the direction of health and safety legislation will continue as it is now with as little change as possible.