What is cyberspace and how important it is? Mike Sopp summarises how new threats can affect health and safety professionals, and advises on preventive action. 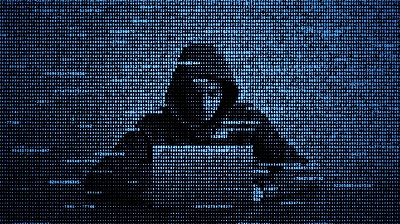 Cyberspace is the term used to describe the electronic medium of digital networks used to store, modify and communicate information. It includes the internet as well as other systems used to support businesses.

Cyberspace is an integral part of modern society and the systems associated with it can bring many benefits to businesses in terms of efficiencies and effectiveness.

It can be stated with some confidence that cyberattacks are becoming the number one threat to many organisations, particularly as the world becomes more connected through cloud services and the Internet of Things.

For those responsible for an organisation’s health and safety management functions, cyberattacks may not be high on the agenda of risks to be managed. However, as the Health and Safety Executive’s (HSE) business plan for 2018/19 notes, “cyber security is becoming a bigger issue across all sectors”. One of its key strategic priorities is to ensure the threat from cybersecurity is adequately addressed in high-hazard businesses.

What are cyber threats?

There are a number of potential “hostile” or “threat actors” who intend to use cyberspace for malicious purposes, be this for terrorism activity, other forms of crime or state/industrial espionage.

These threat actors include criminals, terrorists, so-called “hacktivists” and even foreign states. Obviously, their relative resources, capabilities and motivations will vary depending on the particular profile.

It is often thought, from a cybersecurity perspective, that threat actors will typically be an outsider to the organisation. However, such activity may also be perpetrated by insiders, former insiders or those from outside working in collusion with an insider. This will include both direct employees and those from the supply chain with access to relevant systems.

The motivation for cyberattacks can be complex but include ideological reasons, personal financial reward, revenge, need (eg debt), conveyance of a political message, etc.

In order for a successful attack, there needs to be an intersection of:

How do cyberattacks work?

There are several methods of cyberattack utilised by threat actors. The UK National Cyber Security Centre (NCSC) at www.ncsc.gov.uk publishes detailed information on the various methods used but, in summary, the most common attacks are as follows.

It is worth noting that the NCSC, in its most recent report on cyber threats to UK business, highlights the threat posed by the supply chain. This includes compromises to managed service providers (to gain access to data) and the exploitation of products prior to their supply.

The health and safety context

No matter how an attack occurs, the consequences to an organisation can involve significant financial loss and reputational damage. It can also result in other risks materialising, including those related to health and safety.

From a health and safety context, cyberattacks can be grouped into three distinct areas, as follows.

In early 2017, the HSE published Cyber Security for Industrial Automation and Control Systems. Aimed at major hazard workplaces, the publication recognises that threats can originate not only from system networks but also software upgrades, maintenance activities and unauthorised access.

This document notes that IACS are increasingly merging with corporate systems and, together with the increased use of non-proprietary systems, “has led to modern IACS becoming potentially more vulnerable to cyberattack”.

Such an attack on an IACS could have significant safety implications. In December 2014 a malicious actor infiltrated a German steel facility. The adversary used a spear phishing email to gain access to the corporate network and then moved into the plant network. According to reports, the adversary showed knowledge in IACS and was able to cause multiple components of the system to fail.

They specifically targeted critical process components, succeeding in preventing a blast furnace from initiating its security settings when it should, which resulted in massive physical damage. This could have become a safety critical event, given the hazardous nature of the processes and materials involved.

A cyberattack could have serious repercussions even in organisations that are not major hazard industries. Health and safety management systems can create considerable volumes of documentation containing sensitive business-related information as well as personal data relating to employees or other persons.

The recently introduced General Data Protection Regulations requires the duty holder to hold personal data securely and states that data shall be “processed in a manner that ensures appropriate security of the personal data including protection against unauthorised or unlawful processing”.

Failure to protect sensitive health and safety data and its subsequent loss or theft could incur investigation and prosecution by the Information Commissioner’s Office. Fines can be imposed up to €20 million or 4% of an organisation’s turnover.

There may also be data relating to health and safety that is commercially sensitive that the organisation may wish to keep out of the public domain. The unauthorised access and subsequent release of such data may cause considerable commercial and reputational damage to the organisation.

In addition to the above, other consequences of the loss of general health and safety information could include the following.

Preventing access to databases containing vital safety information due to a cyberattack must also be considered. For example, organisations interacting with the public often utilise databases detailing potentially violent service users. If access to this database is compromised, it could create additional risks to employees.

The third area that can have health and safety implications can be described as operational. Building Management Systems (BMS), either standalone or integrated, can form part of many health and safety risk control systems. These systems control several environmental factors (eg ventilation, lighting, power, fire and security systems, etc).

Similarly, a breakdown in communication systems, such as those for lone workers, may again put employees at increased risk.

How to manage cybersecurity

Organisations should be looking at cyber threats in relation to health and safety and ensuring that these are addressed in their overall corporate approach to cybersecurity.

The interconnected relationship between cyberspace risks and those associated with health and safety is an emerging and dynamic relationship. An organisation currently managing cyber threats will be able to integrate the necessary control measures to cover health and safety.

The overall approach recommended by the NCSC is based upon the following 10 principles.

Clearly, the above principles can be applied to any cyberspace system and those used for health and safety purposes are no different.

The role of the H&S practitioner in cyber safety

It is worth noting that the NCSC guidance, HSE publication and ICO guidance all focus on the overall management system required to ensure “cyber safety” and do not in any way suggest that health and safety practitioners (or other risk specialists) should be experts in cybersecurity.

Just as most health and safety practitioners work from an advisory position to enable others within the organisation to manage risks, cybersecurity may need the input of a competent cyber risk specialist to support those who have responsibility for managing systems.

What is important is the partnership between the business and the IT security function to fully consider the risks. This is usually done through three lenses.

This organisation works to protect the public from the most serious threats from organised crime. See the 2017-2018 report The Cyber Threat to UK Business, published in conjunction with the NCSC.

The NSCS was set up to protect the UK from cyberattacks, manage major incidents and improve security through technological advancement and advice. It offers a wealth of guidance, services and resources for businesses, as well as weekly threat reports on current threat intelligence.