Dark morning and nights means many of us feel increasingly tired during the working week. Jon Herbert describes how taking time out to develop better sleeping habits has important benefits and employers must take steps to protect employees, especially shift workers, from fatigue. 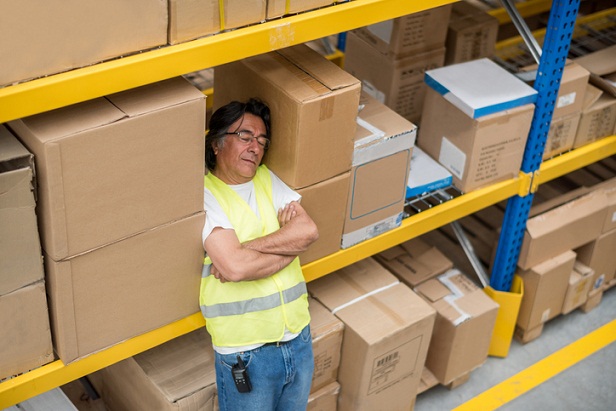 It’s the time of year when sleep can beckon more seductively than usual. Yet many workers routinely get far less quality sleep than they need — which can be an occupational as well as a long-term health hazard. So what is the magic number of hours to spend in bed?

Research is uncovering how the vital rejuvenation process works as we sleep. It is also revealing the long and short-term effects of sleep deprivation.

However, while modern life can have an adverse impact on healthy sleep patterns, the analysis of data has shown that cultures remote from any source of artificial light have a remarkably similar number of sleeping hours to those caught up in the frantic 24-hour digital society. As with many other moderate habits, the Goldilocks equation kicks in — not too many and not too few but somewhere in the middle is the ideal.

The dangers of fatigue

The UK has more than 3.5 million shift workers employed in many industries, from emergency services, healthcare, utilities and transport, to manufacturing, the oil, gas and chemical industries, entertainment and retail. Poorly designed shift patterns and long working hours that fail to balance work time with rest and recovery can lead to fatigue, accidents, injuries and ill health.

Fatigue is generally defined as a decline in mental and/or physical performance caused by prolonged exertion, sleep loss and/or disruption to the body’s internal clock. It is also linked to workload: workers are more prone to fatigue if their work is machine-paced, complex or monotonous.

The result can be errors and accidents, ill health and injury. Another victim is productivity. Crucially, fatigue is often a root cause of major accidents, with examples including the sinking of the passenger ship the Herald of Free Enterprise, the Chernobyl nuclear disaster and the Exxon Valdez environmental catastrophe.

In statistical terms, fatigue is implicated in 20% of major road accidents; it is calculated to cost the UK between £115 million and £240 million annually in work accidents alone.

Like other health and safety risks, fatigue needs to be managed properly and not underestimated. For example, accidents and injuries increase on night shifts, after multiple night shifts, during long shifts and where there are insufficient breaks.

Employers have a legal duty to manage fatigue risks, even when employees are keen to work overtime, or request specific shift patterns for social reasons. Simply complying with the Working Time Regulations 1998, as amended, is no assured solution to tiredness risks. The correct approach is to carry out a risk assessment of changes to working hours; the Health and Safety Executive (HSE) offers guidance plus risk assessment tools such as the “fatigue risk index”.

Employees should be consulted about working hours and shift patterns, says the HSE, but their preferences shouldn’t be granted automatically if they are unhealthy or cause fatigue. A wiser approach is to have a policy that addresses and limits working hours, overtime shift-swapping and on-call working. This must be monitored and enforced, perhaps with a robust hours recording system. However, a root problem for management is a lack of skilled staff or other resources.

There is no single optimum shift system that can be adapted to suit everyone. However, factors that need to be taken into account are workload, work activity, shift timing, shift duration, direction of shift rotation, plus the number and length of breaks during and between shifts. Physical environment features, plus management and employee welfare issues, affect shift work risks.

Night workers are a fatigue risk and can build up sleep debts because their sleep is often lighter, shorter and more easily disturbed by daytime activity and the body’s in-built resistance to daytime sleep.

The received wisdom is that eight hours’ sleep a night is about right. Authorities such as the NHS recommend this. Studies around the world into the occurrence of diseases come to much the same conclusion. Short sleepers and long sleepers are more likely to suffer from a range of ailments and have shorter lives. There is a problem nevertheless in telling whether a shortage of sleep is causing a disease, or whether a loss of sleep is the symptom of less healthy lifestyle.

In general, people who sleep for fewer than six hours a night are termed short sleepers; those getting on for 9 or 10 hours are long sleepers. Poor sleep and poor health feed off each other. Less fit people tend to exercise less and sleep poorly, becoming exhausted and less inclined to exercise in a vicious circle. Chronic sleep deprivation, defined as under-sleeping by an hour or two every night over a consistent period, has been linked to poor health outcomes.

The body’s reaction to insufficient sleep

In a study of more than five million people, a shortage of sleep was linked to diabetes, high blood pressure, cardiovascular and coronary heart disease, plus obesity. Even depriving people of sleep for a few consistent nights damages the body’s ability to control blood glucose levels. Vaccines are less effective; immune systems are more open to infection. One study concluded that fewer than seven hours of sleep increased the chances of catching a cold by a factor of three.

Brain function, long-term dementia and a higher risk of cognitive decline in senior adults have also been linked to poor sleep. Not sleeping enough means that the toxic waste which accumulates in the brain during an ordinary day isn’t drained away during sleep, resulting in a slightly concussed state.

How does sleep work?

Sleep is now known to occur in a cycle of sleep stages lasting for between 60 to 100 minutes, each with a different role in a complex series of processes. Every cycle starts with drowsiness, a semi-awake stage in which breathing slows down, muscles relax and heart rates drop. The second stage is slightly deeper. Oddly, you may feel awake. This means that you could be asleep but not know it. The third stage is deep sleep from which it is very hard to wake up because body activity is at its lowest.

The second and third stages are known as slow-wave sleep and are usually dreamless. Deep sleep is followed by a short return to stage two. We then enter rapid eye movement (REM) sleep with dreaming. This cycle happens several times, with longer REM periods in later cycles. The implication is that short sleep has a large effect on REM. A full series of cycles is essential.

Perhaps unsurprisingly, shift work is associated with many health problems. Again, too little sleep at the wrong time of day is linked to diabetes and obesity. NHS statistics show that shift workers are more likely to have “fair to bad” general health and “limiting longstanding illness”. Office for National Statistics figures show them to take significantly more time off sick. Lack of sleep seems to have a greater effect on non-manual workers in sedentary jobs.

International statistics also show that by and large the amount of sleep we get hasn’t changed much in several generations. But more people say they feel overtired. The problem may be concentrated in certain occupations and groups, eg women of almost every age seem to find it more difficult than men to get enough sleep, though the problem appears to be less acute in adolescence and later life.

There is also a difference between sleep and rest, a warning note for people with hectic social lives who enjoy late nights. Sleeping too little during the week and trying to close the gap at weekends is another cause of feeling sleep deprived.

There is also strong historic evidence that in days before gas and electric lighting, humans first went to sleep shortly after sunset, but then rose again for several hours during which they socialised and tackled domestic chores before settling in for a longer sleep. This certainly applied before beds were invented: falling asleep around the central manor house table was quite acceptable. The theory is that the 19th century industrial revolution pushed bedtimes later with no compensating extension of rising times. Artificial lighting altered the human body clock.

The modern update is the advent of laptops and mobile phones making it harder for young people in particular to drift off. Blue light from electronic devices makes us feel less sleepy. Digital socialising also winds the brain up at a time when we should be winding down for a peaceful night’s kip.

The recommended treatment for insomnia is cognitive behavioural therapy in preference to pills and potions, though this can be hard to access.

Comparing data from leading industrial countries suggests that natural seasonal variations in daylight and night-time hours has a smaller role in sleep patterns than social factors such as working hours, school times and leisure habits. Norway is an example where although daylight hours around the year can vary from 0 to 24 hours, sleep times only change by an average of half an hour. This is little different from equatorial countries where day and night are pretty equal and constant the year round.

And finally… larks and owls

More historic evidence shows that there always have been early-risers and night-owls; the advent of artificial light makes night-owls even more inclined to stay up comfortably and alert into the wee small hours. Some 30% of us are morning people; another 30% are evening people. The remaining 40% are in between, with marginally more inclined to be early-risers.

We have limited control of our body clocks. Night-owls and late-risers can try to alter their habits by cutting their exposure to light in the evenings, while increasing their light exposure during the day. In one Canadian research experiment, it only took two days to move forward the body clocks of a group of campers by almost two hours. Levels of the hormone melatonin tell our body to prepare for sleep, and these rose during the experiment.

This may not suit everyone however. Without naming names, certain people prefer working efficiently during the tranquillity of the night as opposed to the horrors of the alarm clock.