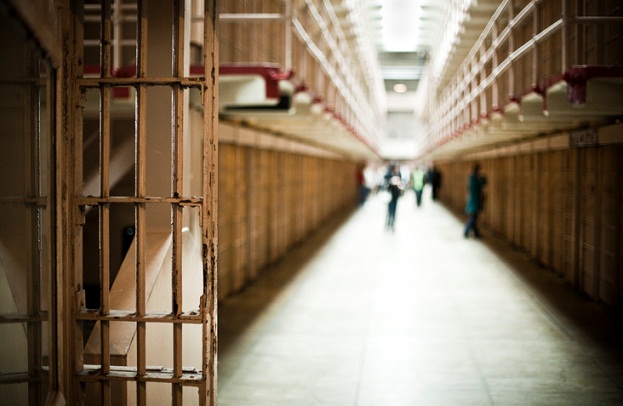 The Corporate Manslaughter and Corporate Homicide Act 2007 created a new statutory offence of corporate manslaughter in the UK. This allows a charge of manslaughter to be brought against an organisation. However, figures from the Crown Prosecution Services show how few prosecutions under the Act have been brought in England and Wales: 0 or 1 in six out of the past 10 years, with a highest being six cases in 2014.

On the other hand, cases of gross negligence manslaughter against individuals — that is manslaughter caused by an individual, as opposed to a corporation — appear to be on the increase and feature very regularly in our courts. Such cases apply not only to workplace deaths, but to life in general and mean that individuals in our society have very important responsibilities towards each other, which if not met can result in prosecution and penalties often including a custodial sentence.

So what is gross negligence manslaughter and how does it relate to responsibilities placed upon individuals in the Health and Safety at Work, etc Act 1974? How are such cases enforced and what are the penalties on conviction?

What is gross negligence manslaughter?

There can be further analysis of these tests as described below.

There are many ways in which a duty of care can arise between one individual and another. The early and well known case of Donoghue v Stevenson 1932, (the “snail in the bottle” case) outlined the so-called “neighbour principle” to help establish whether a duty of care was owed by one party to another. So under the principle, for example, employers have a duty of care to their employees. In work-related death cases it may be established that employees or directors within the same company owed the deceased a duty of care.

A breach of a duty of care arises if an individual who owes the duty fails to act as a reasonable person would do in their position. This is an objective test and will be based upon the defendant’s position at the time of the breach. Therefore, if the individual has acted within the range of what was generally accepted as being the standard practice, it will be difficult to describe such behaviour as falling far below the standard of a reasonable person in his position and the contrary.

Grossness of the breach

It is for a jury to decide whether the defendant’s conduct was so bad, in all the circumstances, as to amount to a criminal act or omission. In work-related death cases this may require the jury to consider any applicable standards, Approved Codes of Practice or guidance and how far below these standards the individual’s conduct fell. In plain English, defendants will be judged on their degree of carelessness or recklessness, and it must be extreme to be regarded as gross negligence, ie it amounts to a criminal act or omission. It is not just a very serious mistake or error in judgment.

The law states that the breach of duty must have caused the death in the sense that it more than minimally, negligibly or trivially contributed to the death.

There are of course other legal responsibilities on individuals in the workplace to take care of others and these include, in particular, ss.7, 36 and 37 of the Health and Safety at Work, etc 1974. These legal requirements run in parallel to gross negligence manslaughter and are related and connected. Often in manslaughter prosecutions, cases under the Health and Safety at Work, etc Act 1974 and related regulations are also taken against the defendant.

In July 2018 the Sentencing Council published definitive guidelines on sentencing in gross manslaughter cases. The guidelines came into force on November 1 2018 and apply to offenders over 18 who are sentenced on or after that date, regardless of the date of the offence.

The guidelines comprise a step-by-step decision-making process. In summary:

In the context of health and safety, relevant factors may include the seriousness of the offence where the offender showed a blatant disregard for a very high risk of death.

The offence of gross negligence manslaughter carries a maximum of life imprisonment (18 years followed by parole). Other penalties, such as being disqualified as a director, are an option but it is difficult to escape a prison sentence if convicted.

In April 2017, a mother Lucy King was jailed for three and half years after her two-year-old daughter died when she swallowed a heroin substitute used by the mother. Ms King had left a cup containing methadone on the floor while she slept.

The prosecution said in court:

“That is the tragic reality. The failing was so basic, so far removed from the standard of care that a mother should owe to her child, that it was grossly negligent.”

In May 2017, a construction supervisor was jailed for a year for gross negligence manslaughter over the death of a lawyer crushed by half-tonne windows. Amanda Telfer, 43, was killed when a stack of large unglazed frames collapsed on her as she walked past a building site in central London. Members of the public rushed to help, but Telfer could not be saved and she was pronounced dead at the scene. A jury found the supervisor at IS Europe Ltd, Kelvin Adsett, guilty of manslaughter and breaching health and safety legislation.

Sentencing him to 12 months in prison, Judge Peter Rook QC told him: “Your actions contributed to the wholly needless and untimely death of Amanda Telfer.” The judge said he had shown “reckless disregard” for what was a life-threatening situation.

Also in May 2017, a company director admitted causing the death of a golf club worker who was found dead in a resort lake. Gareth Pugh, 29, of Glynneath, Neath Port Talbot, died on 11 February 2016 while collecting golf balls with a weighted belt and breathing equipment at Peterstone Golf Club, near Newport.

Dale Pike, 25, also of Glynneath, admitted manslaughter by gross negligence, in breach of a duty of care to Mr Pugh, who had ADHD and learning difficulties, at Cardiff Crown Court. In July 2017 he was sentenced to 32 months in prison.

In October 2017 Robert Churchyard, an employee of an automated gate company, was sentenced to three and a half years imprisonment for gross negligence manslaughter. He had installed an automatic gate at a house. In April 2013 the owner of the house was killed when the gate came off its rails and crushed her. Churchyard had failed to fit a stop to keep the gate on its rails.

In R v Mohammed Khalique Zaman (2017), a restaurant owner had persistently failed to take steps to protect customers suffering with peanut allergies from being exposed to peanuts in the dishes he served. A customer died from an allergic reaction. He was sentenced to six years’ imprisonment.

A husband and wife were convicted of gross negligence manslaughter in June 2018, after a seven-old-child died when a bouncy castle they were operating was blown 300m across a park and into a tree. The pair had not anchored the inflatable nor checked the weather to make sure it was suitable to use the bouncy castle. A judge told them that they had taken “the most monumental risk with children’s lives”. They were each sentenced to three years in prison.

These examples show that cases of gross negligence manslaughter are a regular occurrence in the courts. They also show that the need for individuals to take care of others applies not just to the workplace, but also to everyday life. Those who act extremely carelessly, and where this results in the death of another person, may be liable to prosecution and imprisonment. We all need to be alert to our responsibilities to others or face the consequences.