All sectors of the UK economy will go through a transformation on the journey to net zero, according to the government’s independent Green Jobs Taskforce. In this report, John Barwise summarises the Taskforce’s key findings and highlights emerging job opportunities across a range of business sectors. 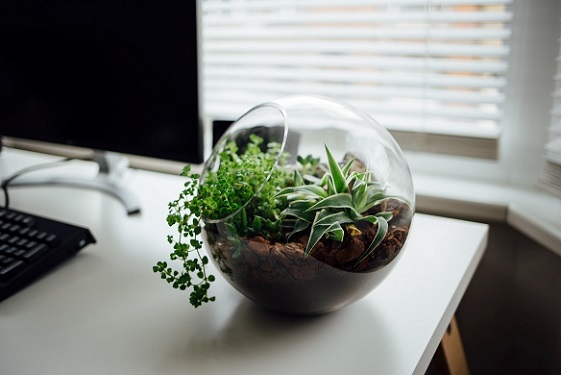 The transition to a low carbon economy offers the potential of sustained economic growth and new job opportunities. But what jobs are likely to emerge, what skills will be needed, and which sectors are likely to benefit most from this transition?

Research carried out by Place-based Climate Action Network (PCAN) found that one in five workers, and 6.3 million jobs in total will be affected by the transition to a net-zero carbon economy, with around 3 million workers requiring upskilling and a further 3 million will be in high demand.

The Green Jobs Taskforce, which includes experts from a wide range of industry sectors, education and skills training, and trade unions was launched on 12 November 2020, with a remit to set out the direction for an emerging green jobs market, as the country transitions to a high-skill, low carbon economy.

The Taskforce’s first report provides insight into where new growth is likely and the training needed to ensure people have the right skills to deliver net zero, and to benefit from new job opportunities that the transition is creating.

The Taskforce secretariat has compiled information about how occupations, skills and qualification levels are likely to expand as various industry sectors spearhead the transitions to a net zero economy.

As expected, as the UK progressively reduces its dependency on fossil fuel-powered energy, there will be an expansion in renewables and other low carbon energy sectors.

The Offshore Wind Industry Council estimate jobs to increase to around 70,000 by 2026, a rise of almost 170% in the next five years. Most of the new jobs will be in manufacturing, engineering and welding with additional vacancies for offshore technicians, project managers, development managers and seamen.

Jobs peaked in 2016 and 2014 respectively, but there will be more jobs going forward, as capacity expands. Welders, engineers and construction workers will be needed for onshore wind, whilst electricians, roofers and engineers will support growth in solar.

This which captures energy from tides using turbines similar to wind turbines, is forecast to see its UK workforce grow to 4000 jobs by 2030 and 14,500 by 2040 in manufacturing, installation and operations & maintenance (O&M).

This will continue to play a role in decarbonising the UK’s electricity system, even though many of the existing power plants are in various stages of decommissioning. The government is planning at least one more large-scale nuclear plant and is aiming to develop a suite of small modular reactors in the future.

This will be needed to ensure that significant volumes of low carbon power, heat and transport can be optimised across the grid system. Current assessments suggest smart systems could provide 25,000 jobs and reduce cost of managing the energy system by up to £10 billion a year by 2050. But skill development will be needed in specific supply chains such as energy storage. New jobs in existing supply chains will include electricians and electrical engineering, data modellers and programmers, electronic engineering etc, plus expansion in integration of electric vehicle charging, microgeneration, domestic battery storage and smart metering.

Hydrogen power and Carbon Capture, Use and Storage (CCUS) are likely to develop in industrial clusters in the Northeast and Northwest, the Humber, Scotland, and Wales. Referred to as “Super Places” these regions could see significant new job opportunities as the global markets for industry CCUS and CO2 transport, and storage expands substantially in the coming years.

This is expected to support up to 40,000 direct and indirect supply chain jobs, with offshore oil and gas workers likely to provide a substantial source of skills to the CCUS sector. The current view for hydrogen power suggests skills will be needed in project structuring, design and manufacturing, health and safety, commercial financial and legal services, engineering, procurement, construction and maintenance.

Plans for net zero by 2050 goes well beyond the growth in green energy. The government’s Ten Point Plan for a Green Industrial Revolution promises to mobilise £12 billion of government investment, and potentially three times as much from the private sector, to create and support up to 250,000 green jobs across a wide range of industry sectors, including the following.

Heat networks and heat pumps: heat networks provide around just 2% of UK’s heat demand, which the Committee on Climate Change (CCC) estimates will have to grow to 18% to meet carbon targets. To meet the expected surge in demand, specialist skills will be required design and project management construction and commissioning, operations & maintenance: engineering, operator, and technician skills and supporting professions such as legal, financial, commercial. The CCC also argues that 19 million heat pumps would need to be deployed in existing homes by 2050, which is likely to lead to new job opportunities and upskilling for traditional heating installers.

Automotive sector: the UK is the third largest market for ultra-low emission vehicles (ULEVs) in Europe and there is continued growth in electric cars, plug-in hybrids and hybrid electric vehicles. Many workers in the manufacturing sectors will need reskilling. Other jobs are likely in battery cell manufacturing charge point installers, smart charging services, engineering, planning and logistics as well as scrappage and recycling.

Aerospace: decarbonising aviation will take decades and will require continued R&D support in aircraft efficiency measures, hybrid, full electric and hydrogen aircraft development, and airspace modernisation. Upskilling the workforce in digital skills, systems engineering, programme management and leadership will be required. To decarbonise aviation and meet the increased global passenger demand, the Aerospace Technology Institute (ATI), estimates there could be 45,000 new jobs in the sector by 2035.

Shipping: the government’s Clean Maritime Plan includes new vessels designs with zero emission propulsion capability by 2025 and the establishment of a number of clean maritime clusters, by 2035, which combine infrastructure and innovation in zero emission propulsion technologies. The maritime skills profile will change significantly over the next 30 years, particularly marine engineers. Science, technology, engineering, and mathematics (STEM) subjects will increase and upskilling will be needed as jobs become more data driven and multidisciplinary in response to new technology.

Rail: the government has promised to invest billions of pounds towards enhancing and renewing the rail network, including electrification of more railway lines to meet ambitious targets of removing all diesel only trains by 2040. Analysis by The National Skills Academy Rail forecasts that between 7000 and 12,000 additional workers will be needed per year over the next 5–10 years, adding up to 120,000 people to the workforce. Many of those jobs are needed regardless of net zero goals, but by 2025, between 1000 and 2000 jobs will be needed annually, including maintenance technicians, operators, engineers, operations managers, and project.

Buses: the government is set to end the sale of new diesel buses from 2035 or sooner and to lay out plans for when the entire bus fleet will be net zero. £120 million government investment is ear-marked for zero emission buses, with further funding for at least two all-electric bus towns, beginning this financial year, as well as developing the first fully zero-emission city centre.

Cycling: this currently generates around 64,000 FTE jobs in the UK and contributes £0.7 billion to the economy, rising to around £5.4 billion a year in added value through reductions in loss of life, reduced pollution and less traffic congestion. The government aims to double cycling by 2025 with the potential for around 3000 new jobs being created overall.

Construction and retrofit: around 30 million buildings in the UK, use over 30% of all energy and add about 19% to the UK’s total greenhouse gas emissions every year. In May, the Construction Leadership Council (CLC) published a twenty-year blueprint strategy for retrofitting the UK’s 28 million existing homes. According to the plan, government investment of just over £5 billion during this Parliament alone, would unlock 100,000 jobs, generate government revenues of more than £12 billion, and provide up to £21 billion in added GDP.

The CLC argues that existing industry workforce will ultimately need to double, with the potential for around 500,000 new professionals and tradespeople, particularly around the installation of energy efficiency measures in existing buildings and adherence to agreed national standards.

According to the Taskforce, there is a critical shortage in retrofit designers and an estimated 12,000 workers a year would need training in retrofitting over the first four years, increasing to 30,000 per year over the following six years, resulting in an increased trained workforce of up to 230,000 by the end of the decade.

For new build homes, a target of 300,000 per year by the middle of the 2020s has been set and the requirement for these to be delivered to 31% lower emissions from 2022 and 75%–80% from 2025. All new homes must be more energy efficient and “zero-carbon ready” by 2025, opening up new markets and job opportunities in building design, energy-efficient building fabrics and insulation materials.

Waste and the circular economy: in its latest effort to keep waste materials and products in use as long as possible the government has introduced a circular economy plan which aims to increase resource efficiency decreasing demand for imported goods and increase employment. New job opportunities will be in sorting and reprocessing, repair and manufacturing, with further work for engineers, material scientists and managers.

Climate adaptation: this will play a key role in ensuring industry sectors, local communities and wider society will still be able to function, whatever the weather. Improving flood defences and retrofitting buildings will help build resilience to extreme weather/climate events. The Taskforce has identified more jobs are needed to support adaptation measures in housing and built environment, and local government, with more mechanical engineers for infrastructure adaptation and flood defences. Nature-based solutions, such as conserving forests, wetlands and peat bogs will also reduce climate impacts. See below.

Science and Innovation: beyond the more direct job opportunities mentioned above, the government’s “Green Industrial Revolution” will also help support additional career and educational opportunities in Science and Technology, including computer modelling and interpreting climate change projections with additional funding being channelled into innovation in engineering and effective low-carbon technologies such as clean hydrogen and CCUS which will increase demand for highly skilled roles in these sectors.

Job opportunities in a range of biodiversity sectors are also set to expand.

Forestry: the government aims to treble woodland creation, reflecting England’s contribution to meeting the UK’s overall target of planting 30,000 hectares per year by the end of this Parliament. New jobs are expected in tree planting, maintenance and harvesting with additional roles for more nursery crop technicians, forest works supervisors and managers as well as wider skills training for land managers, surveyors and farmers.

Nature conservation: restoration of habitats such as peatland, grasslands, saltmarsh and seagrass meadows will provide natural carbon sinks and provide significant expansion across environmental and conservation professions, including countryside rangers, forestry workers and horticultural tradespeople. There is also a need to increase training schemes in peatland and other restoration projects.