So many ingenious innovations are being launched that we have decided to run a regular quarterly update. In November and December 2015, Caroline Hand saw some particularly promising new technologies come to the fore. 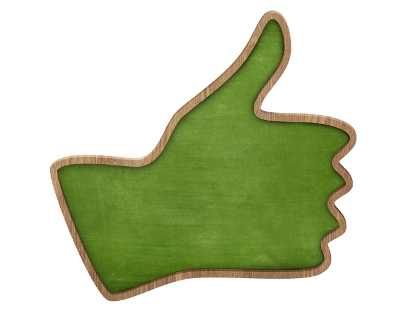 The view from space

As Major Tim Peake marvels at the view of Earth from the International Space Station, a new European satellite is making it possible for all of us to share this experience. Sentinel 2A, the EU’s latest Earth observer satellite, will send back breathtaking, lifelike colour photographs which will be free for anyone to download. These pictures, taken using both optical and infrared light across 13 bands, will be of a higher quality than those sent by existing satellites such as Landsat.

Since Sentinel 2A’s launch in June, the satellite photos have already been put to good use. They were on display at the recent COP21 climate change conference in Paris, which concluded successfully on 11 December. The images will enable scientists to monitor a wide range of features of the Earth’s surface, from crop patterns to the growth of megacities, and will be a valuable tool in furthering our understanding of climate change and its effects. Members of the public wishing to download the pictures will need to register.

The fight against flooding

Sadly, we have seen severe flooding recently in York, Cumbria and parts of Scotland. This followed a recurrence of catastrophic flooding in December in the North West, with flood defences being breached in towns such as Carlisle, Kendal and Lancaster. However, the Environment Agency (EA) has been hard at work, deploying innovative new technology both to predict floods and to mitigate their effects.

A new robot nicknamed Mr Nosey can enter flooded underground culverts and tunnels to investigate causes of flooding, sending back real time images of the blockages to Agency staff on the surface. Weighing in at 30kg, the robot is too heavy to be swept away by the currents.

Floods can be alleviated if vegetation on riverbanks is cut back, allowing water to flow more freely through the channel. The Agency’s new Robomower can mow submerged banks, while an amphibious boat can travel over both land and water, clearing overgrown weeds with a giant chainsaw.

New solar-powered cameras have been installed at various locations to monitor river levels. Residents are then alerted via Twitter when the water levels rise significantly. Further data is provided by tiny Acoustic Remote Controlled (ARC) boats which use ultrasound pulses to collect information about how much water is flowing in rivers. This technology is similar to the ultrasound scans given to pregnant women. They can be used on areas of a river that would be too dangerous to access otherwise, such as under bridges or in fast-flowing currents.

Competitions are a good way of unearthing and publicising the best green innovations and sustainable business ideas. First prize in the technology category of the sustainable business leaders’ awards held in November went to Genesis, whose Evogen cleaning product deploys bacteria rather than hazardous chemicals. Judge Lucy Chamberlain, from the RSA’s Great Recovery project said: “Evogen radically changes the way we think about cleaning; about the environment and about our responsibility to use a more effective, lower cost, ‘friendly’ alternative to chemical cleaners”. The new product has already proved its worth in the marine, waste water treatment and facilities management sectors.

Also in November, Business Green announced its technology awards. The prize for Consumer Gadget of the Year was awarded to Unilever for its compressed deodorants. These contain 50% less gas and 25% less packaging than a traditional deodorant. The judges were particularly impressed by Unilever's willingness to educate customers about the way a smaller but more efficient product performs better than the products it has replaced.

The prizes for Breakthrough of the Year and Technology of the Year went to Intelligent Energy for their telecom towers powered by hydrogen fuel cells. This technology is already having a tremendous impact in India. Henri Winand, Intelligent Energy’s CEO, said that “Over 70% of India’s circa 425,000 telecom towers experience power outages of approximately eight hours per day leaving nearly half of the country’s 935 million mobile phone users frequently disconnected for extended periods. Our power management solution and, ultimately, our hydrogen fuel cells can provide an efficient, clean and economical solution to keeping India connected.”

Our recent article on Remanufacturing Pioneers illustrated the value of remanufacturing to the circular economy. Until now, old car engines have been scrapped because traditional remanufacturing techniques are prohibitively costly, requiring new iron-cast parts and intricate machining processes. However, Ford have now made a breakthrough with their Plasma Transferred Wire Arc coating technology. This applies a spray to the inside of a worn-out engine block that helps restore it to its original factory condition. The spray had originally been developed for new, high performance models.

A second major motor manufacturer, Nissan, is taking a completely different approach to making its vehicles more sustainable. It has formed a partnership with energy business ENEL to develop a car that acts as an energy hub or storage device. Drivers can charge the car at times when electricity is cheap, then drive home and either use the energy or feed it back to the grid. Trials have begun in Denmark using Nissan LEAFs to develop a “Vehicle 2 Grid” (V2G) system that aims to integrate EV owners and fleets into the grid.

Continuing with the theme of energy storage, Swedish researchers have developed Power Paper, a new form of energy storage which could eventually replace conventional batteries. The paper is less than 1mm thick, is strong and durable and can be recharged hundreds of times. Unlike most batteries, it is waterproof and is manufactured without the use of hazardous chemicals.

Technically minded readers will be impressed to learn that “the paper has already set four world records for highest charged and capacitance in an organic electronic, highest measure current in an organic conductor, highest capacity to simultaneously conduct ions and electrons and highest transconductance in a transistor.”

According to fishing boat captain Craig Kasberg, the seafood industry is behind the times when it comes to using byproducts. In the USA, fish skins, heads, crab shells and so on are thrown back into the water where they decompose, using up oxygen and burying other organisms. Kasberg has teamed up with a small group of scientists and engineers to set up Tidal Vision, a business that finds sustainable uses for these byproducts. They have already developed a vegetable-based tanning method that turns salmon skins into wallets.

Tidal Vision has also pioneered an environmentally friendly process to extract a compound called chitin from crab shells — normally carried out using sodium hydroxide (NaOH). The chitin is used to manufacture a useful material called chitosan which has antibacterial properties.