The Christmas pantomime is yet another festive treat that many of us have been deprived of thanks to the pandemic. However, while things may look rather bleak on the panto front, there are numerous recent green innovations that could represent important progress on the path to a sustainable future. So, banish your winter 2020 blues with these promising innovations, introduced by some of your favourite pantomime characters. 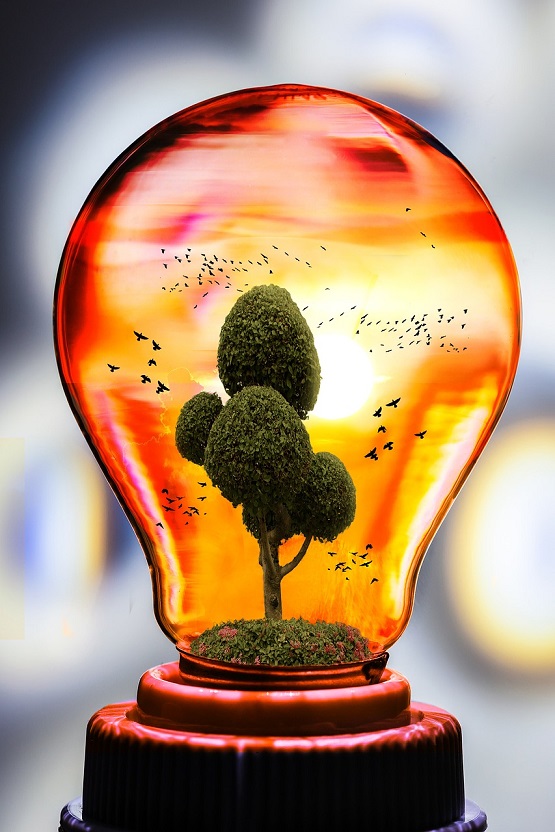 The fashion industry has received considerable attention concerning the environmental harm it causes, which is unsurprising given that an estimated 336,000 tonnes of clothing are thrown away in the UK alone every year, and that clothing consumption is responsible for over 5% of the UK’s annual water and carbon footprints.

Fast fashion is unquestionably a serious problem for the planet, and for the exploited workers who produce it. Fortunately, H&M, a business that has been criticised by campaigners for its fast fashion practices, has made progress through the installation of a memorably-named Looop machine at its store in Drottinggatan, Stockholm. The machine, which was developed by the H&M Foundation and the Hong Kong Research Institute of Textiles and Apparel, cleans and shreds garments into fibres, separates them according to material type, and then spins them into new yarn, which can be used to create new garments. This prevents unwanted or damaged clothes from going to waste.

As the process takes five hours, it might not be quite quick enough for the Ugly Sisters to use for changing into their numerous outfits, but it’s definitely a step towards weaning them off fast fashion.

Due to quiet urban areas and poor waste management during lockdown, the number of rats in the UK has soared by 30 million this year. To make matters worse, a cold winter and further lockdowns could easily lead to a surge of infestations, as the rats seek out winter homes.

Thankfully, some recent innovations could represent significant victories in the war against food waste, and thereby discourage rats from visiting your home or business. For instance, a sensor has been developed by MIT engineers that pierces packaging and samples food for signs of spoilage or bacterial contamination.

Microneedles made of edible proteins draw fluid into the back of the sensor, which is printed with two types of specialised ink that change colour depending on the status of the food. As well as preventing infections, this sensor could allow consumers to ascertain if food that has passed its sell-by date is still safe to eat, thereby preventing waste.

On a similar note, Hong Kong-based startup, Ixon Food Technology, has developed an innovation capable of sterilising food products at low temperatures, known as Advanced Sous-vide Aseptic Packaging (ASAP). The technology can keep meat fresh for up to two years without the use of preservatives or refrigeration, and the fact that the foods are not exposed to temperatures above 121c means that they retain all of their taste, texture, and nutrients.

Furthermore, ASAP has the potential to eliminate the costs and energy usage involved in refrigerating the food during storage and transport, and could reduce wastage by preventing foods from spoiling before consumers are ready to eat them.

Let’s hope that these exciting innovations succeed in preventing food waste, otherwise our urban areas might soon be overrun by King Rat and his minions.

If the idea of Christmas dinner leaves you feeling guilty due to environmental and animal rights concerns, fear not. A plant-based Christmas box has been launched by Rudy’s Vegan Butcher, the first of its kind in the UK. The box features a plant-based seitan Turk’y roll made with hazelnuts and cranberries and filled with soysage stuffing, which is accompanied by sides such as parsnips, Brussel sprouts with baycon bits, and plant-based Christmas ham. The first boxes took less than an hour to sell out, and are available every Sunday before Christmas.

Other exciting developments are taking place in the world of veganism. For example, a vegan innovation centre is set to open at the end of 2021 by Swedish-Danish vegetable oils and fats producer AAK. The centre, which will be situated in the Netherlands at Zaandijk, will feature an analytical laboratory, a customer experience kitchen, two pilot plants, and a sensory suite.

It represents further evidence of AAK’s commitment to vegan innovation, which has been previously demonstrated by the launch of its AkoPlanet platform in 2019, which assists companies in meeting the rising demand for plant-based food. For instance, it developed a dairy-free cheese topping for pizzas alongside two Chinese firms. With meals like these, Priscilla might be off the menu this Christmas.

The cow has a rather dubious reputation when it comes to environmental issues, due to its tendency to emit 150 to 260 pounds of methane every year. However, a team of scientists from Clarkson University have proven that cows could benefit the environment, through their discovery that waste milk can capture carbon dioxide.

After using a secondary agent to create miniscule holes in the structure of powdered milk, the scientists learned that the milk then acted as a sorbent and sequestered activated carbon. This process could be used to capture carbon dioxide emissions from power plants, and offset the methane emissions released by cows, thereby benefitting the environment.

Mario Wright, the co-author of the study, has argued that powdered milk allows for much better control than other materials currently used to capture carbon, such as coal or coconut shells.

Furthermore, given that 50 million gallons of milk are wasted every year, this process could help the dairy industry, by putting excess milk that would otherwise have been squandered to excellent use. Maybe selling Daisy for those magic beans wasn’t such a good idea after all.

Given that most laundry and cleaning products currently made by large businesses contain chemicals made from fossil fuel stock, it’s fair to say that many companies will need to clean up their acts.

Thankfully, Unilever has made a key step forward in this area, by pledging to replace all of the fossil fuel-derived carbon from its laundry and cleaning stock with recycled, captured, and natural carbon by 2030.

The company has estimated that it will reduce the carbon footprint of its laundry and cleaning product portfolio by one fifth through this commitment, and is also open-sourcing its framework for categorising and procuring fossil-free alternatives.

To meet its goal, Unilever will be using “green” carbon from terrestrial habitats, “blue” carbon from marine plants, “purple” carbon from carbon capture and storage facilities, and “grey” carbon from waste material recovery centres. Persil’s liquid detergent was the first formula to be altered in accordance with the new commitment, and is now made with plant-based carbon. Looks like Twanky’s laundry will be a lot more eco-friendly next Christmas.

As was noted in the previous Green Innovations update, there is an urgent need to reduce aviation’s impact on the environment. So, innovations that represent progress in this field are welcome developments indeed.

Promisingly, Airbus has unveiled three concept designs for planes primarily powered by hydrogen, which would enable zero-emission flights. One of the designs has a range of over 2000 nautical miles, and could potentially decarbonise journeys between continents. That said, Airbus has stated that “significant” investment from airports and governments will be required in hydrogen transport and refuelling systems, and green hydrogen generation infrastructure, to make the designs a commercial reality. Hopefully, the necessary support will be provided, and Airbus will be able to begin operating commercial flights with the ZEROe range by their planned goal of 2035.

Perhaps Peter Pan will be flying with hydrogen instead of pixie dust in the future.